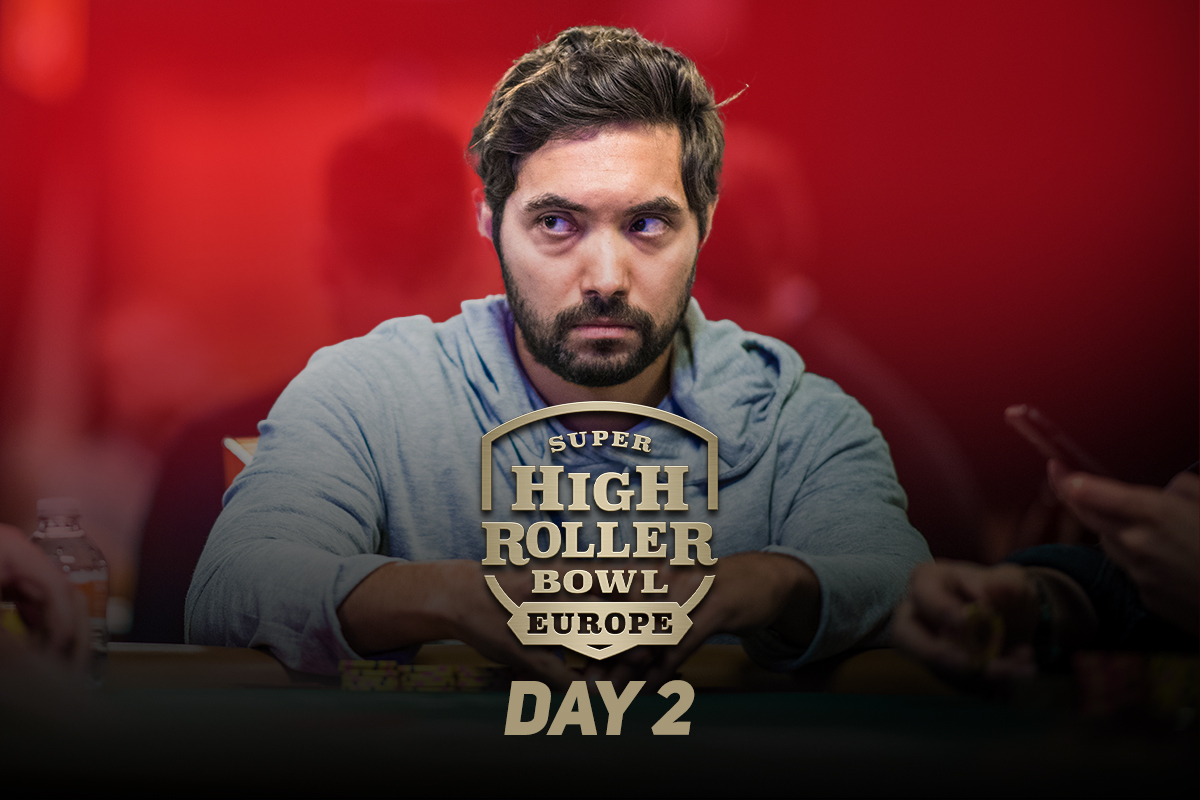 Day 2 of the inaugural Super High Roller Bowl Europe kicked off from Merit Royal Hotel Casino & Spa in North Cyprus on Tuesday with the 35-entrant field expanding to 41 entrants once registration closed. Following a long day on the felt, that began with 22 players, just the final six would remain with Poland’s Wiktor Malinowski holding the chip lead heading into Wednesday’s final table.

David Coleman, Mikita Badziakouski, Stephen Chidwick, Event #1 winner Phil Ivey, and Event #3 and #7 winner Tony G were all early casualties on Day 2. Once Linus Loeliger was eliminated in tenth-place, it would be Ivan Leow and David Peters sharing a near-equal chip lead over the final nine players.

David Stamm exited in ninth-place when his pocket kings were outdrawn by the pocket eights of Leow, while Michael Addamo exited in eighth-place when his king-queen was unable to spike against the ace-king of Zhuang Ruan. Although he held the chip lead at various stages at the final table, Ali Imsirovic would be eliminated on the money bubble when he four-bet shoved ace-deuce but was called by Malinowski’s ace-king. Imsirovic flopped a wheel draw but bricked out and was eliminated in seventh-place on the money bubble as play ended for Day 2 with just six players remaining.

Malinowski holds the chip lead at the final table on the back of his elimination of Imsirovic on the money bubble. Malinowski has two-time Super High Roller Bowl champion Timothy Adams snapping at his heels as he’ll be looking to join Bonomo as a three-time champion. Zhuang Ruan made a splash at the recent Seminole High Rollers, and he’ll be looking to double his career earnings if he finishes in at least fifth-place. Ivan Leow sits in fourth overall and can move into third on the Malaysia All Time Money List with a win. Two-time U.S. Poker Open champion David Peters sits in fifth overall, and with a victory, he can move into third-place on the PokerGO Tour leaderboard presented by Guaranteed Rate. Viacheslav Buldygin rounds out the final table in sixth-place, but if he can turn it around and win, he’ll soar into seventh-place on Russia’s All Time Money List.

The Super High Roller Bowl Europe final table will be available to watch on PokerGO.com from 7 a.m. ET with Brent Hanks and Jeff Platt providing commentary of all the action until the winner is crowned.