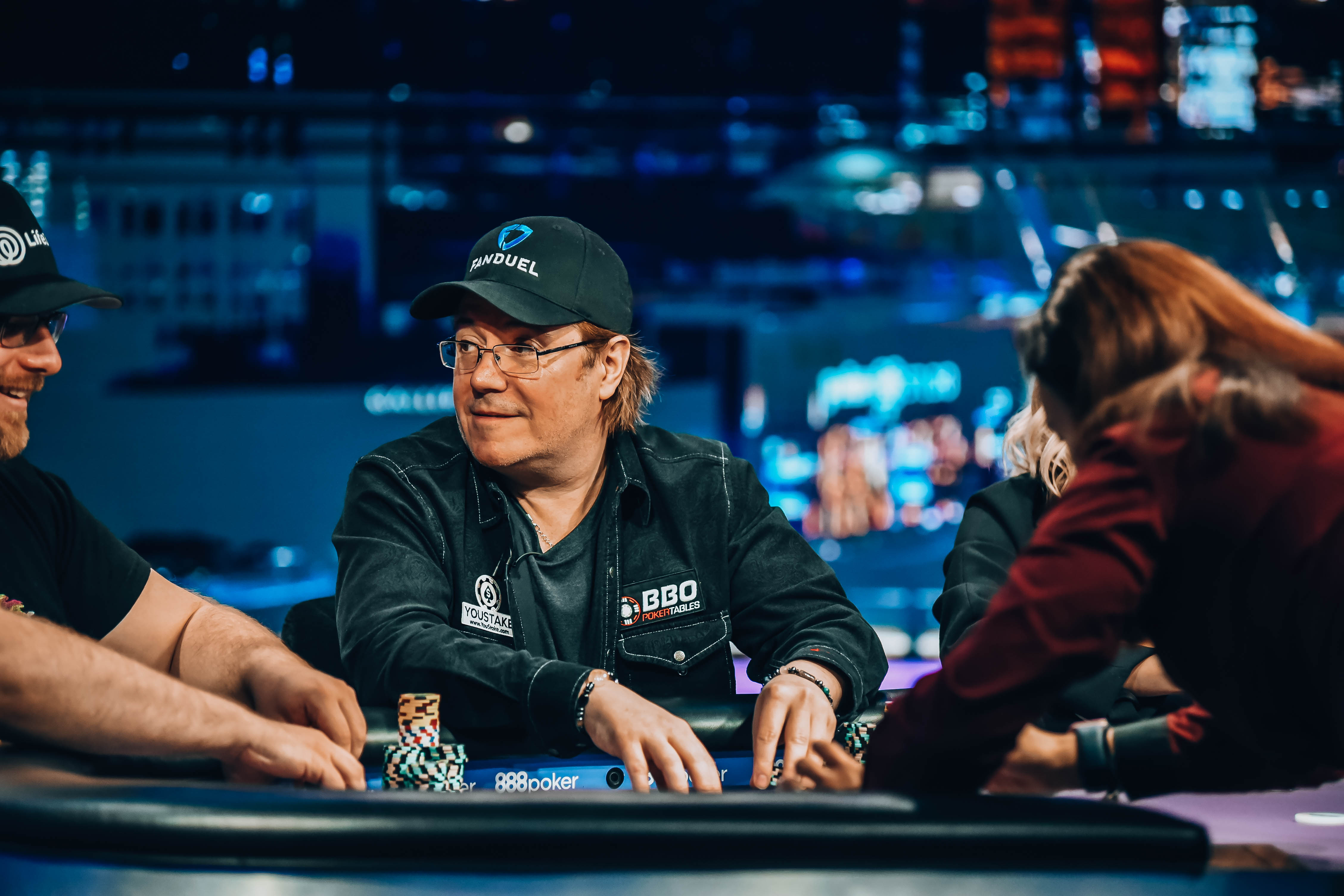 Jamie Gold in action during the first night of "Golden Nights" on Poker After Dark in the PokerGO Studio.

In line with this week’s live action on Poker After Dark “Golden Nights,” we’ve dug deep into the archives and present you with all the prior episodes Jamie Gold appeared on! Excited for some current action? Relive the first night of “Golden Nights” right here and tune in for live action at 6:00 pm ET on Friday, April 26th as Gold goes up against the likes of Daniel Negreanu and Randall Emmett.

Jamie Gold won the 2006 World Series of Poker Main Event for $12,000,000 and has been a mainstream celebrity since then. The name “Gold” was perfect for his big win and along with his crazy antics, blueberries, table talk, and aggressive moves, everyone wanted to be him in their local home games.

Not looking to waste any more time reading this article? Dive right in and start watching shows such as WSOP Champions, Golden Men, Of Mouth and Men, and World Champions.

Jamie Gold on Poker After Dark

As mentioned above, Gold appeared on Poker After Dark four times during the first three seasons. See the overview below to pick your favorite lineup and start watching now!

Can’t get enough of the poker action? Here are some more Weekend Binge Watch suggestions:

New to PokerGO? Subscribe right now to enjoy more than 100 days of live poker every single year as well as an endless supply of on-demand content including the Super High Roller Bowl, World Series of Poker, and original programming such as Pokerography, Poker Nights, and Beyond the Rail.