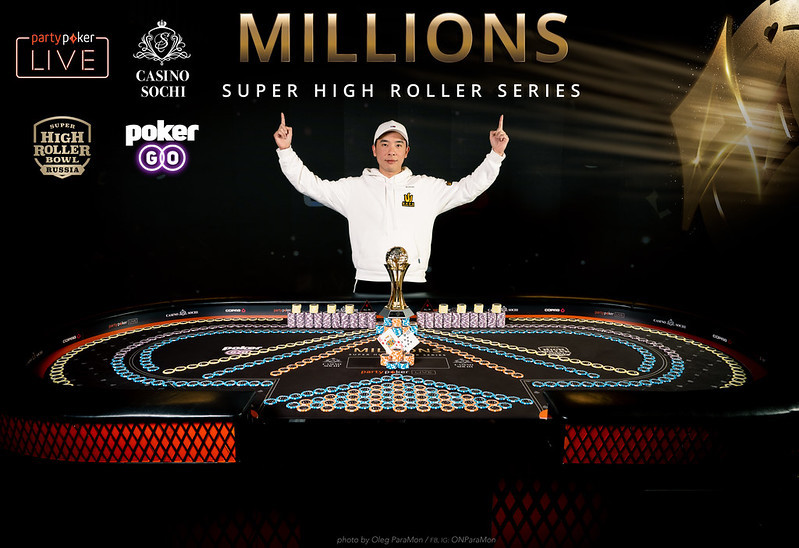 Phua ended up responsible for half the knockouts on the final table, moving on to short-stacked Danny Tang, whose preflop jam with king-queen offsuit saw Phua call – and hold – with ace-queen suited.  The two of them had kept up some lively table banter along with Ivan Leow which continued while Tang saw his hopes for the trophy fade over the unhelpful run-out.  Tang picked up $122,000 for fifth place, leaving the final table with only one player in any danger chip-wise: Leow, with less than half the stack of any of his opponents.

After maneuvering his stack through a couple of orbits, Leow found a spot and ace-jack of clubs; Phua’s ace-queen took him on preflop and then took him out in 4th ($152,500).  Leow came into this final table fresh of the back of his runner-up finish to Sam Trickett the night before in Event #2 ($25,000 “regular deck”), which netted him $290,000.

Three-handed play lasted less than five minutes, with Thai Ha losing flush-under-flush on a dramatic river against Chan, who topped the ten million chip mark and never went under it again.  With Ha winning $213,500, the trophy was now in reach of both remaining competitors, who found themselves deep stacked and unwilling to commit large amounts of chips to any pot for a level or so.  Phua fought back to nearly even, but in the end was whittled to 3,000,000 with the big blind ante at 200,000.  Chan set him in preflop with king-ten and he took a stand with ace-jack, the king-high board putting a stop to the erstwhile cagy heads up battle. 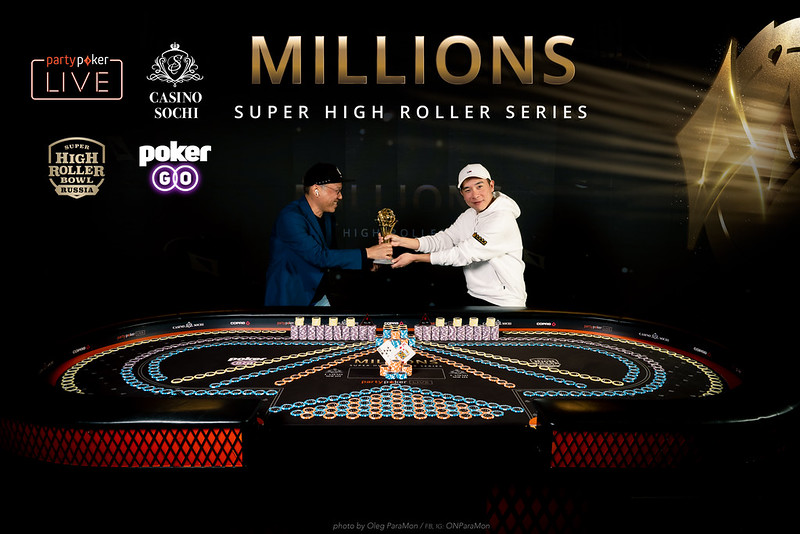 Live reporting (and the PokerGO live stream) now switches to coverage of Event #4: $50,000 No Limit Hold’em, Day 1 of which is running now.  The final table will be streamed starting at 7am EDT/2pm local time. Subscribe to PokerGO right now to never miss any of the action.