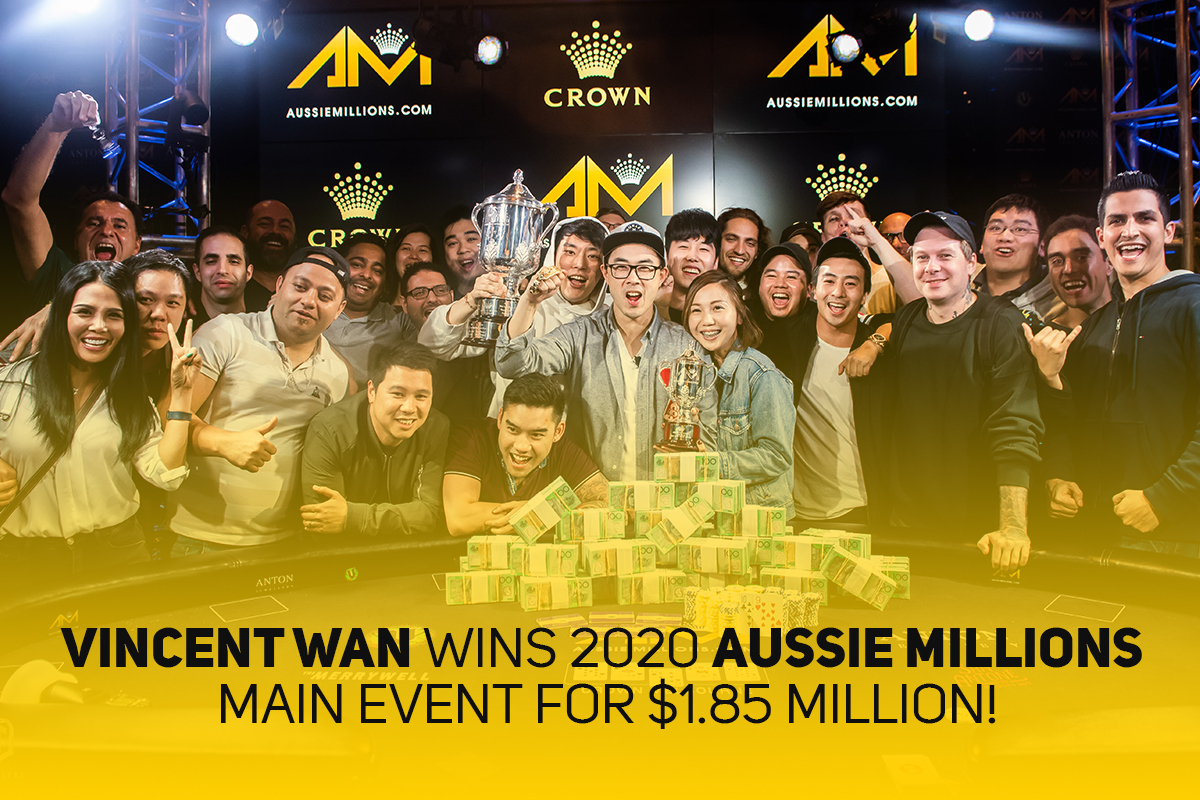 One of the most prestigious events of the year has wrapped up with Vincent Wan coming out victorious after a 15-hour final table battle that lasted for a whopping 414 hands. You can relive the entire final table on PokerGO right now with commentary by Jason Somerville, Brent Hanks, and Joe Stapleton.

The final table started with seven players including Poker Hall of Famer Erik Seidel and it was Nicolas Malo who busted out first in seventh place. Malo ended up all in with ten-eight on jack-eight-nine versus Nino Ullmann’s queen-ten. On the same hand, Gareth Pepper played his kings coy before the flop only to fold then after the action went crazy on the flop, saving Pepper his tournament life. Malo collected $240,080 for his efforts.

Oliver Weis busted in sixth place for $307,820 when he ran his king-ten suited in the ace-king of Gareth Pepper. One of poker’s biggest names, Erik Seidel, busted in fifth place for $378,660 when he didn’t find a way to win with ace-ten versus the ace-jack of Vincent Wan.

Germany’s Nino Ullmann busted in fourth place for $480,160 in a very interesting hand. Ngoc Tai Hoang limped with pocket queens after which Ullmann checked with ten-seven. The flop brought out ten-seven-five giving Ullmann two pair. Hoang bet 300,000 and Ullmann called. The turn brought a jack and Ulmann bet 800,000 after which he was put all in by Hoang. Ullmann made the call only to see his two pair get counterfeit by a river five to send him to the rail.

A three-way deal was made, as reflected in the payout overview above, and Gareth Pepper busted shortly after the deal was made, taking home $1,000,000. Pepper moved all in with nine-deuce and busted out to Wan’s ace-three.

It took another couple hours before the winner was crowned as Hoang busted in second place, taking home $1.3 million. Hoang ended up all in with ace-three but couldn’t hold up against Wan’s ace-three.