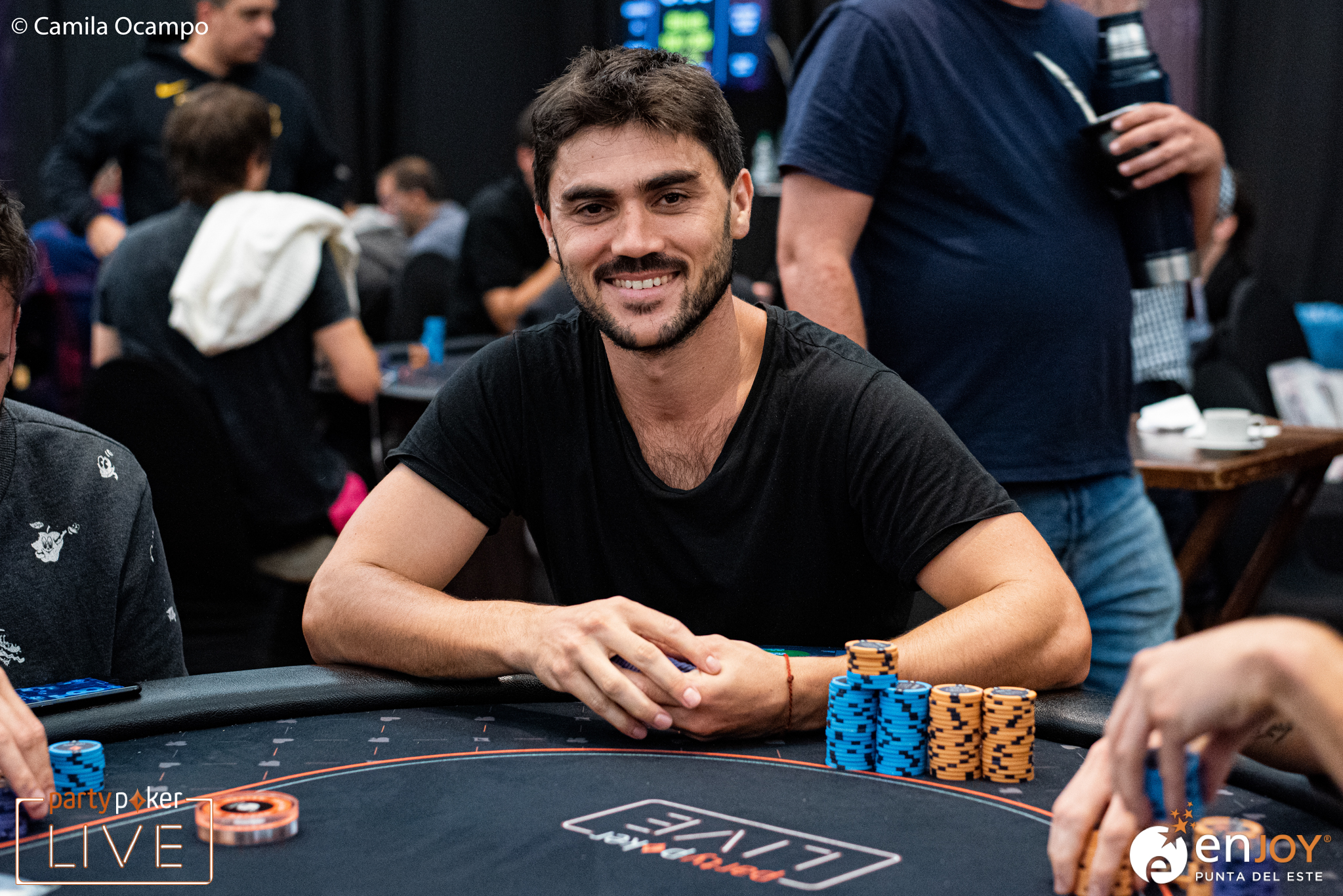 Day 1a of the partypoker MILLIONS South America Main Event is in the books, and it’s Uruguay’s own Fabrizio Gonzalez headlining. Over the eight one-hour levels played, he turned his one million starting stack into well over 5.5 million.

Play got underway in Punta del Este’s premier resort Enjoy Punta del Este with several tables in play. Players entered en masse throughout the day, with the clock eventually displaying 155 entries. Of those 155, 81 remained after Day 1a was done.

Roberto Romanello, who cashed with his two brothers in last month’s partypoker MILLIONS UK, started strong but eventually fell way before the day was over. In his final hand, he couldn’t out flop, turn, or river kings with ace-jack.

His partypoker colleagues Joao Simao and Ludovic Geilich didn’t do much better, entering and exiting without much fanfare. Geilich was one of the first players out, running ace-king into queens with the latter rivering a straight.

Gonzalez performed best on Day 1a and was the life of the party. He chatted it up with just about everyone at his table and was involved in the majority of the hands played. While that might not sound like a recipe for success, Gonzalez’s talent made up for the sometimes inferior starting hands he played. He busted players left and right, bet, raised, and shoved throughout the day, and ended up with the lead.

Robert Heidorn vied for the lead with Gonzalez throughout the day, ultimately ending in second place. Heidorn already had a strong day when he squeezed with aces and flopped top set. His opponent flopped bottom set of fours and had to leave all of his chips to Heidorn.

On Wednesday, another starting day awaits, with eight levels scheduled for Day 1b. Players having busted Day 1a can reenter if they so please, and even players surviving the day can give it another try as it’s best-stack forward that goes here in Punta del Este. Check back tomorrow for more partypoker MILLIONS Main Event live updates! The PokerGO live stream of Day 1b kicks off at 3:30 pm ET.