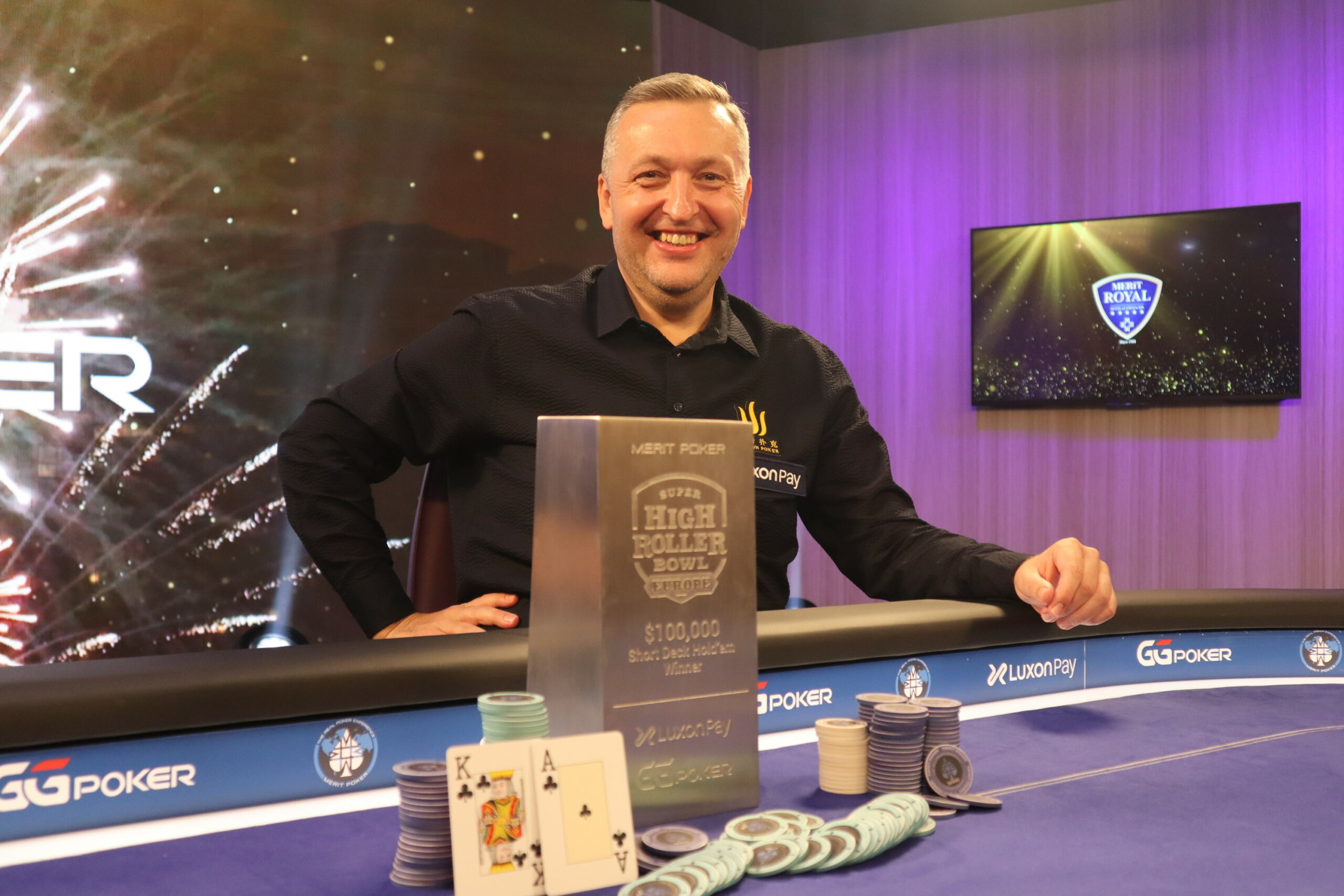 is laying claim to being the best Short Deck player in the world after he won his second Short Deck event at the Super High Roller Series Europe. Following his win in Event #3, Guoga won Event #7: $100,000 Short Deck for $1,196,000 to extend his lead at the top of the Lithuania All Time Money List with just over $8.8 million in lifetime tournament earnings.

Event #7: $100,000 Short Deck attracted 26 entrants and created a prize pool of $2,600,000 that paid the final four players. Stephen Chidwick, Seth Davies, Mikita Badziakouski, Michael Zhang, and Event #1 winner Phil Ivey all hit the rail throughout the day before Cary Katz was eliminated on the bubble to end Day 1 action. Danny Tang held the chip lead for the second time heading into the PokerGO streamed final table ahead of Guoga, Paul Phua, and Santi Jiang who had cashed in every Short Deck event of the series.

The chip lead flipped back-and-forth between Tang and Guoga to start the final table before Jiang was eliminated in fourth when his pocket queens were outdrawn by the ace-king of Guoga to give him a sizable chip lead over his remaining two opponents. Phua managed to find a few doubles before Tang would be eliminated in third-place when his king-ten was no match for Phua’s pocket jacks as the Malaysian entered heads-up play holding a slight lead over Guoga.

Guoga took the chip lead when he pushed Phua off a hand where he held trips, and then Guoga continued to extend his lead with pocket kings. The final hand would see Phua all-in with aces against the ace-king suited of Guoga. Guoga went runner-runner flush to eliminate Phua in second-place, while he would win his second Short Deck event of the series and collected $1,196,000 in prize money while be crowned the Event #7 champion.

As a result of this event’s conclusion, Jiang and Guoga move into 21st and 22nd respectively on the PokerGO Tour presented by Guaranteed Rate leaderboard.