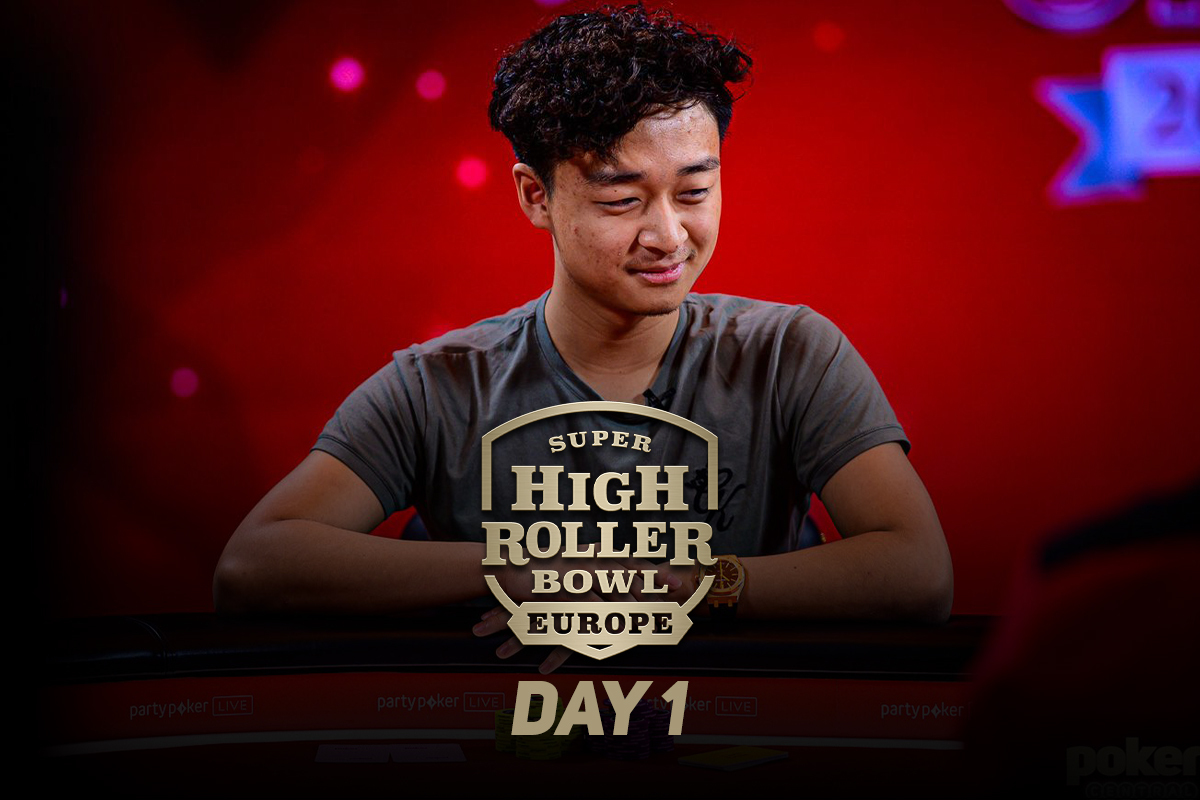 Super High Roller Bowl 2017 champion Vogelsang was one of the first casualties when his pocket kings were cut down by runner-runner trips before Adams joined him on the rail before both players re-entered the field after exercising their single re-entry option. Brewer would run ace-queen into the ace-king of Imsirovic but soon re-entered along with Ivan Leow. Unfortunately for Brewer, he would see his final bullet end at the hands of Leow when he lost a race holding pocket nines against ace-ten. As play entered into Level 6, Pascal Lefrancois, Sergio Aido, Addamo, and Imsirovic all were eliminated, while Vogelsang joined Brewer officially on the sidelines as Day 1 ended with 22 players remaining.

The 35-entrant field has yielded nearly a $9 million prize pool, but registration remains open until the start of play on Day 2. Players that re-enter or late register will begin with 250,000 in chips with beginning blinds of 2,500-5,000 and a 5,000-big blind ante.

Day 2 will be available to watch on PokerGO.com from 7 a.m. ET with Brent Hanks and Jeff Platt providing commentary of all the action from Super High Roller Bowl Europe.