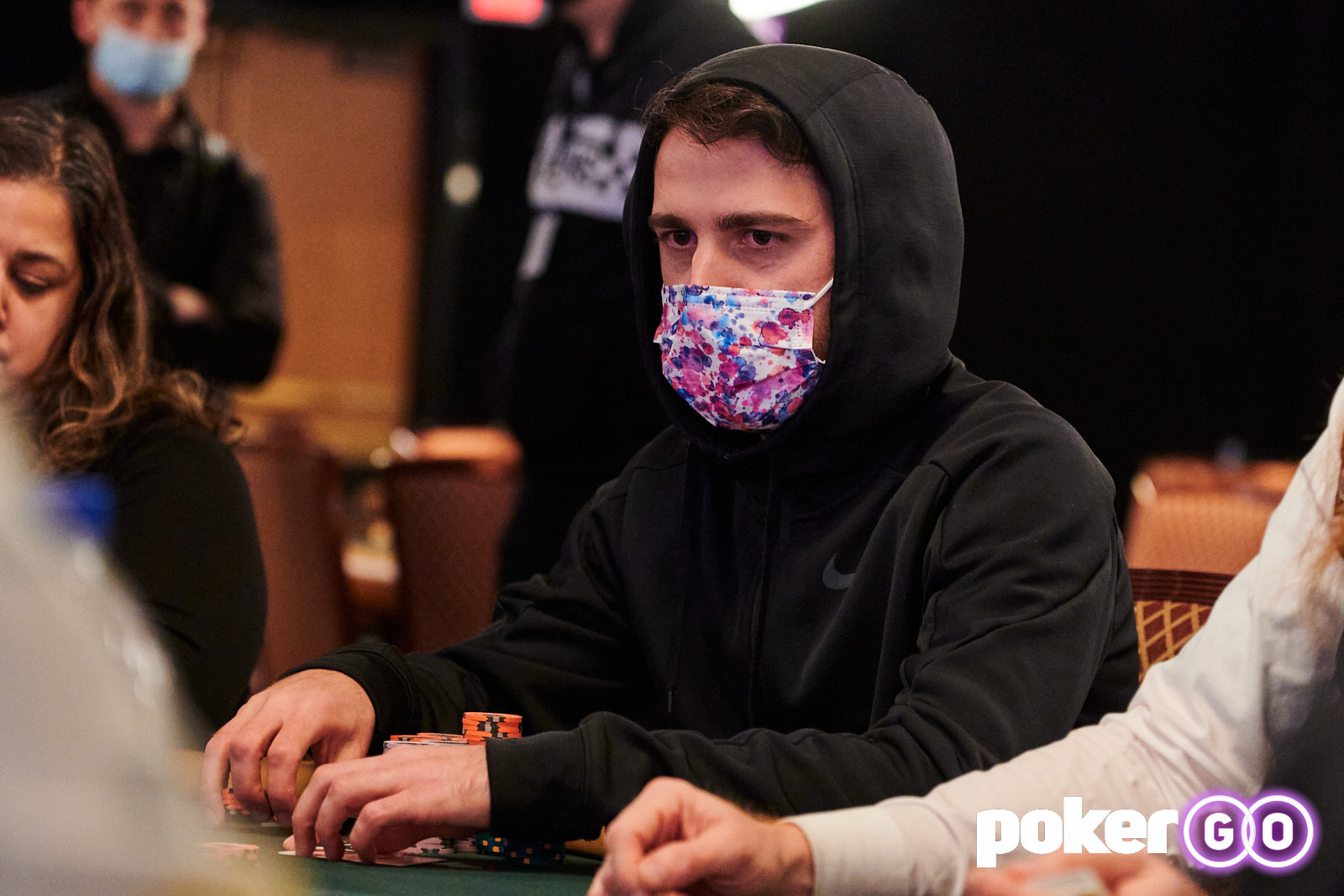 Day 5 of the 2021 World Series of Poker Main Event is in the books, and what’s left is a field of 96 players heading to Day 6. Leading the way is Koray Aldemir, and he’s one of three players to finish Day 5 with an eight-figure stack. Let’s take a look at some key storylines for Day 6 plus give our predictions for how those headlines will play out.

Three Germans In the Top Eight

Koray Aldemir is leading the way with 14.235 million, but he isn’t the only German player to bag up a big stack. Andreas Kniep finished seventh in chips with 8.515 million and Tonio Roder bagged 8 million for the ninth-largest stack.

Aldemir has already recorded his best WSOP Main Event finish to date. His previous best was a 362nd-place result in 2015. Kniep is also earning his best-ever finish in this event, after having placed 173rd in 2018 before. The same goes for Roder, who is making his first WSOP Main Event cash.

Prediction: One of these three German players is going to make the 2021 WSOP Main Event final table. Our best guess is that it will be Aldemir. He’s that good of a player, has the big stack at his disposal, and has experience on some of poker’s biggest stages.

Every year, there are one or two players in the WSOP Main Event that really stand out from the pack. This year, that’s Nicholas Rigby. Rigby plays in an entertaining fashion and his rail is over the top. Plus, his rail is only going to get bigger, he told PokerGO, as more of his supporters are coming in for Sunday’s Day 6.

Rigby says he plays a lot in private games in Pittsburgh, and he’s certainly not one to shy away from the spotlight in the 2021 WSOP Main Event. We can’t wait to see what he has in store for everyone come Day 6.

Prediction: You’re either going to hate Rigby or love him, but that’s what makes him so great. If you don’t like entertaining poker play or loud rails, you might not like Rigby, but that doesn’t mean he won’t provide one heck of a good time at the table. If you’re a fan of those things, and we sure are, then you’re going to love what the guy brings to the tournament. We can’t predict how far Rigby will go, but we can predict that it’s going to be one heck of a ride for however long he lasts.

Argentinian rapper Alejandro “Papo MC” Lococo is doing his thing in the 2021 WSOP Main Event. He made quads at the end of Day 5 to boost his chip stack before finishing on 7.805 million. Lococo is also a PokerStars ambassador and has 2.6 million followers on Instagram.

Lococo has a small amount of success on the felt, with $118,000 in live tournament earnings entering the 2021 WSOP Main Event. He’s making his second-ever WSOP cash after he recorded one in 2019, and this is his first in the World Series of Poker Main Event.

Prediction: With as much reach as Lococo has on social media, it would be great if he can keep running deep. He clearly loves the game and is certainly looking to do bigger things on the WSOP felt than he already has. We’ll predict that Lococo continues to thrive in the WSOP Main Event and reach the final 27.