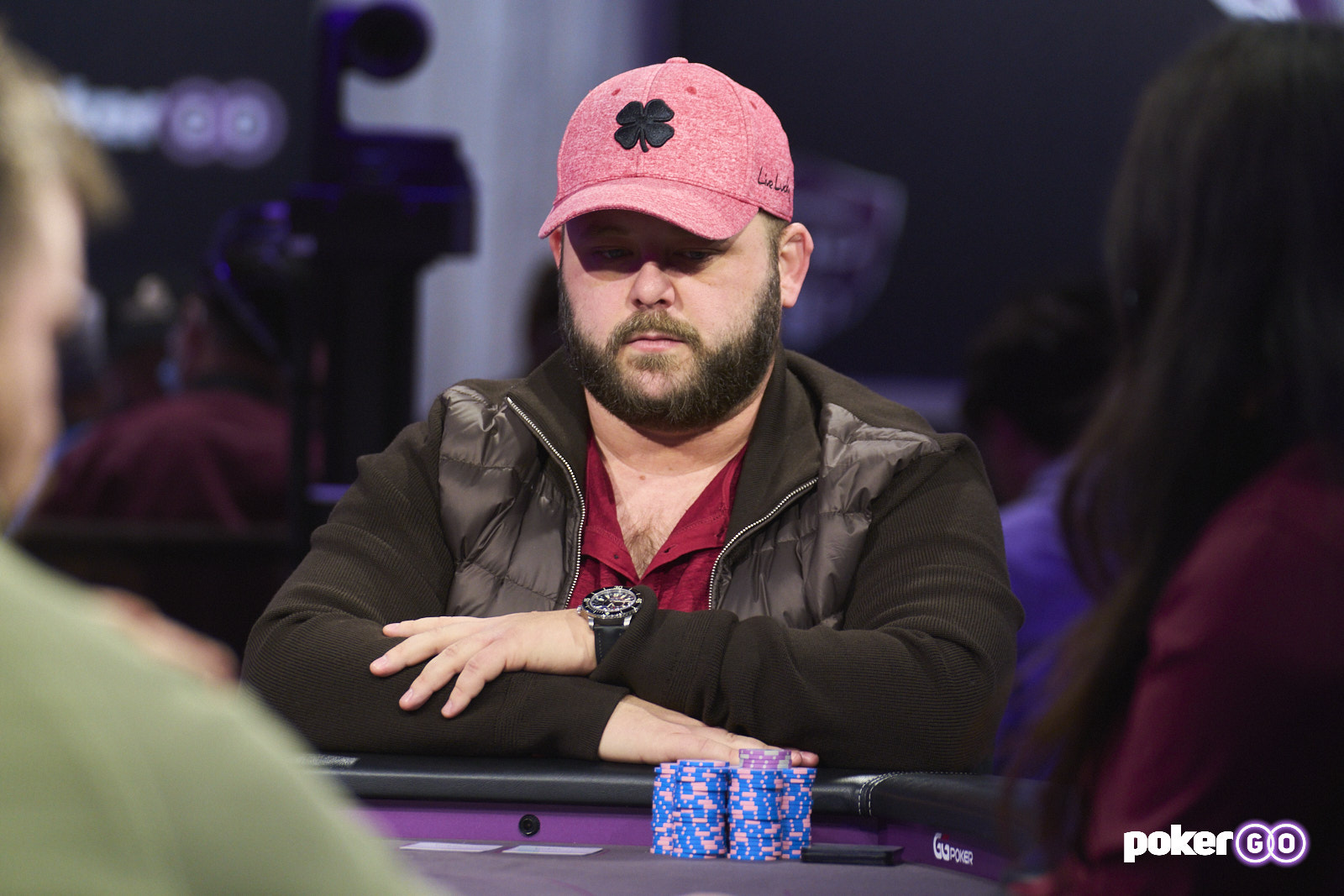 Scott Ball and Darren Elias will be playing on a streamed final table for the second day in a row, and they will be attempting to improve upon their fifth-place and third-place finishes, respectively, which they earned in the first PokerGO Cup event.

Ball finished the day as the clear chip leader in PokerGO Cup Event #2, holding nearly one-third of the total chips in play. He held a solid stack for a good portion of the day and came into the final table second in chips, but he soon found himself in a three-way all-in against Dan Shak and reigning PokerGO Tour Player of the Year Ali Imsirovic, with the latter covering Ball. Ball lost the main pot to Shak, but claimed the huge side pot against Imsirovic to take the chip lead, which he retained until the end of the day.

Jake Schindler had accumulated a healthy chip stack late into the day and held one of the top stacks with just over a million chips, but lost a good chunk of it soon after, and ultimately, fell in 13th place to burst the money bubble when his king-queen couldn’t improve against the pocket jacks of Imsirovic.

Michael Lang then lost a big pot to Imsirovic when he couldn’t improve his flush draw against his opponent’s turned trips and finished in 12th, although this marks the second straight day of cashing for Lang, as he finished in sixth in Event #1.

Next to go was Nick Schulman who got his chips in with pocket nines against Kenney’s pocket fives, but a river five sent Schulman to the rail in 11th place. Sam Soverel rounds out those who cashed without making the final table of nine, as his pocket fours were up against Ball’s suited ace-deuce. The river gave Ball a flush and positive momentum heading into the final table, while Soverel was gone in tenth.

At the final table, Stephen Chidwick ran jacks into Brock Wilson’s queens and failed to improve, ending his run in ninth place. Although Imsirovic scored a double after he lost most of his chips to Ball and was left with crumbs, he was the next player to exit in eighth when his remaining chips went to Wilson. Wilson was looking to survive until the end of the day, but ultimately, it was he who fell in seventh when he ran king-queen into Kenney’s ace-queen and failed to improve.

Earlier in the day and on his way to holding the second-highest chip stack, Kenney had turned a nut flush to eliminate defending PokerGo Cup Champion Daniel Negreanu to gain chips and momentum as the money bubble loomed.

Katz was dangerously close to not making it to the finale of Event #2 when his ace-queen ran into Wilson’s pocket queens near the end of the night, but he found an ace on the flop to stay alive and he finished the day third in chips. He is also one of four players to cash for the second consecutive day.

Perry had an entertaining and eventful day and was seen nursing a short stack for much of it leading up to the bubble, when he confidently and correctly predicted he would limp his way into the money before going on a run, which he hopes will continue and culminate in victory.

Shak and Elias were the two short stacks when the final table of nine began, but they found ways to build their stack and will return to the Event #2 finale with more chip-building on the agenda.

When play resumes, Level 15 will continue with 15:46 remaining and the button will be in Seat 3

The final six players will return to the PokerGO Studio on Friday, February 4, at 12 p.m. PT, with the final table airing on PokerGO.com at 1 p.m. PT as they play down to a winner.