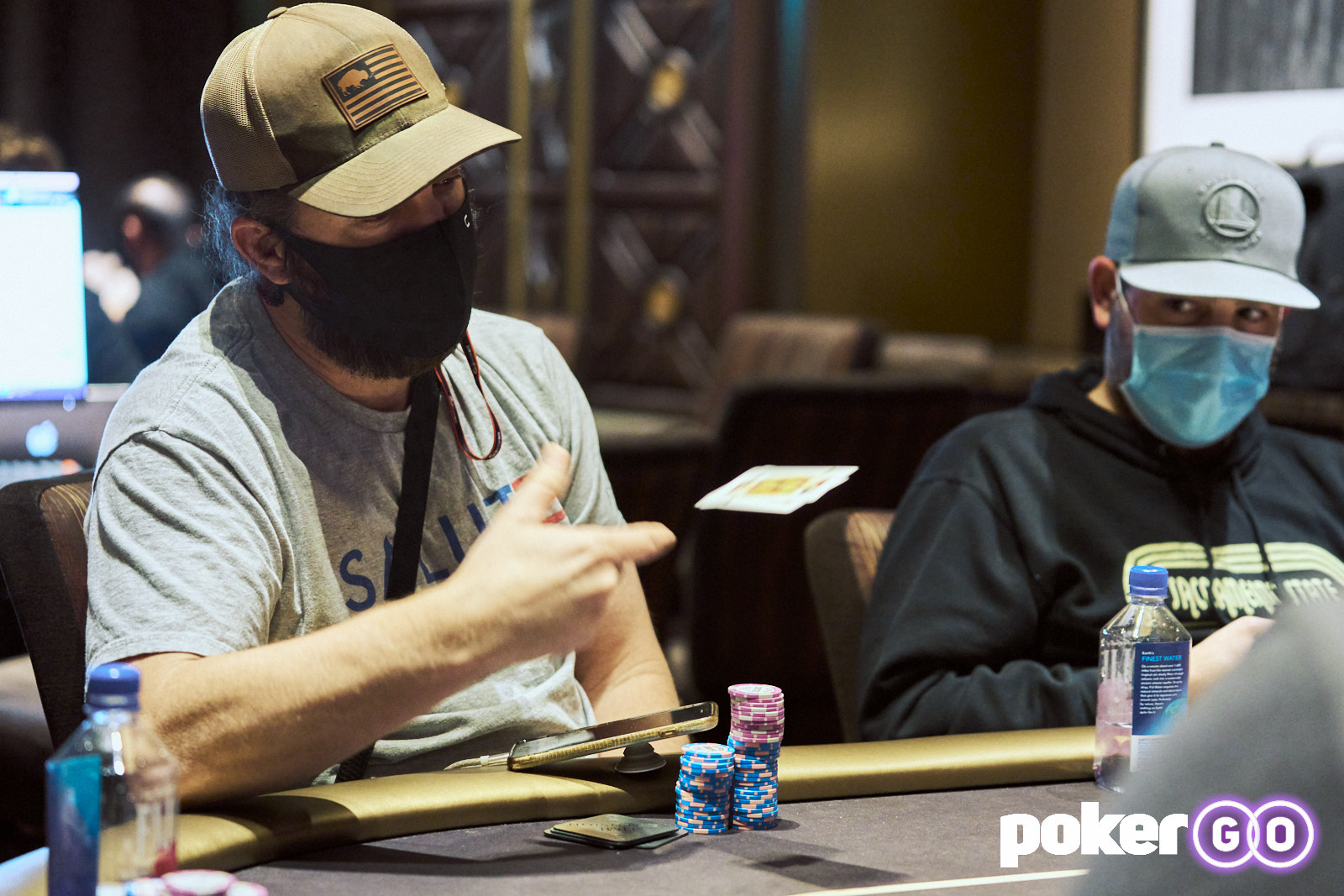 The first-ever PokerGO Stairway To Millions kicked off on Wednesday, January 12, inside the poker room at ARIA Resort & Casino. The $1,100 buy-in tournament drew a field of 190 entries. Over the course of the first day of play, the field was whittled down to the final six players, with Rich Dixon in the lead heading to Day 2.

Dixon moved into the chip lead late on Day 1 when he doubled through Anooshahr. Dixon had three-bet preflop and then bet all three post-flop streets. Anooshahr called him down on the queen-ten-nine-six-two board holding pocket jacks. Dixon had pocket aces to get the full double up.

Sepiol was down to just two big blinds late on Day 1, but he was able to spin his stack up to finish on a much healthier 2,400,000. Sepiol lost almost all of his chips when Saliba doubled through him, but then Sepiol quickly doubled through Anooshahr to get back in the mix. To close out Day 1, Sepiol scored a double knockout of Lee Alejandro and Josh Willard.

From the field of 190 entries, the top 28 made the money. Cashing in the event meant a cash prize and a ticket to the next tournament. Among those to finish in the money but ultimately fall short of reaching the final six were Stanley Lee (11th – $5,700), Chance Kornuth (16th – $3,800), Shannon Shorr (24th – $3,800), and popular poker vlogger Brad Owen (28th – $3,800). Fellow poker vlogger Johnnie “Vibes” Moreno also competed in the event, as did Eli Elezra, Chris Moorman, Ryan Riess, Eric Baldwin, and Ali Imsirovic, both all fell short of reaching the money.