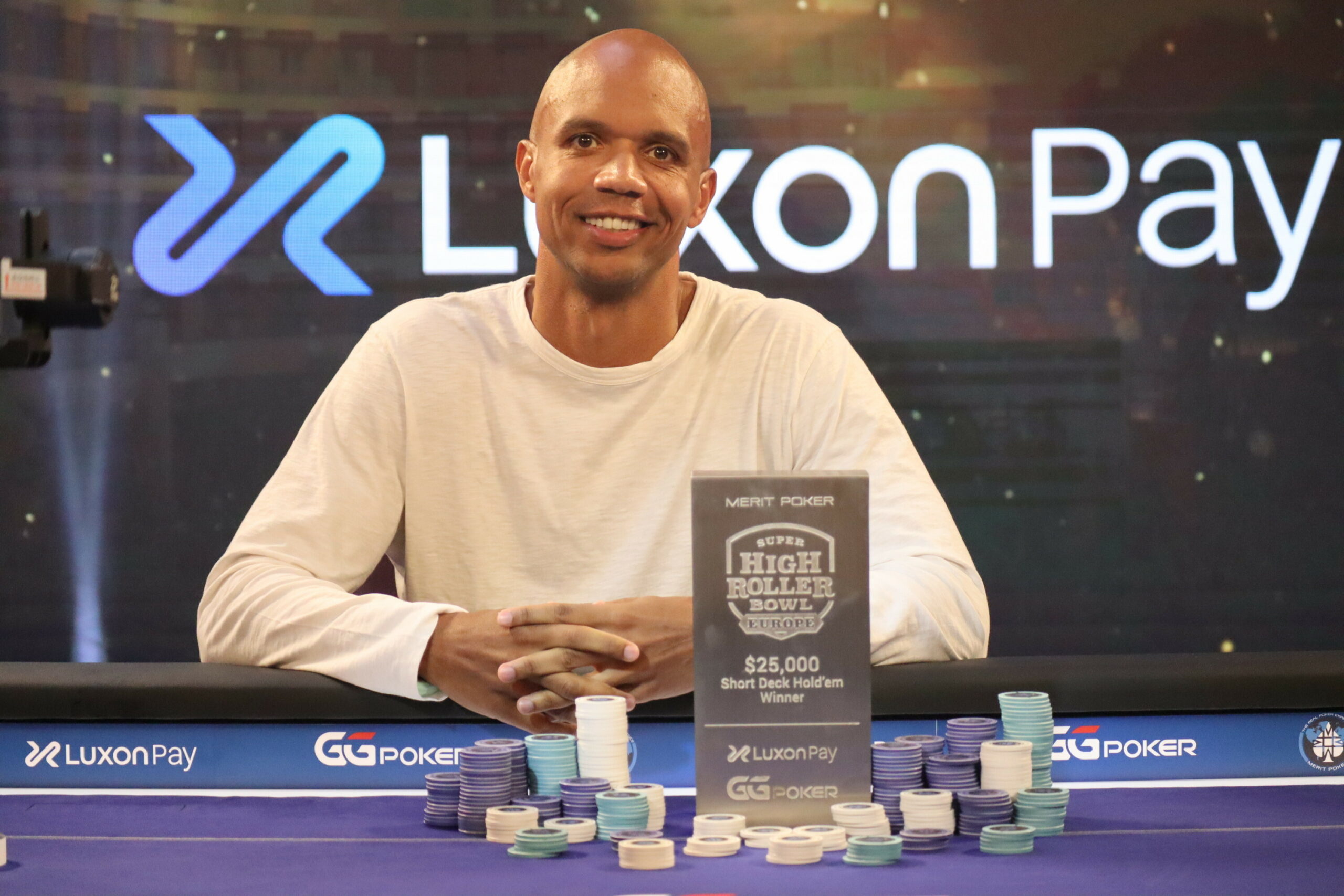 The opening event of the Super High Roller Series Europe has come to a conclusion with Phil Ivey winning Event #1: $25,000 Short Deck for $408,000. It is Ivey’s second victory of the year after winning the WPT Heads-Up Championship in June for $400,000, and also his third Short Deck win as his lifetime tournament earnings now eclipse $31.7 million.

The Merit Poker presents Super High Roller Series Europe is sponsored by Luxon Pay and GGPoker and features the $250,000 buy-in Super High Roller Bowl Europe. The series takes place at Merit Royal Hotel Casino & Spa in North Cyprus. All events are part of the PokerGO Tour presented by Guaranteed Rate, with players earning points based on the amount they cash for. The full PokerGO Tour presented by Guaranteed Rate schedule can be found here and the current leaderboard is available here.

Event #1: $25,000 Short Deck attracted a total of 48 entrants and created a prize pool of $1.2 million that would pay the final seven players. Timofey Kuznetsov, Richard Yong, Tony G, Cary Katz, Seth Davies, Michael Zhang, Danny Tang, and current PokerGO Tour leader Ali Imsirovic all were eliminated prior to Day 1 ending with the final table set. Stephen Chidwick held the chip lead entering the final table to sit ahead of Chris Brewer and Ivey as the final seven players were all guaranteed $48,000 in prize money but chasing the $408,000 first-place prize and title of champion.

Erik Seidel was the first to fall when his pocket queens ran into pocket aces before Xia Jiang He exited in sixth when his queen-jack was cut down by Chidwick’s dominating ace-queen. The final five players battled for several levels before Ivey doubled into the chip lead when his pocket aces held up against Brewer’s ace-queen. Ivey then eliminated Brewer in fifth, and Ihor Shkliaruk in fourth to hold a dominating chip lead over his final two opponents. Mikita Badziakouski managed to find two doubles before eventually seeing his ace-king cut down by Ivey’s pocket nines.

Ivey held nearly a four-to-one chip advantage over Chidwick, and after some initial back-and-forth, Ivey eventually ended the event when he shoved with king-ten and Chidwick called with ace-queen. Ivey flopped top pair before turning two pair, and when he faded Chidwick’s gutshot draw on the river, he was crowned the Event #1 winner and pocketed the $408,000 first-place prize.