You are here
Home > News > Nick Petrangelo Closes Stairway To Millions with $1,026,000 Win 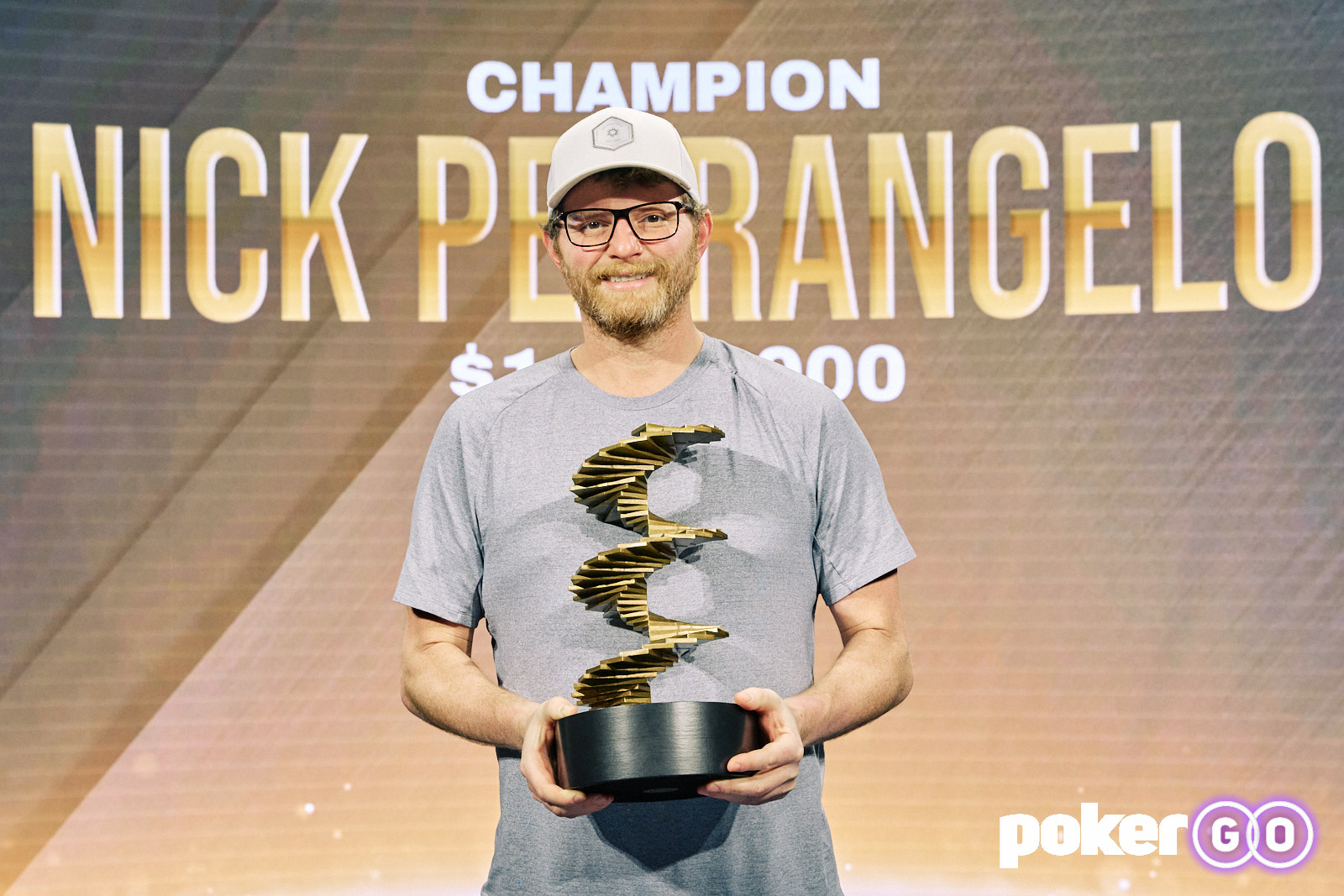 Petrangelo’s Road To Winning the Final Stairway To Millions Event

Nick Petrangelo won his entry into Event #8 when he cashed in Event #7. The uniqueness of the Stairway To Millions series was the combination of the best elements of a satellite tournament and a multi-table tournament. All players who cashed in an event won entry into the next event.

Petrangelo picked off a bluff from Stephen Chidwick in Level 3 to get a nice boost to his stack, then in Level 4, Petrangelo eliminated Chidwick to boost his stack further.

After registration closed, the field began to work its way down to the final nine players. After Jake Schindler was ousted in 10th place, the final nine competitors joined to a single table and it was Petrangelo in the lead as the only play with more than 1,000,000 in chips. Petrangelo then went on to knock out Ali Imsirovic in eighth place and Bill Klein in sixth place.

A little more than 20 minutes into play on Day 2, Peters found a double through Petrangelo when his king-queen of clubs bested Petrangelo’s pocket tens. That took a chunk of chips from Petrangelo’s stack, but he maintained his chip lead. Eventually, though, Perry worked his way into the lead, pushing Petrangelo back to second place. Petrangelo fought his way back into the lead but then lost another all-in pot when Peters doubled through him again, this time with pocket sevens against Petrangelo’s ace-nine of clubs. After that hand, Peters had the chip lead, Petrangelo was second, and Perry was third.

Peters began to extend his chip lead and worked his way up to 2,000,000. Petrangelo fell to become the shortest stack, but he and Perry were close in stack size. That’s when a pivotal hand took place between Petrangelo and Perry.

From there, Perry would be eliminated in short order, falling to Peters. That set up the heads-up match between Petrangelo and Peters, with Peters having 2,115,000 in chips to Petrangelo’s 1,685,000.

Petrangelo wasted little time in getting to work and taking the chip lead. Then, with the blinds at 40,000-80,000 with an 80,000 big blind ante, Peters picked up pocket sixes against Petrangelo’s ace-ten of clubs and the money went in. Peters had limped on the button, Petrangelo raised to 280,000, and Peters shoved for 1,475,000. Petrangelo called and won the flip thanks to making a flush on the turn.