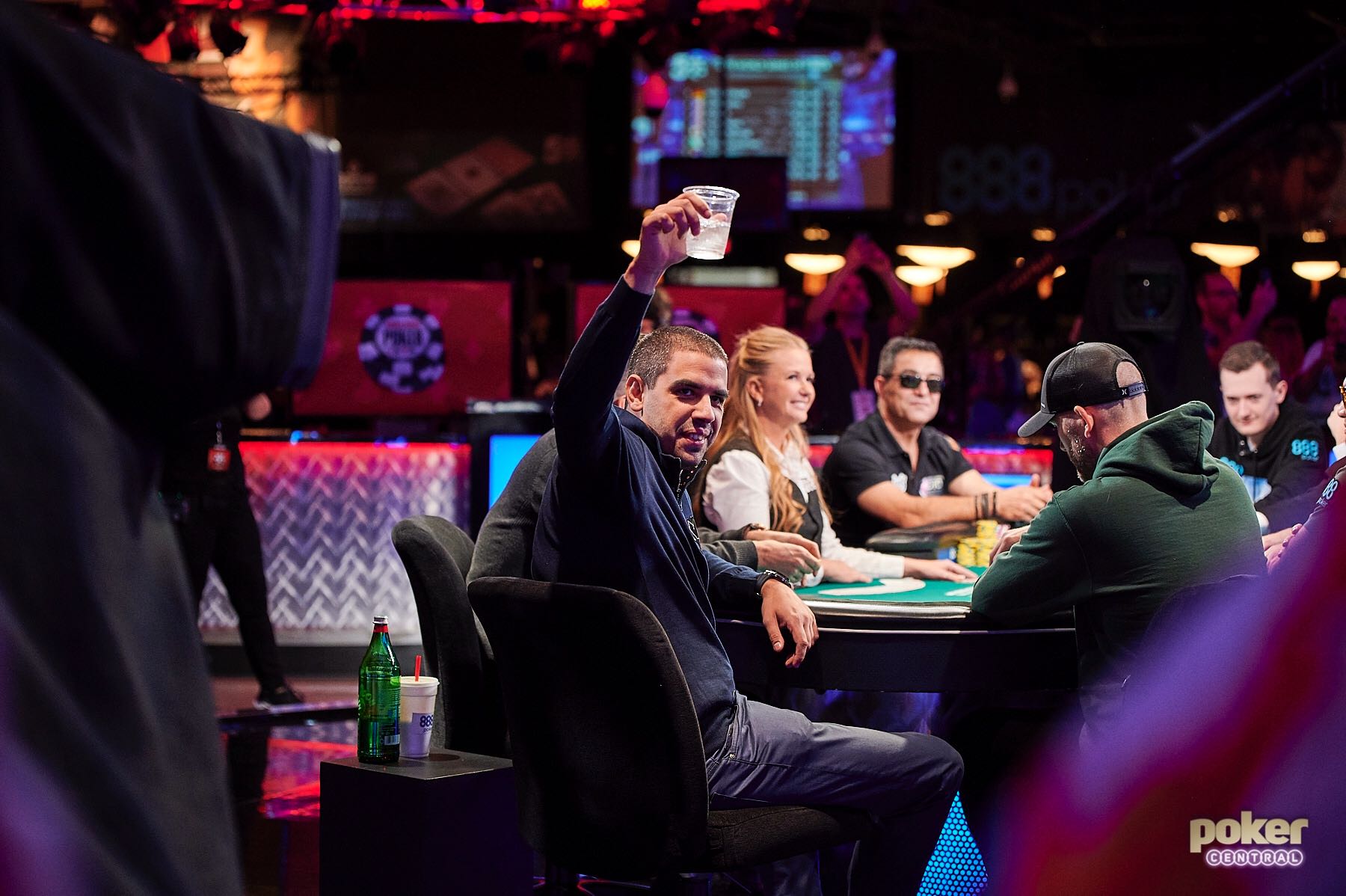 American based Serbian Milos Skrbic was eliminated in 9th place from the 2019 World Series of Poker Main Event for $1,000,000. On his final hand, Skrbic was put all in by Garry Gates from the small blind and he called from the big blind for 18.4 million. Skrbic lost the all-in showdown holding ace-jack against the ace-queen of Gates.

Moments after getting eliminated, Milos Skrbic was still in shock trying to process not only his elimination from the world’s largest poker tournament but also the fact that he lost seven straight all ins to get to this point.

On Day 7 of the tournament, it seems as though Skrbic would enter the final table as one of the biggest stacks but from when there were 13 left until his elimination in ninth place, he could not get anything going.

“I’m happy with every decision I made, I wouldn’t change anything, and I had a lot of fun,” Skrbic said. “This was the first time I was at risk for my tournament life, I couldn’t do anything better because you can’t learn how to win flips.”

Skrbic’s disappointment became even more evident when he suggested that he might become a plant for the next two years and drink every single day for the next year.

“It’s very fun when you run deep in everything, but you’re always disappointed unless you win.”

An entire nation supported Skrbic during his WSOP Main Event run, as he proudly represented his home country of Serbia.

“I had a lot of support and I tried to do it for the people of Serbia. Everyone was messaging me and staying up till five in the morning. I feel most disappointed for them, I wish I could have given them a little more and I want to thank them for all the support.”

Talking about the other remaining players, Skrbic hopes Nick Marchington wins because of the championship mentality he put on display on Day 7.

“I would love it if Nick wins. He showed the biggest heart to go for the tournament win. I didn’t like it at all when players were trying to ladder the pay jumps for $100,000. Those guys didn’t try to win the tournament. This is not a tournament where you should ladder, no matter how big the money is, you should play to win.”

“Dario is the best player right now with the most experience. Because of what happened to him on Day 7, he also deserves some good luck.”

Watch the final table of the WSOP Main Event on ESPN and PokerGO in non-ESPN affiliated regions.