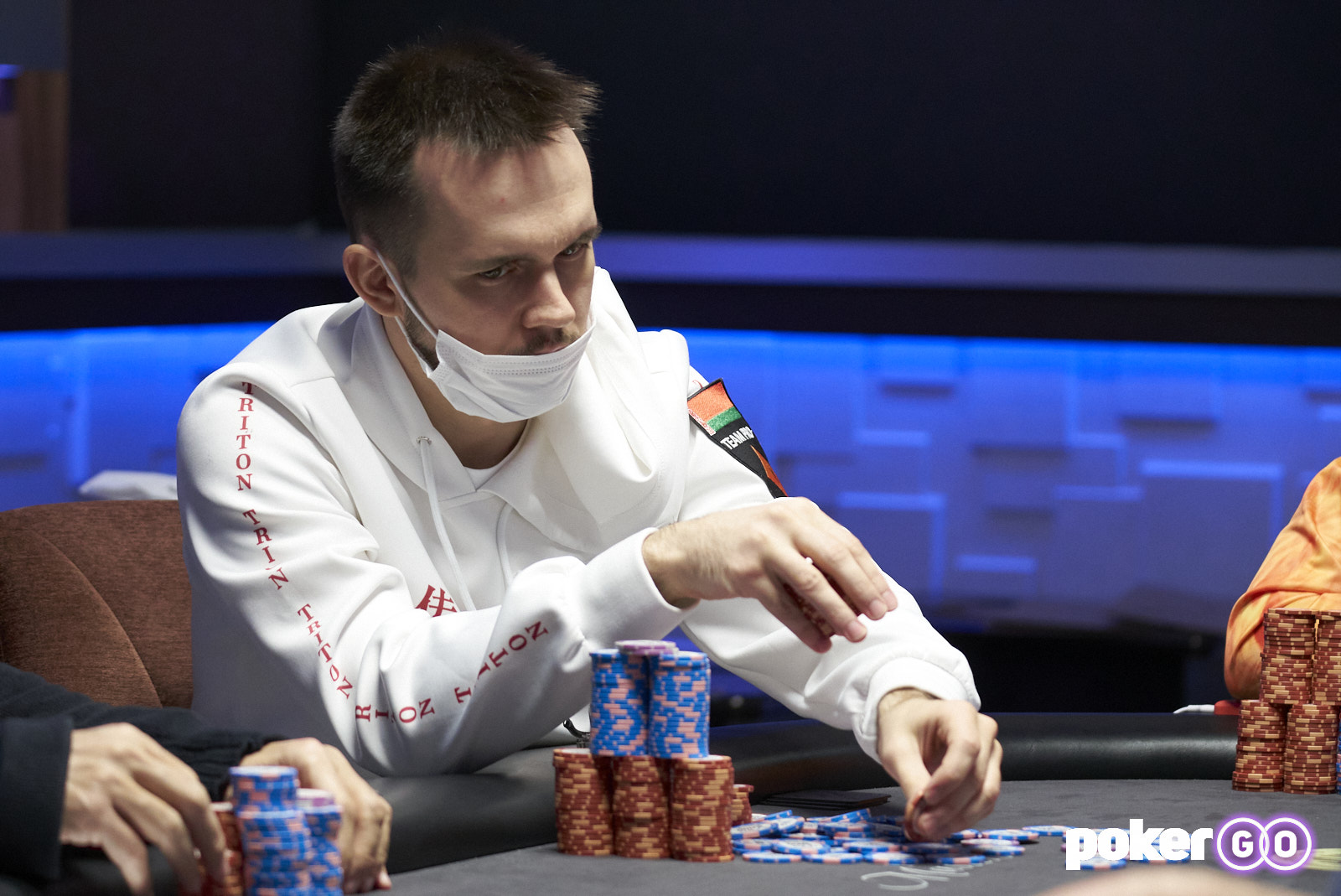 Playing in his first live high roller on American soil in over a year due to Covid-19, Mikita Badziakouski finds himself with the chip lead as Event #10: $25,000 No-Limit Hold’em is down to a stacked final table of five. Joining Badziakouski are Ali Imsirovic, Jason Koon, Seth Davies, and Daniel Negreanu.

Badziakouski, Imsirovic, and Negreanu battled for the chip lead back and forth over the last two levels of the day, but it would be Badziakouski solidifying himself as the chip leader when he eliminated Chris Brewer in sixth place to send the final five home for the evening.

Badziakouski opened from the button to 40,000, and Brewer moved all-in from the big blind for 320,000 total. Badziakouski called and tabled

well ahead of the

of Brewer. The board ran out jack-high, and Brewer was eliminated, taking home $47,500.

While Badziakouski had a healthy chip stack for much of the day, Imsirovic was down to his last 6,000 in chips late in level four after doubling up Brewer. Imsirovic then took that 6,000, eventually running it all the way up to nearly 1.8 million when he eliminated Jake Daniels in ninth place.

Imsirovic would then lose a chunk of his stack to Badziakouski several hands later, putting the two nearly dead even in chips. With the board reading

and approximately 200,000 in the middle, Imsirovic moved all-in for 462,000 effective, over two times the pot. Badziakouski used a time extension, called tabling

for a pair of aces, Imsirovic tabled

for a busted straight draw, doubling up Badziakouski.

Negreanu came into the final table seventh in chips, and he, too, would find a double through Imsirovic to get into the mix for the chip lead. Negreanu opened to 40,000 from under the gun, and action folded to Imsirovic in the big blind, and he called. The flop landed

for a pair and a flush draw, and Negreanu tabled

for a pair of kings. The river

Twenty minutes later, Negreanu would send the field into the money when eliminated Bill Klein to burst the money bubble. Klein was down to his last 70,000 holding king-ten against Negreanu’s ace-nine. The board ran out

. Klein missed his straight draw and, in turn, just missed the money.

With two events to go the race for the 2021 Poker Master crown and the purple jacket is coming down to the wire. Brewer currently sits with 349 points after his sixth-place finish, good for third in the overall standings just nine points behind second-place Brock Wilson and 27 points behind Lou Garza.

When play resumes there is 22:00 remaining in level 12 and the button is in seat 3

The final five players will return to the PokerGO Studio on Friday, September 17, at 12 p.m. PT with the final table airing on PokerGO.com at 1 p.m. PT.