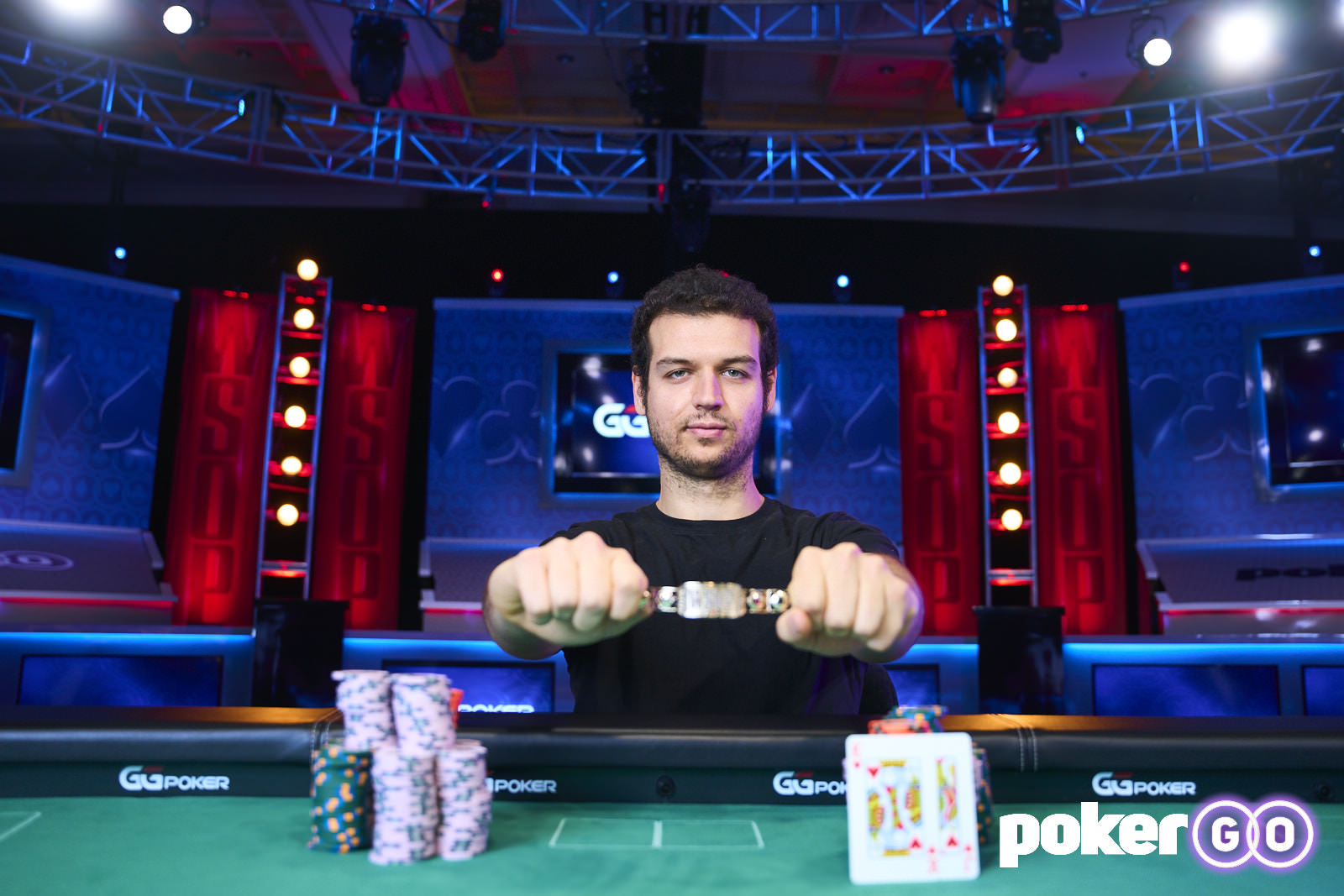 The high roller circuit has been dominated by Michael Addamo since September as the Australian won two events at the Poker Masters along with the $300,000 buy-in Super High Roller Bowl VI. His success inside the PokerGO Studio has now transitioned over to the 2021 World Series of Poker after he won his third WSOP bracelet in Event #38: $50,000 No-Limit Hold’em High Roller.

The second high roller tournament of the 2021 WSOP attracted 81 entrants and created a prize pool of nearly $3.9 million. The incredibly stacked final table included Justin Bonomo and Erik Seidel who were chasing their fourth and tenth WSOP bracelets respectively, while Gal Yifrach and Chris Hunichen were looking to score their first. The high roller heater continued for Addamo as he topped the final table to grab his sixth cash and fourth victory in the past five weeks for $7,240,968 in earnings.

“I just like winning big tournaments,” Addamo said about which of his major tournament victories are the most special to him. “I don’t know if there is any title that is more special than the other. Just beating the tougher fields are the most fun.”

The final table began with Chris Hunichen catching some short-stacked heat before bowing out in fifth place before Yifrach was left as the short stack after Addamo had turned a flush. Seidel’s chase for ten would end in fourth place when he was all-in with pocket eights against the ace-king of Addamo. Addamo spiked top pair on the flop to sit with over 17 million of the 24 million chips in play. Addamo would begin a downward slide after he doubled Yifrach twice and Bonomo once. Yifrach’s run of luck came to an abrupt end when his ace-seven was flushed out by the pocket eights of Addamo as the Australian entered heads-up play with Bonomo holding a slender lead.

“All of them were cards up. So it’s good to see how he plays heads-up,” Addamo said about his three heads-up matches with Bonomo. “A lot of tournament players you don’t really get to see them play heads-up that much, so having a little bit of a sample is kinda nice.”

Bonomo took the early lead after turning two pair, but Addamo quickly returned to even in chips after turning trips and making a huge bet on the river to prompt a fold from Bonomo who held two pair. In the final hand, a monster preflop clash between both players saw Bonomo four-bet shove with ten-nine as Addamo called with king-jack. Both players flopped a pair while Bonomo took the lead on the turn with trips. The river completed Addamo’s straight, and the Australian was crowned the Event #38 champion and awarded $1,132,968 in prize money.

Addamo’s recent run of success has propelled him to the top of the All-Time Money List for 2021 – over $2.3 million ahead of Ali Imsirovic in second place.

“I guess mostly luck,” Addamo said about what he attributed his recent run of success too. “Obviously there is some skill involved, but winning this much, you can only really attribute it to luck in the end. So I’m very fortunate.”

Among his fellow high roller players, Addamo is currently regarded as one of the best and toughest players to face on the poker table.

“It does put some pressure, because if you internalize and believe that, you can become complacent, and sometimes that might make you study less,” Addamo said on being regarded by his peers as one of the best players right now. “I just try and keep humble and try not to let it get to my head and just keep working and studying hard.”

“I play a strategy where I put a lot of big bets in. It’s no secret,” Addamo said his recent run of final tables where he has entered with a commanding chip lead. “Sometimes you are going to be out the first level, and sometimes you’re going to run up a big stack. I might be more likely to have a big stack or out.”

The 27-year old from Melbourne, Australia, has a career that includes three WSOP bracelets, a Super High Roller Bowl title, two Poker Masters wins, and countless other victories to see him sit with over $15.5 million in lifetime tournament earnings. He currently sits 45th on the All-Time Money List behind Daniel Dvoress and leads the Australia All-Time Money List ahead of Joe Hachem and Kahle Burns. In the short time that Addamo has accumulated an incredible resume of results, he has even more time to build upon that and solidify himself as one of the best poker players of his generation.