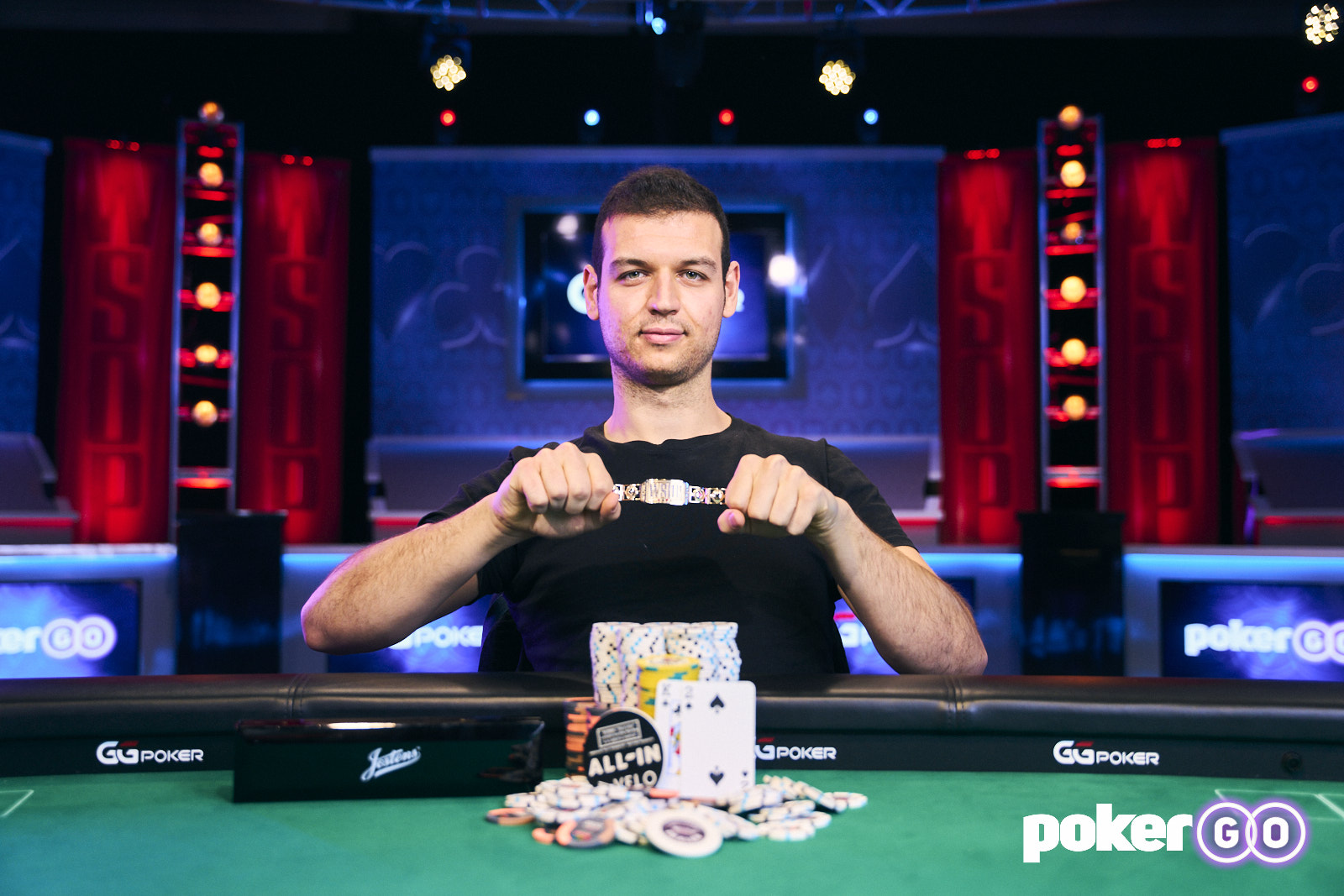 “Kevin is a heads-up player originally, so it would have been quite tough if he doubled up,” Addamo said about playing against Rabichow. “Fortunately, it was only 10 big blind poker, so there wasn’t a whole lot going on.”

Henrick Hecklen was the first player to bust, with Soverel busting him in fifth place. Soverel then doubled up through Addamo to take the chip lead, then Sean Perry was next to go in fourth place. Soverel’s lead didn’t last too long before Addamo got it back and began to push out in front. But then Soverel doubled again through Addamo to take the lead once more. Not too long after, Addamo doubled back through Soverel to retake the lead.

Eventually, Soverel busted in third place, going out when he ran ace-ten into the ace-jack of Addamo. The money went in preflop, Addamo flopped trip jacks, and that was the end of the line for Soverel. That allowed Addamo to enter heads-up play with 28,000,000 to Rabichow’s 5,000,000. For Rabichow, his stack was 10 big blinds.

The heads-up match didn’t last long, and the two quickly got the money in. Addamo had king-two and Rabichow had ace-six. Addamo flopped two pair on a five-five-deuce flop. A queen followed on the turn and a seven hit on the river, finishing off Rabichow.

With the victory, Addamo now has four WSOP gold bracelets, and 2021 marks the second year that Addamo won two gold bracelets in one year. In 2018, he won a bracelet in Las Vegas and his second at WSOP Europe.