You are here
Home > News > Michael Addamo Leads the Final Table of Event #12: $100,000 No-Limit Hold’em, Four of the Final Five Still Alive for the Purple Jacket 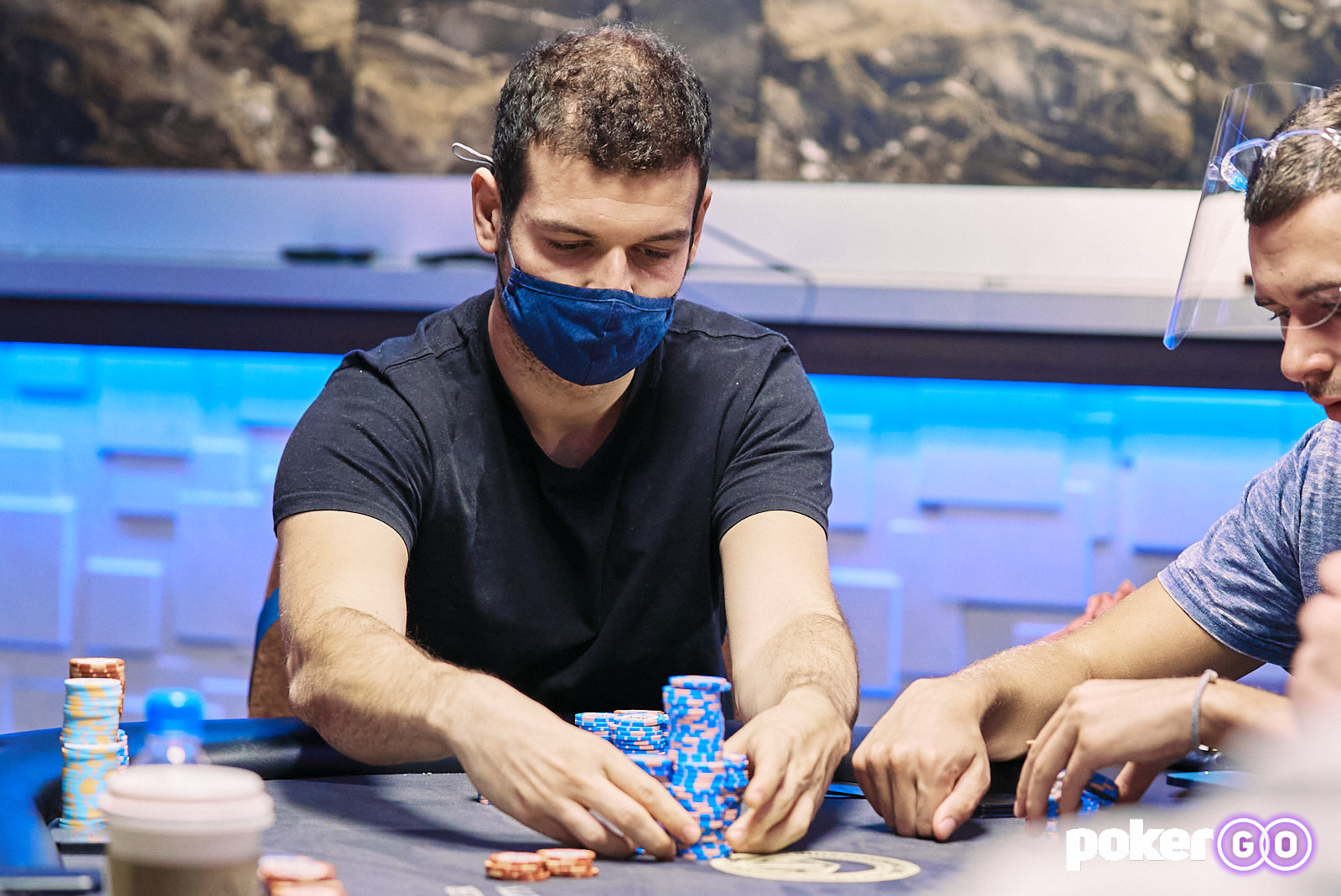 Michael Addamo missed the first ten events of the 2021 Poker Masters, but after taking home the trophy in Event #11, he is poised to take home the purple jacket as he heads into the final five of Event #12: $100,000 No-Limit Hold’em with the chip lead after knocking out Stephen Chidwick to end the night with 60% of the chips in play.

Standing in Addamo’s way are Alex Foxen, Mikita Badziakouski, and Nick Petrangelo. Stanley Tang rounds out the final five, but because he has not cashed in any other Poker Masters event, he cannot overtake Addamo on the series leaderboard. Addamo needs a top-two finish to lock up the purple jacket, anything less, and anyone other than Tang that wins takes home the jacket and the $50,000 in added prize money.

Stephen Chidwick was the last member, outside of Addamo, in the top ten on the overall series leaderboard at the final table and had the best chance to unseat Addamo for the purple jacket. However, the man from across the pond would fall just short of the money as he was eliminated in sixth place.

Addamo opened to 50,000 on the button and action folded to Chidwick in the big blind, and he raised to 575,000 with approximately 25,000 behind. Addamo moved all in, and Chidwick called. Chidwick held pocket eights against Addamo’s ace-ten of hearts. The board ran out ace-high, and Addamo flopped an ace to eliminate Chidwick, burst the money bubble and take a 3-1 chip lead over Petrangelo into the final table stream.

When play resumes there is 42:19 remaining in level 14, the button is in seat 5 and there is a single big blind

The final five players will return to the PokerGO Studio on Sunday, September 19, at 12 p.m. PT with the final table airing on PokerGO.com at 1 p.m. PT.