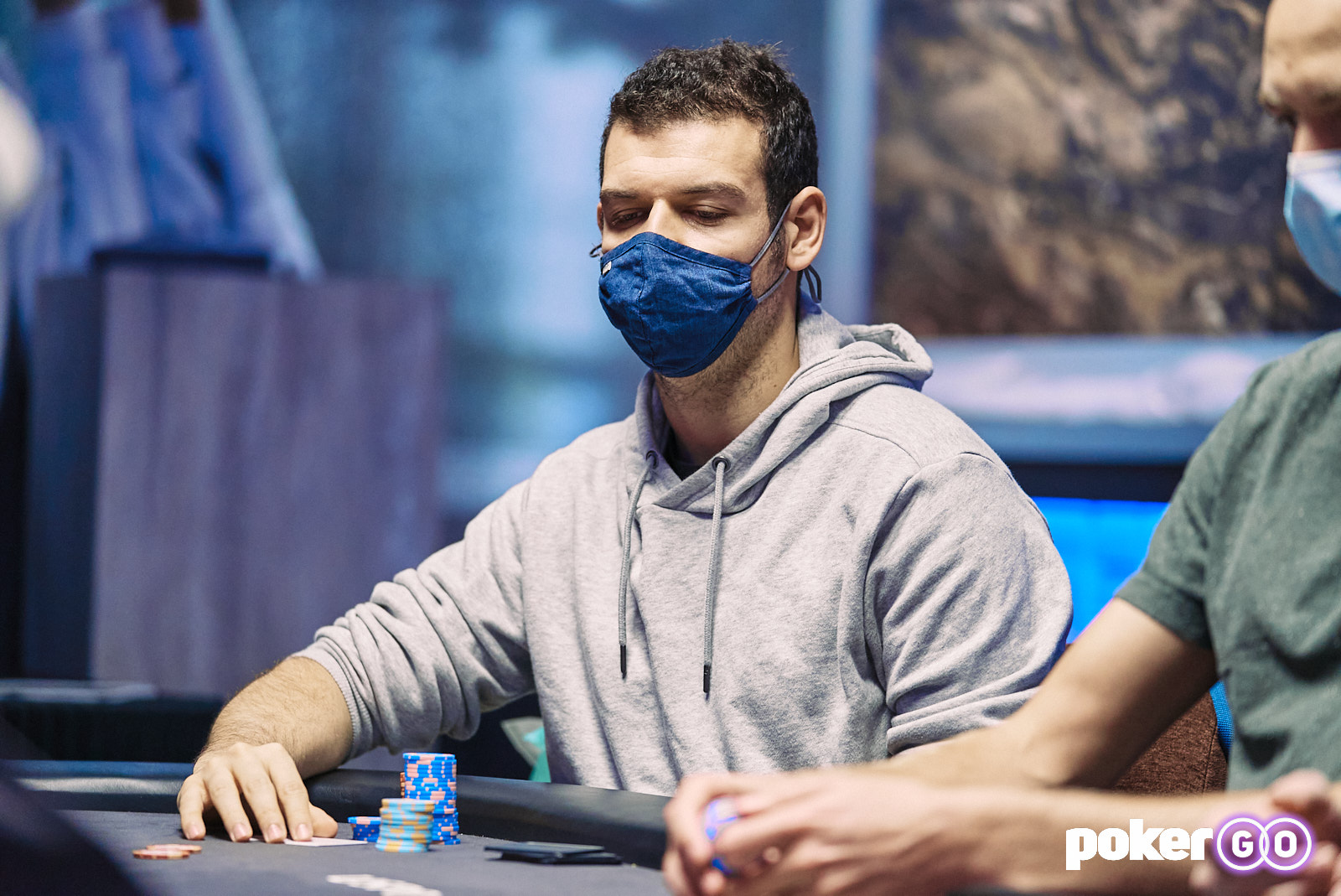 Michael Addamo, Jason Koon, and David Coleman battled for the chip lead for much of the final table, but it would be Addamo who came out on top as he takes the chip lead into day 2 of Event #11: $50,000 No-Limit Hold’em. Joining Addamo, Koon, and Coleman in the final five are Cary Katz and Alex Foxen.

The 34-entrant field created a prize pool of $1,700,000 million, and the remaining five players are all guaranteed at least $119,000, with the winner taking home $680,000 and with 408 PokerGO Tour presented by Guaranteed Rate points up for grabs will immediately vault into the lead for the 2021 Poker Master’s purple jacket.

Addamo took the chip lead late in level 13 when tangled with Coleman in a 1.5 million chip pot. With the board reading

. Coleman checked, and Addamo bet 280,000. Coleman used all of his shot clock and called.

hit the felt, and Coleman checked. Addamo used a time extension and slid out a bet of 830,000, just over the size of the pot. Coleman shook his head, checked his cars, and sent them into the muck as Addamo retook the chip lead.

Koon had a chance to take the chip lead back on one of the last hands of the night, but as fate would have it, Katz would find the late double to pull nearly dead even in chips with Foxen. Katz opened the button, and Koon three-bet from the big blind. Katz moved all-in for 405,000 total, and Koon called. Koon held pocket tens against Katz’s ace-queen of diamonds. The board ran out ace-high, and Katz flopped the ace to double.

David Peters just missed out on his second cash of the 2021 Poker Master as he was eliminated in sixth place on the stone bubble by Coleman. Peters opened from late position to 55,000, and Coleman called in the big blind. The flop fell

, and action checked through. The turn

completed the board, and Coleman moved all-in, having Peters covered. Peters called and tabled

for a pair of kings, but Coleman tabled

for the nut flush to eliminate Peters and send the remaining five players into the money.

Other notables to finish just outside the money included Brock Wilson, Chris Brewer, Ali Imsirovic, and Sam Soverel. Wilson and Brewer currently sit third and fourth on the Poker Masters leaderboard and a cash would have vaulted them into the lead for the purple jacket.

When play resumes there is 38:43 remaining in level 14 and the button is in seat 4

The final five players will return to the PokerGO Studio on Saturday, September 18, at 12 p.m. PT with the final table airing on PokerGO.com at 1 p.m. PT.