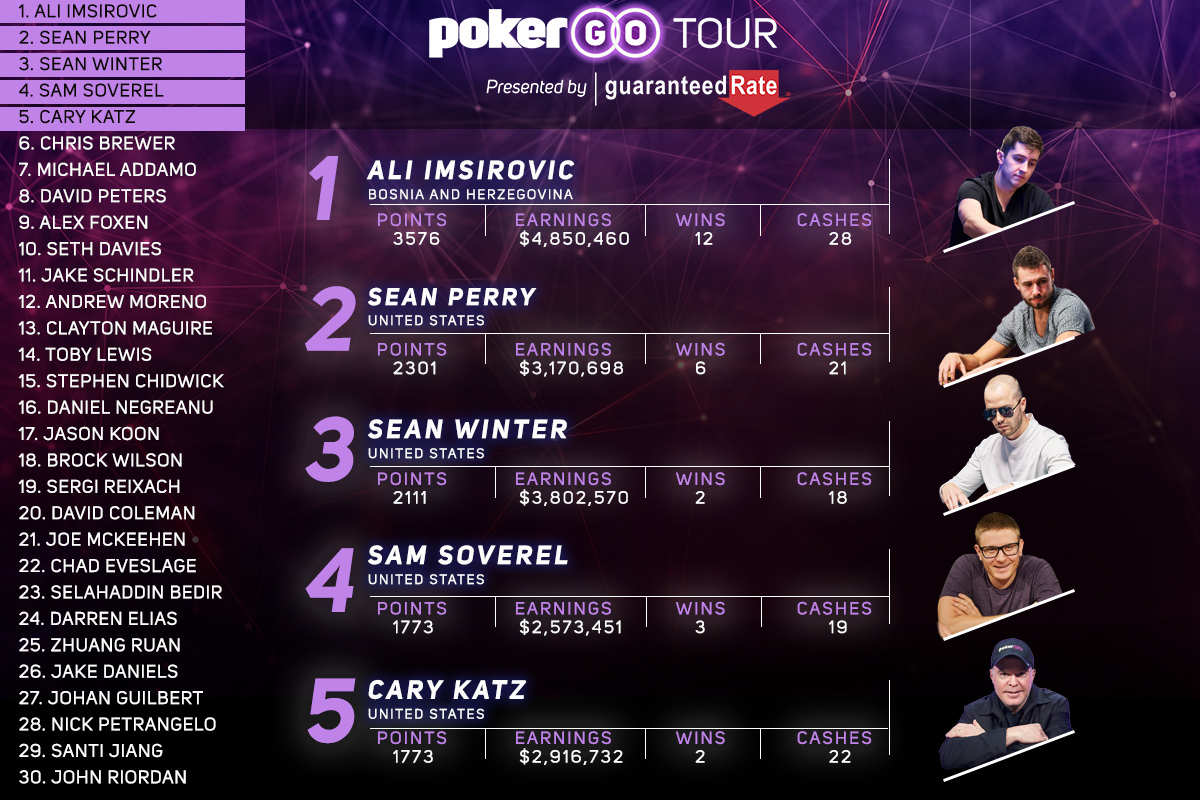 The inaugural season of the PokerGO Tour presented by Guaranteed Rate features the industry’s most high-profile poker tournaments with buy-ins of $10,000 or greater and includes more than 100 tournaments across the globe.

The top performer as ranked by the PokerGO Tour presented by Guaranteed Rate leaderboard will earn the Player of the Year title and be awarded a $200,000 prize. The winner will also have their name etched on the Guaranteed Rate Cup. Additional cash prizes of $100,000 and $50,000 will go to the players finishing in second and third place, respectively.

It has been a busy few weeks in the high roller scene with Super High Roller Bowl VI wrapping up before the 2021 World Series of Poker kicked off from the Rio All-Suite Hotel & Casino.

Following from his domination at the 2021 Poker Masters, Australian Michael Addamo continued his winning ways by winning Super High Roller Bowl VI for over $3.4 million to rocket up into seventh place on the back of his $5,564,000 in winnings from four total cashes. Recently announced GGPoker Ambassador Jason Koon won Event #11: $25,000 Heads-Up Championship at the WSOP on Thursday for his first career WSOP bracelet for his ninth cash on the PokerGO Tour.

Holding strong in top spot is still Ali Imsirovic who won two ARIA High Roller tournaments on either side of Super High Roller Bowl VI to see increase his lead on the PokerGO Tour leaderboard as he now has accumulated 3,576 points, 12 wins, 28 cashes, and over $4.85 million in winnings. Sean Perry remains in second place, but Sean Winter has climbed into third following his third-place finish in Super High Roller Bowl VI behind Addamo and Justin Bonomo.

Sam Soverel slips down to fourth and is tied in points with Cary Katz who cashed in WSOP Event #2: $25,000 H.O.R.S.E. and made a deep run in the Event #11: $25,000 Heads-Up Championship before falling short in the round of 16. Chris Brewer trails both Soverel and Katz by just 59 points and sits in sixth ahead of Addamo, while David Peters, Alex Foxen, and Seth Davies round out the top ten on the PokerGO Tour presented by Guaranteed Rate leaderboard.