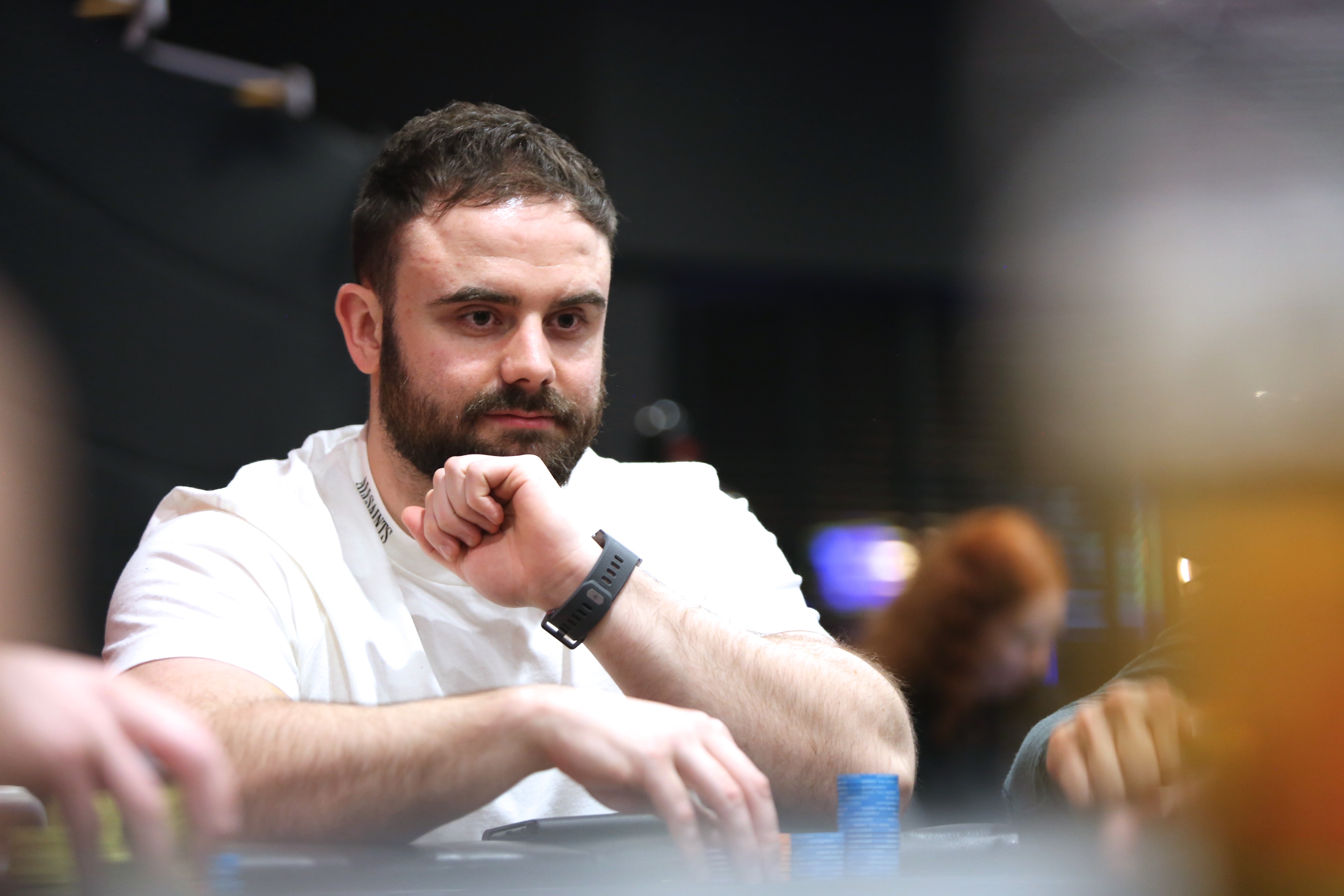 The $25,500 Super High Roller, the highest buy-in event of the partypoker MILLIONS taking place this week at Nottingham’s Dusk Till Dawn, began today with 23 total entries.  While the likes of timely starters Sam Grafton, Christoph Vogelsang, Ben Heath, and Alex Foxen had to chat in the wings for a while before the first table’s cards went airborne, the day was not short of action thereafter.

Seven-handed, the initial line-up made Leon Tsoukernik an offer that should he sit down, they would not be “boring” – all of them agreed to straddle for the first level. This was one of many decisions made en masse by the Super High Rollers, the last of which was quite a hefty alteration to the planned schedule – Day 1 would end at Level 8 and the ten survivors would return to two more levels of late registration.   And so it was, and so it shall be.

Play ended with Luke Reeves comfortably in the chip lead. His 5,160,000 chips represent almost twice the closest stack to his – that of Preben Stokkan (2,685,000.)  Reeves’ big pairs won him big pots: he cracked aces with queens (eliminating Kahle Burns in the process) and then held up when his own aces found the kings of Michael Zhang behind him. That late-stage pot busted Zhang; likewise, Tsoukernik, who drove the early action with a bravura display of preflop aggression – definitely eye-opening for anyone watching the live stream – ran out of chips once too many for today but both have the option to re-enter on Day 2, should Day 1a of the $10,300 Main Event not appeal.

While play gets underway at 12:00 pm local time, the live stream with hole cards up will commence at 11:00am ET on PokerGO. New to PokerGO? Subscribe right now to watch the conclusion of his event as well as the upcoming partypoker UK Millions Main Event.