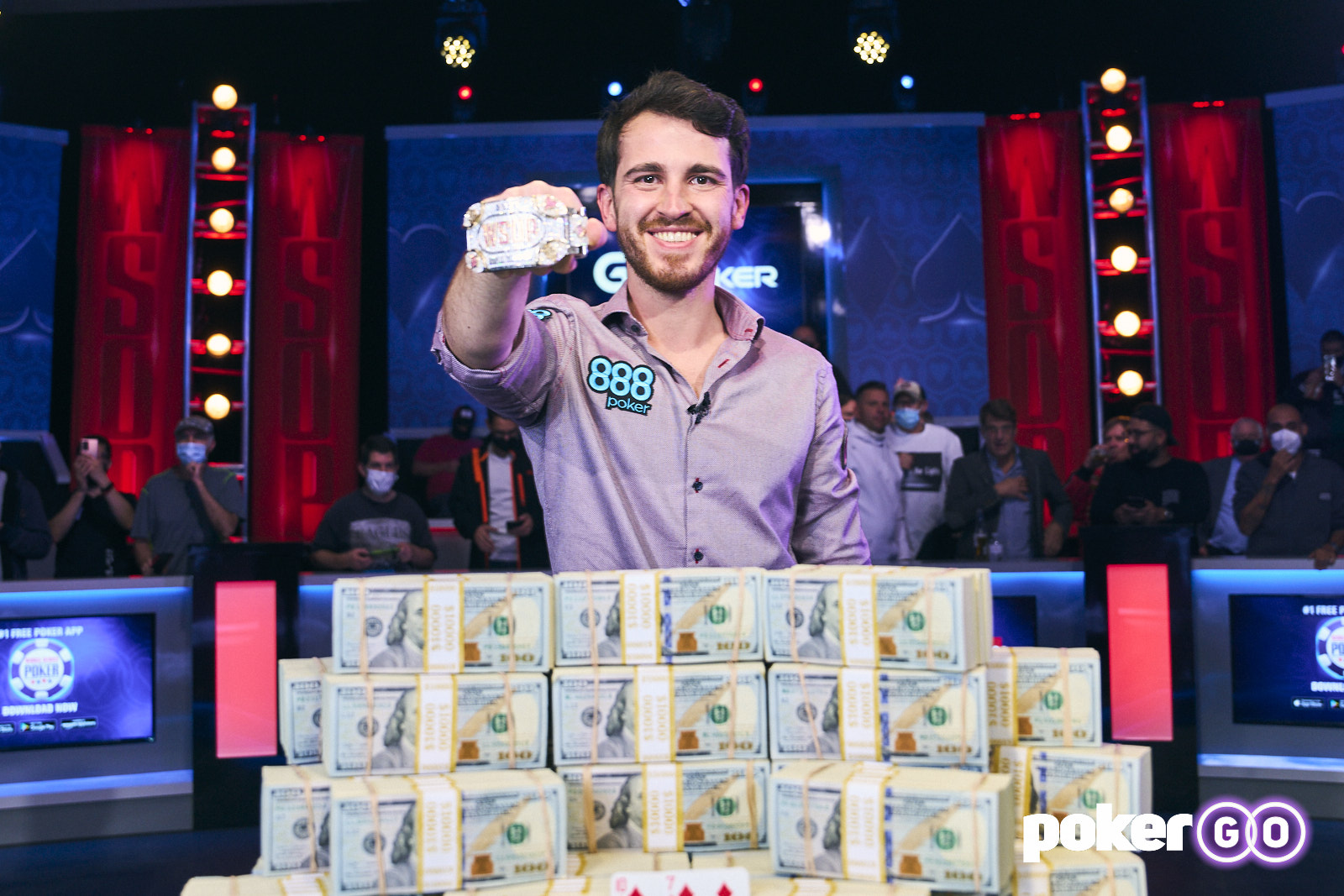 Poker has a new world champion, and it’s Koray Aldemir. Aldemir topped the 6,650-entry field in the 2021 WSOP Main Event to win the championship gold bracelet and $8,000,000 in prize money.

A 31-year-old poker professional born in Germany and residing in Austria, Aldemir now has more than $20,000,000 in career live tournament earnings after winning the 2021 World Series of Poker Main Event.

“No, I didn’t think that,” Aldemir said of the idea of ever winning the WSOP Main Event. “I kind of had the idea of winning player of the series once because I’m just starting in mixed games and to have a Player of the Year banner, but I never expected to have a Main Event banner. It’s incredible.”

Aldemir was the most experienced player to reach the WSOP Main Event final table, coming in as a regular on the high roller scene with more than $12,300,000 in winnings on his résumé.

Aldemir got his start in poker in 2006 when, according to him, he first played on New Year’s Eve. He won on that first occasion and then decided to start playing online poker freerolls.

He’s come a long way from grinding the Hubble Freeroll on PokerStars to competing in the biggest tournaments in the world, including those held inside the PokerGO Studio in Las Vegas where he won a $50,000 buy-in tournament at the 2019 U.S. Poker Open for $738,000.

It was a dominating performance for Aldemir, who had the chip lead after Day 5 of the 2021 WSOP Main Event when 96 players remained. He was fifth out of 36 players following Day 6, and then he entered the final table with the lead and never looked back. Aldemir’s lead throughout the final table was a big one throughout and it never appeared that he was going to fall from the top of the mountain.

At the final table, Aldemir eliminated Holmes in second place, Ozgur Secilmis in fifth place, Hye Park in sixth place, and Alejandro Lococo in seventh place, and the elimination of Lococo was an enormous one as Lococo was second in chips at the time.

On the hand he busted Lococo on, the blinds were 500,000/1,000,000 with a 1,000,000 big blind ante. Lococo opened with a raise to 2,000,000 from middle position and then Aldemir three-bet to 5,600,000 from the cutoff seat. Lococo made the call and the dealer presented a jack-jack-nine flop with two clubs. Lococo checked, Aldemir fired 3,900,000, and the Argentinian rapper called. The turn was the eight of hearts and Lococo checked. Aldemir didn’t slow down and bet 11,400,000. Lococo called again and the river was the three of diamonds. After Lococo checked, Aldemir took about a minute and a half before he bet enough to put Lococo all in. Lococo didn’t waste much time to call all in for 46,100,000 and did so with two pair having pocket tens in his hand. Unfortunately for him, Lococo had flopped a full house with pocket nines in his hand and it was the end of the line for the man widely known as “Papo MC.”

After busting Lococo, Aldemir eliminated Hye Park in sixth place and then Ozgur Secilmis in fifth place to further extend his lead at the final table.

Joshua Remitio eventually busted in fourth place, and after that play ended for the night with three players remaining and Aldemir still in a commanding chip position.

Holmes came into the final day of play as the shortest stack, but he came out swinging early on and started to chip up early. While Aldemir maintained his lead, Holmes jumped ahead of Jack Oliver to push Oliver to the shortest stack of the three. Eventually, Oliver was the one to bust in third place and it was Holmes who knocked him out.

The final duel came down to Aldemir and George Holmes, and it was a battle. Holmes began the heads-up match behind Aldemir in chips but he fought back to even and even held the chip lead for some time.

“He was really, really tough,” Aldemir said of his heads-up opponent, George Holmes. “I didn’t expect that at first but he played great. He put us in spots, not only against me, but against the other players. He made good bluffs, made good folds. As you could tell, it was really tough. I had the chip lead to start with and he grinded me down. Then I had to fight really hard to beat him.”