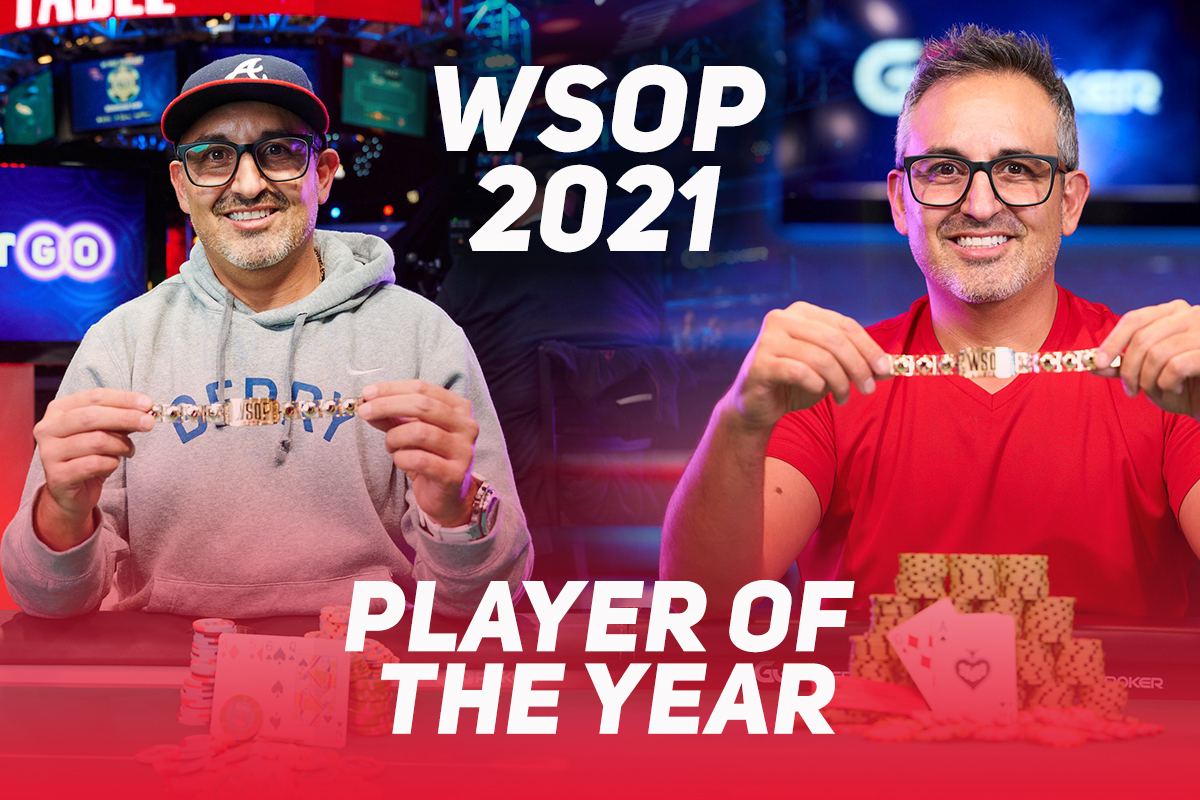 The 2021 World Series of Poker concluded on Tuesday from the Rio All-Suite Hotel & Casino in Las Vegas, Nevada, with Josh Arieh officially being named the 2021 WSOP Player of the Year presented by Velo.

The Head of PocketFives and part-time poker player broke a 16-year drought to win his third WSOP bracelet in Event $1,500 Pot-Limit Omaha. He followed that with a final table appearance in the $50,000 Poker Players Championship before winning Event #66: $10,000 Pot-Limit Omaha Hi-Lo Championship to collect his fourth career WSOP bracelet. With WSOP Player of the Year in sight, Arieh pushed to the very end making deep runs in three more events to see his 2021 WSOP conclude with 12 cashes, over $1.1 million in winnings, two WSOP bracelets, and 2021 WSOP Player of the Year honors.

It was a true battle to the last day as three players had the chance to overtake Arieh. Phil Hellmuth would have taken the lead with a victory in Event #84: $50,000 Pot-Limit Omaha High Roller, while Daniel Negreanu fell two places shy in third of overtaking Arieh in Event #85: $50,000 No-Limit Hold’em High Roller. Heading into Event #88: $5,000 No-Limit Hold’em, both Arieh and Negreanu were eliminated shy of the money, Hellmuth exited in 62nd place, and when Ben Yu fell 10th, Arieh was officially the 2021 WSOP Player of the Year.

Negreanu was chasing an unprecedented third WSOP Player of the Year award, while according to Hellmuth, this was the fourth time he finished runner-up for WSOP Player of the Year honors. The No Limits Velo award was won by Scott Ball who won two WSOP bracelets ahead of 2021 WSOP Main Event winner Koray Aldemir and youngster Cole Ferraro who at his first WSOP collected his maiden WSOP bracelet following a runner-up finish.