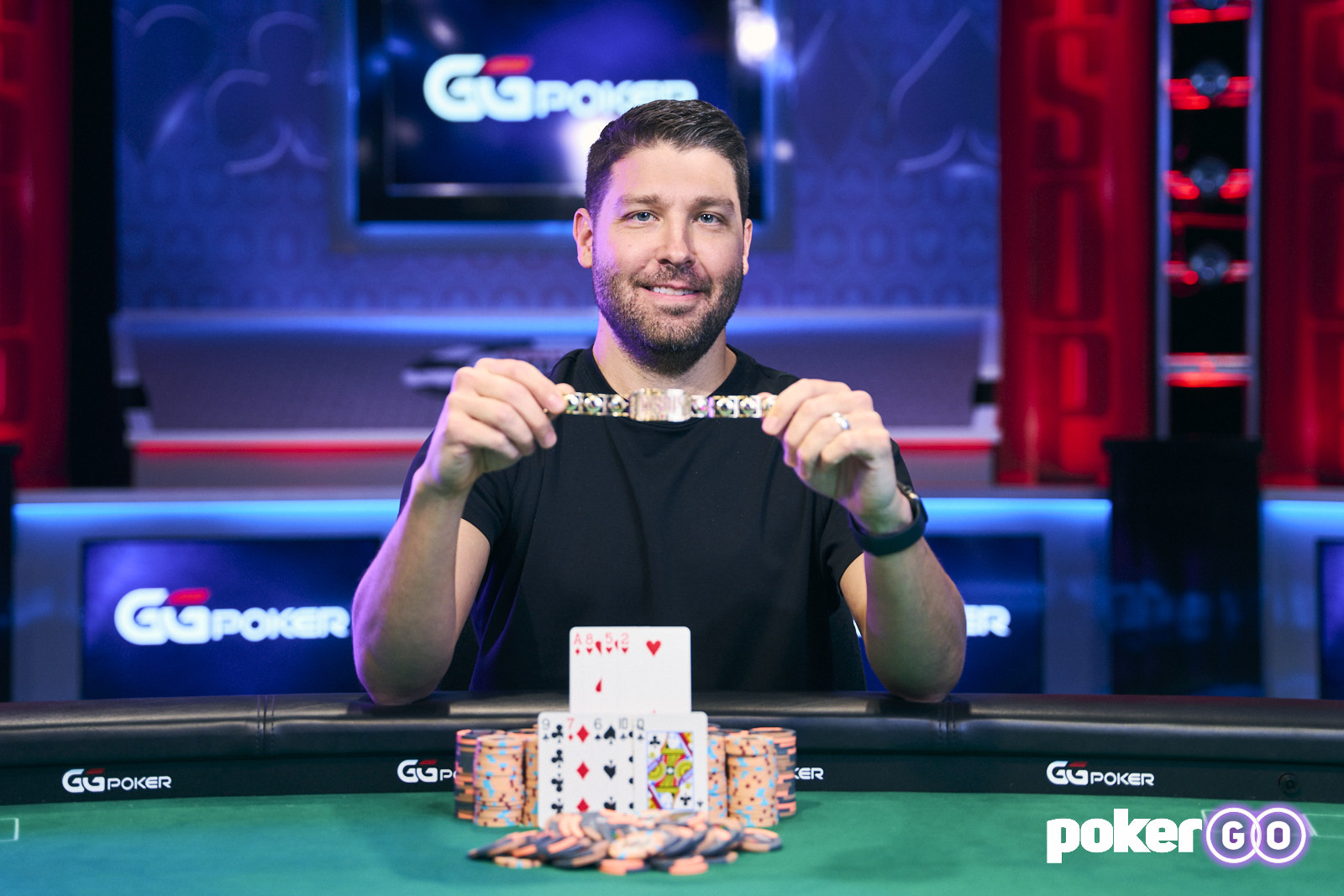 Ausmus won the first gold bracelet awarded at the 2021 WSOP, taking top honors in the $1,000 COVID-19 Relief Charity Event. That win was worth a bit less than what he took home in this one, winning $48,687 when he won the COVID-19 Relief Charity Event. In the days after winning it, Ausmus joked about still being down to start the series because he fired two bullets in a $25,000 event.

“I’m not down now,” Ausmus joked after this win. “I’m going to finish the World Series a winner for sure now, so that’s good. It was close there for a while, though.”

Ausmus battled through a very tough field of competitors, and when the field got down to the final three, it was Ausmus against two superstars of poker in Phil Hellmuth and Daniel Negreanu. Three-handed play was swingy and the stacks weren’t all that deep, but eventually Ausmus and Hellmuth went heads up for the gold bracelet.

Ausmus began heads-up play with the lead and the match didn’t take long. The two players quickly got the money in on a nine-seven-six flop. Ausmus had flopped a straight with ace-eight-five-two and Hellmuth had king-nine-seven-six for two pair. A ten hit the turn and a queen fell on the river to give Ausmus the title.

“It feels really good,” Ausmus said of winning one of the last WSOP gold bracelets to ever be awarded at the Rio All-Suite Hotel & Casino. “My first bracelet was in Europe outside of Paris, so until this year I had never won a bracelet here at the Rio. I’ve had a lot of deep runs, so it’s cool to take a couple down. As long as the WSOP has existed as far as I’ve been a part of it it’s been here. It’ll be interesting to say goodbye to this place.”

For Ausmus, the victory was his third career WSOP gold bracelet, and the $1,188,918 score pushed him to more than $10,000,000 in live tournament earnings, according to HendonMob.com. Outside of his fifth-place finish in the 2012 WSOP Main Event, this victory in EVent #84 is the largest of Ausmus’ career.

Finishing in third place behind Ausmus and Hellmuth was Negreanu. He was eliminated by Hellmuth and took home $519,764 in prize money. Josh Arieh and Ben Lamb also reached the final table and busted in seventh place and eighth place, respectively. For Arieh, the result helped him stay on top of the 2021 WSOP Player of the Year leaderboard.

As for Ausmus, his 2021 World Series of Poker may not be done yet, but he also doesn’t have a schedule locked down. Rather, he’ll wake up, see how he feels, check the schedule, and then decide whether or not he wants to play. He said that’s the type of player he is and how he prefers to go about things, and it seems to be working out for him. At this year’s WSOP, Ausmus has nine cashes, three final tables, and two wins.