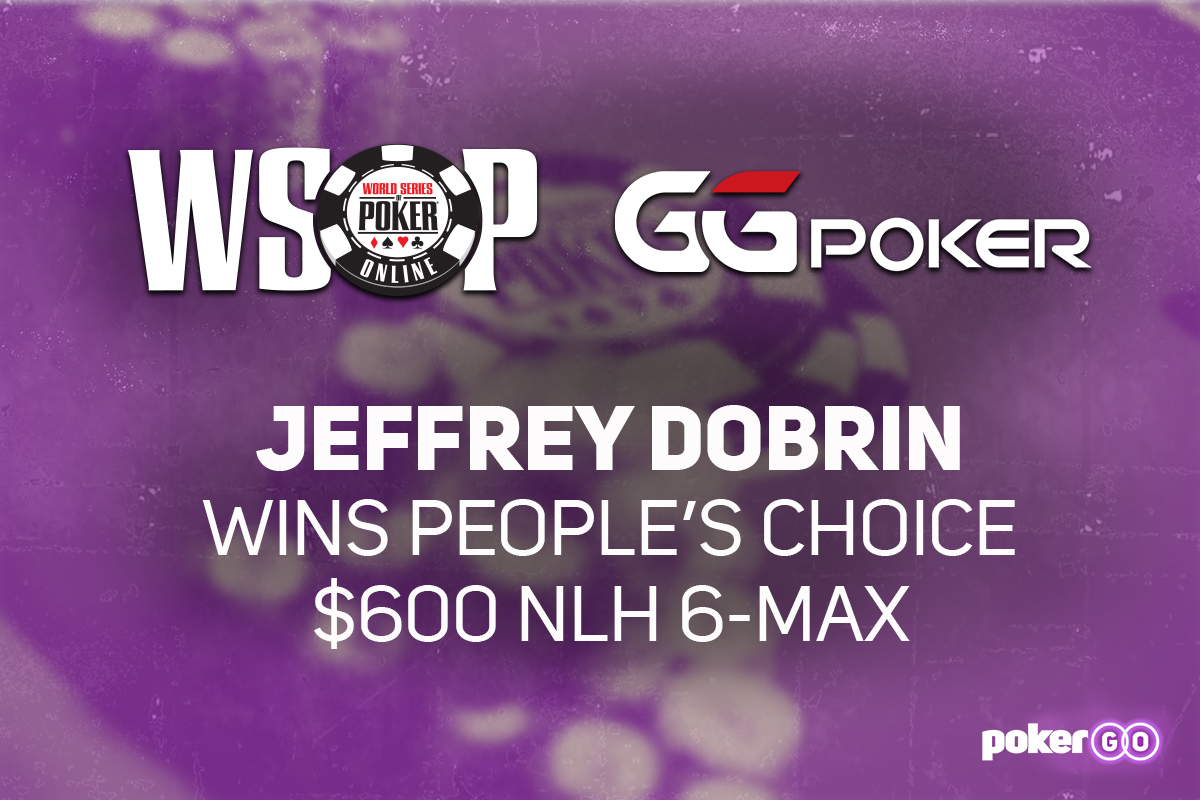 The 2020 World Series of Poker Online on GGPoker continued on Wednesday with the conclusion of Event #80: People’s Choice $600 No-Limit Hold’em 6-Max attracting a 2,408-entrant field which created a prize pool of $1,372,560. Jeffrey Dobrin would defeat Idris Ambraisse heads-up to win the $189,666 first-place prize, an added WSOP Europe package, and his first WSOP bracelet.

Dobrin entered the final table holding a slight chip lead over Vahe Martirosyan, while the major storyline would see Chris Ferguson eyeing his seventh WSOP bracelet. Unfortunately for Ferguson, he would be the first to fall after losing a pot to Martirosyan and then running into the aces of Joao Santos. Hiroki Morishita fell in eighth, while Arvhin Malinab followed next in seventh as his pocket sixes were outdrawn by the king-nine of Sergio Veloso. Veloso would exit in sixth place when his pocket tens lost a race to Dobrin’s ace-queen, as Marc Macdonnell ran into the pocket jacks of Santos to fall in fifth.

Santos found himself all-in with king-queen against the ace-jack of Ambraisse, and when the board ran out eight-high, the tournament was down to three-handed play. Martirosyan was then all-in holding queen-jack against the king-queen of Dobrin. A king fell on the flop, and no help followed for Martirosyan as he exited in third while Ambraisse entered heads-up play holding a slight lead over Dobrin. Dobrin jumped into a four-to-one chip lead when he made the nut straight, and although Ambraisse found double with pocket queens, the final hand would would see him all-in with pocket nines but run into the pocket kings of Dobrin. No help came for Ambraisse to see him eliminated in second place, while Dobrin would be crowned the Event #80 champion.

Thursday will host the Event #81: People’s Choice Event [Spin the Wheel], and following a break on Friday, the weekend will see the final six WSOP bracelets awarded – including the conclusion of Event #77: $5,000 Main Event and Event #79: People’s Choice $25,000 Heads-Up.