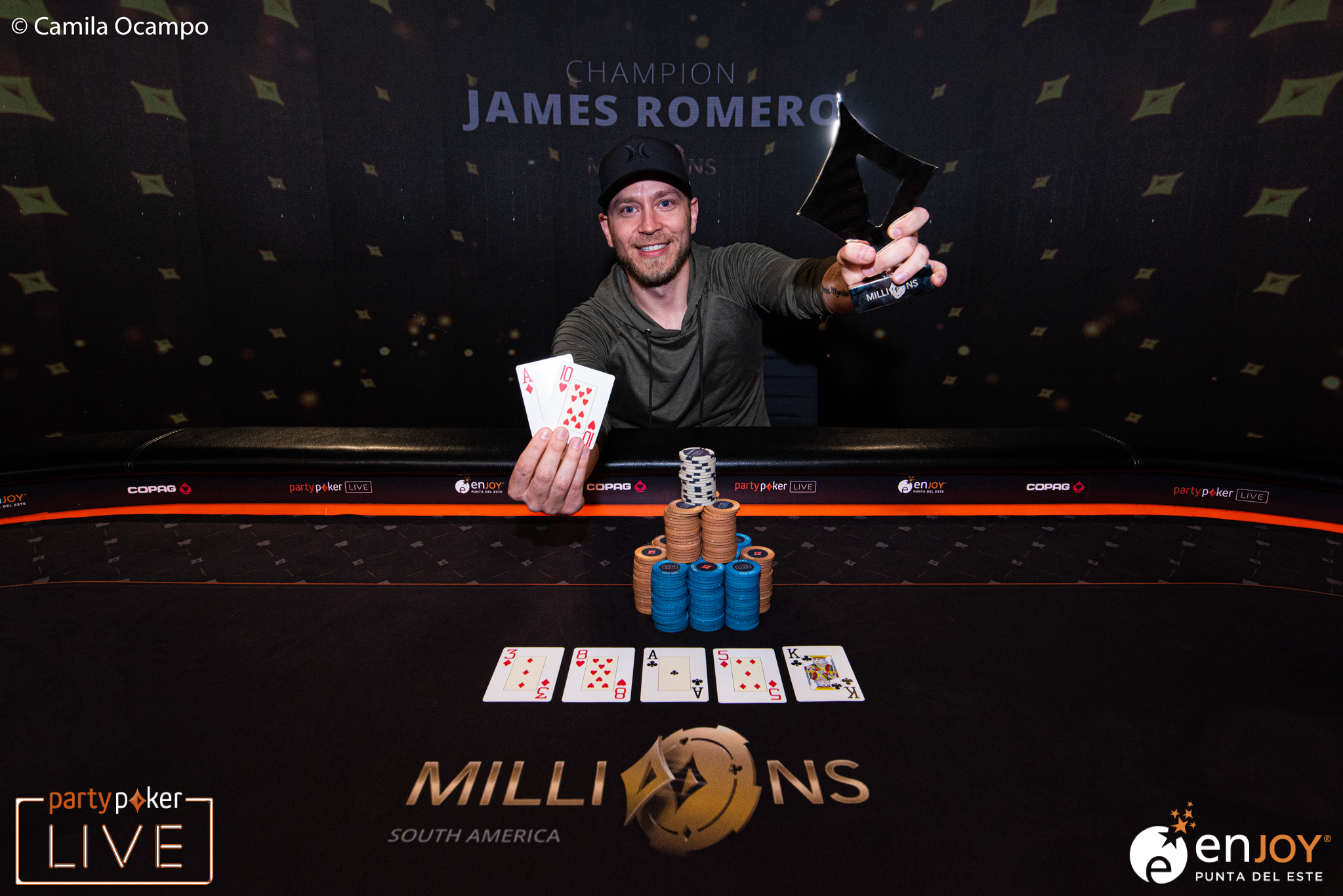 Mathis had an incredible 2019 when he won the Main Event of the partypoker LIVE MILLIONS South America, held in Rio de Janeiro, Brazil, and South America proves to be kind to him as this result today became the second-largest score of his career.

Of the 35 total entries, 15 started the final day of the $25,500 Super High Roller with Mathis in the lead followed by Romero. Jack Sinclair was the first player to bust followed by Leo Fernandez, Sergio Iralasky, and Rainer Kempe before Brazilians Brunno Botteon de Albuquerque and partypoker PRO Joao Simao were the last to miss out on the final table.

The first one to exit the final table was Polish partypoker PRO Dzmitry Urbanovich. He lost against the eventual third-place finisher Jacob Daniels after Urbanovich wasn’t able to hit his combo draw. Roberto José Sarga busted in seventh place and Scotland’s all-time money list leader Niall Farrell was eliminated on the bubble when he wasn’t able to win with eights against the queen-ten of Daniels.