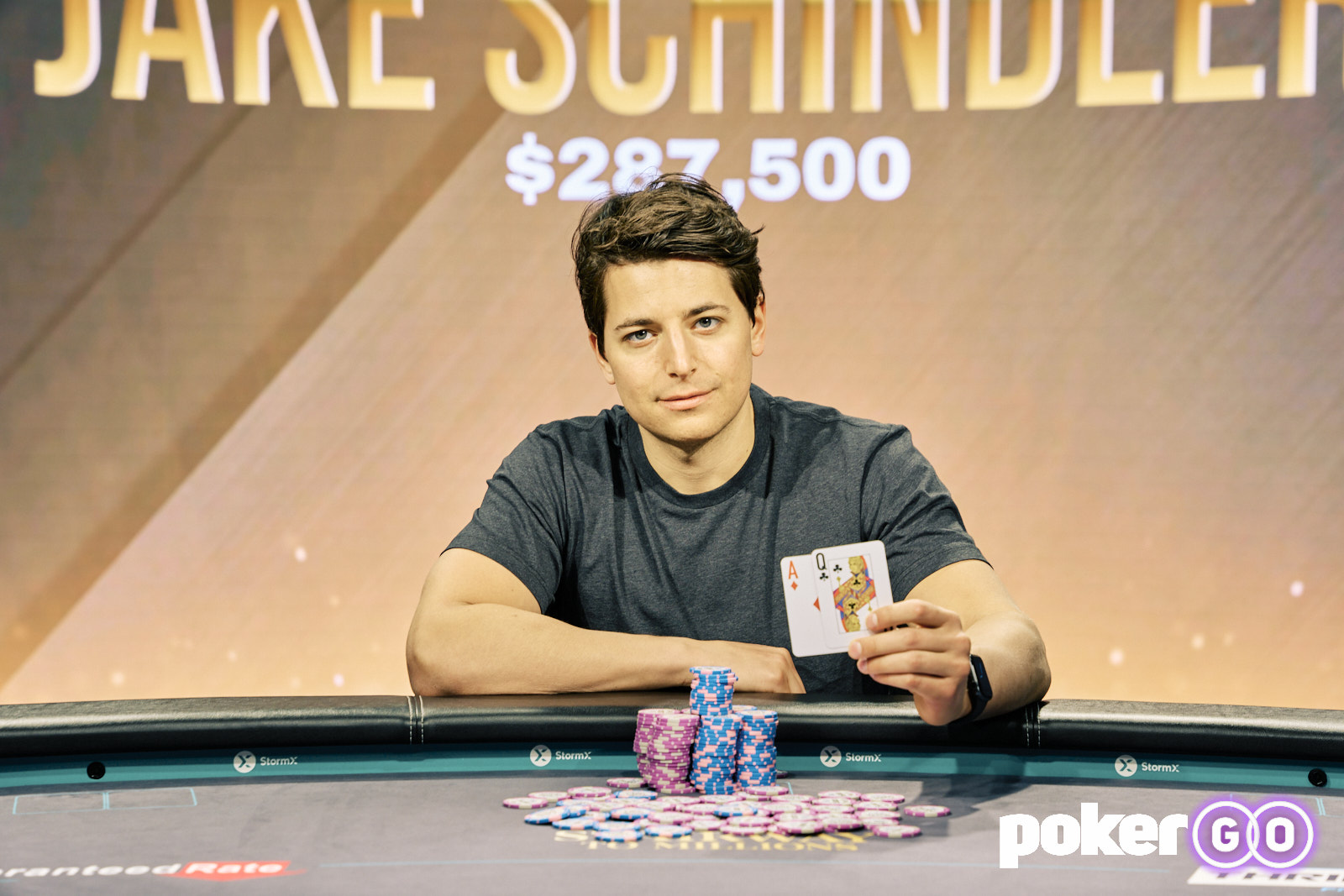 Schindler entered the final day of play as the chip leader atop the final four players, having secured the chip lead at the end of Day 1 when he busted Vikenty Shegal in fifth place. On Tuesday, Schindler never gave up the lead and it was smooth sailing to the winner’s circle.

“I think I made one mistake with ace-ten, but other than that I think the hands were pretty straightforward. The cards played themselves for the most part. I didn’t have too many tough decisions.”

At Tuesday’s final table, Schindler knocked out Sean Winter in fourth place and Nick Petrangelo in second place to get the victory. Petrangelo was the one to knock out Alex Foxen in third place.

When Event #6 got down to nine players and combined to a single table, Schindler was in third place in chips. He started to slide from there, with Michael Lang doubling through him and then Nick Petrangelo taking a pot off of him.

With seven players left, Schindler doubled through Lang and then he won pots off Alex Foxen and Vikenty Shegal to chip up further.

After Sean Winter eliminated Chris Brewer in sixth place, the tournament was on the money bubble. That’s when Schindler and Shegal clashed big.

First, Schindler picked up some chips when he hit a better pair on the river against Shegal. Then, Schindler busted Shegal after he backed into a flush when Shegal made two pair. The final pot against Shegal moved Schindler into the chip lead with more than 1,000,000 in chips and ended play for the day with the final four players in the money.

At Tuesday’s final table, it took about 90 minutes before someone was eliminated. Winter was the first to bust when he ran ace-queen of hearts into Schindler’s ace-king. Then it was Petrangelo knocking out Foxen in third place with pocket aces against pocket eights.

The two got the money in preflop and it was Schindler’s ace-queen dominating Petrangelo’s queen-jack. No help came for Petrangelo and he was eliminated in second place, taking home $175,000.

“I live right next door and they’re great tournaments,” Schindler said. “I like all of these series. I think they help the turnouts a little bit. It’s just the best playing environment, all in all.”