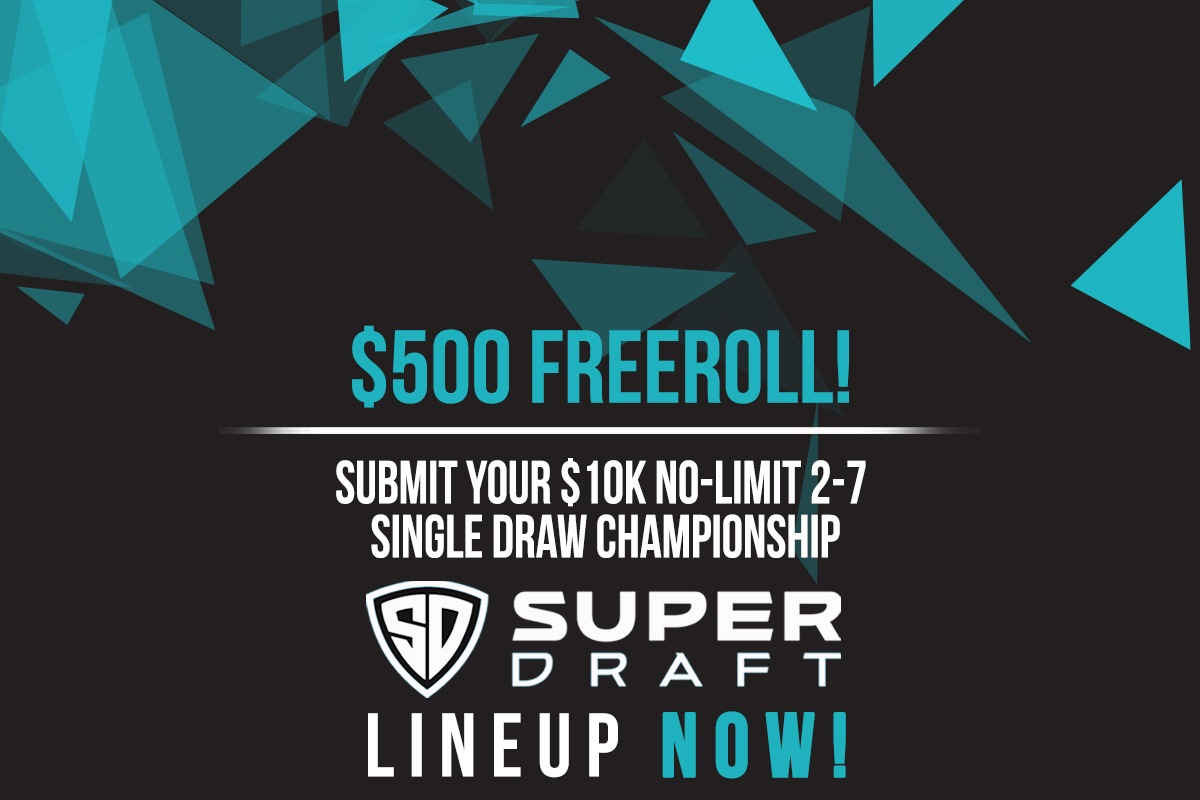 Fantasy poker continues at the 2021 World Series of Poker with contests for 18 WSOP gold bracelet events being run on SuperDraft.

The PokerGO News team includes numerous poker diehards and fantasy poker experts, and heading into each SuperDraft contest, our team will be giving fantasy poker advice, best picks, and additional insight to help you win one of the SuperDraft freerolls that are available throughout the 2021 WSOP.

There is a $500 freeroll contest on SuperDraft where there is $50 awaiting the winner that drafts the best line-up, while you can pocket 50 cents for sneaking into the top 190. Darren Elias and Paul Volpe final tabled this event in 2019, and both players are early front runners for top draft picks – especially since they don’t have stacks in either the Pot-Limit Omaha Championship or No-Limit Hold’em Freezeout.

Other players that should be considerations for your line-up include Jake Schwartz and Phil Hellmuth who went heads-up in the $1,500 buy-in version of this event just last week. Others players worth noting include 2018 winner Brian Rast, and his final table combatants Dario Sammartino and John Hennigan.

Who Should You Fade?

Last year’s winner Jim Bechtel hasn’t been spotted so far during this WSOP, so he is an easy fade along with several players that are running in the $10,000 Pot-Limit Omaha Championship. Just 18 players remain, and Dan Zack, Dylan Linde, Mike Matusow, Jeremy Ausmus, and Eli Elezra are a handful of the players still remaining.

A small field is expected in this event, so this is definitely one to watch for late entrants on Day 2 when registration closes on Tuesday, October 26, at 2 p.m. PT.

Lineups are made up of five players that include a “Champion” player that scores an additional 50% of their multiplier and four others. With SuperDraft, every player is assigned a multiplier, and as new players enter the WSOP gold bracelet event in real-time, they will be added to the draftable player pool. Points in the contest are awarded to players that finish in the top 20, along with bonuses for finishing in-the-money, reaching the final table, reaching the top five, reaching the top three, and winning it all.

What is Coming Up Next?

After you’ve pocketed the lion’s share of the No-Limit 2-7 Single Draw freeroll, it’s time to turn your attention to the Event #53: $25,000 Pot-Limit Omaha High Roller freeroll where there will be $1,000 up for grabs. Following the Pot-Limit Omaha High roller, there will be the biggest SuperDraft freeroll on offer with $2,500 and a WSOP Main Event Seat available to win in the $50,000 Poker Players Championship that begins on Sunday, October 31.