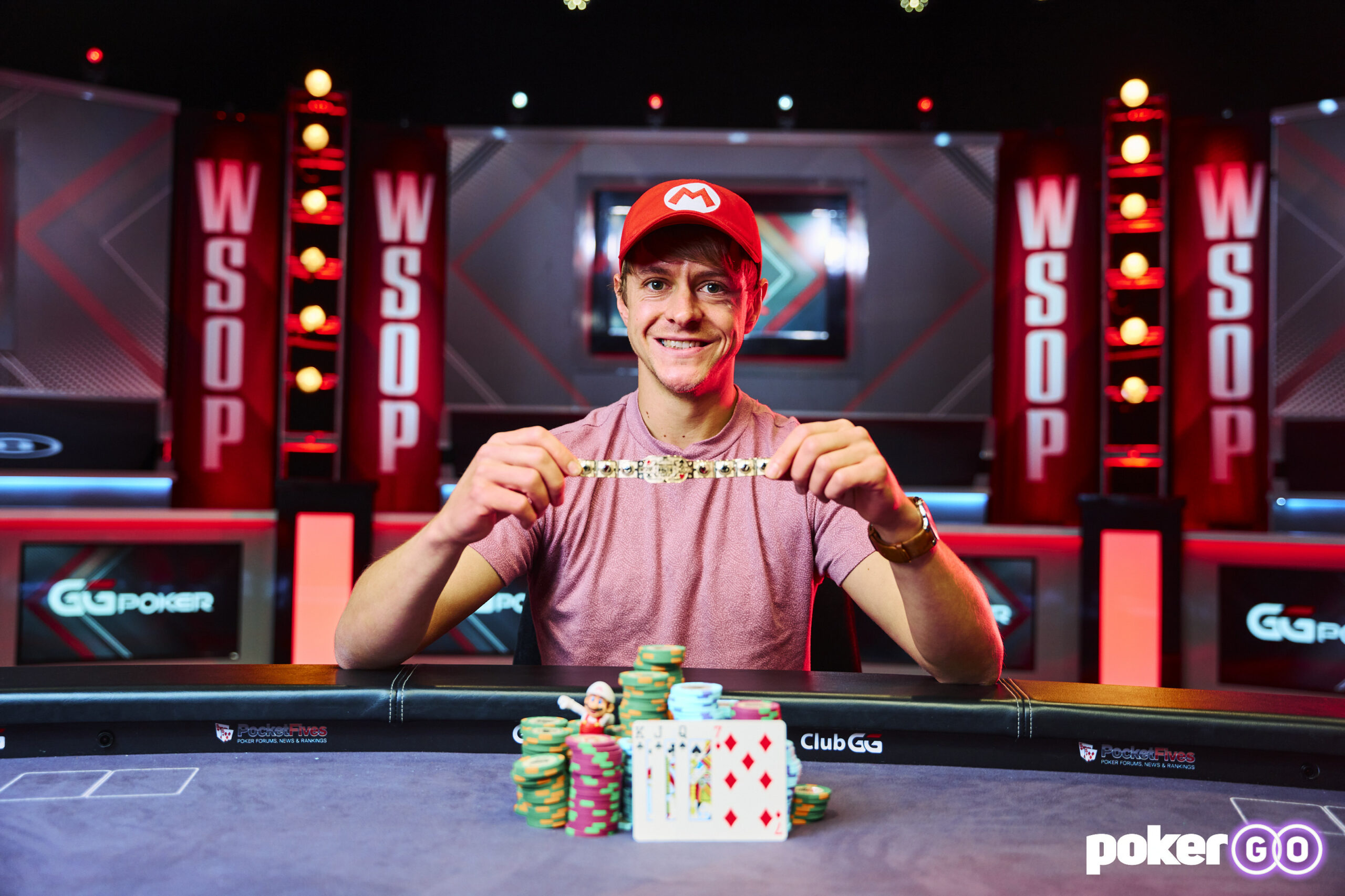 Brandes has been a bit of a pot-limit Omaha crusher at the 2022 World Series of Poker. He previously finished second to Tong Li in Event #19: $25,000 PLO High Roller for $907,132. Although this score was for a bit less than what Brandes cashed for with that previous result, this time around he was able to close things out in heads-up play and get his hands on the World Series of Poker gold bracelet.

The final six players from a 719-entry field returned for the fourth and final day of play in Event #39: $3,000 Pot-Limit Omaha 6-Handed on Tuesday. Sean Winter was the headliner, chasing his first-ever WSOP gold bracelet, but he had a tough group of competitors standing in his way, including Fabian Brandes, who finished second in the $25,000 PLO High Roller earlier at the 2022 WSOP.

The first player to bust at the final table was Grzegorz Derkowski, and he was followed out the door by Ferenc Deak. After that, Winter fell extremely short on chips but started to run it back up. Winter got down to his final 100,000 in chips before winning a series of pots that got him back to around 6,000,000. Then, Thomas Morrison busted in fourth place.

Early on in three-handed play, Winter stormed into the chip lead. Going all the way from 100,000 in chips to the top of the leaderboard in an hour’s time. But then, Winter began to slip again and eventually found himself all in and at risk against Brandes. On a ten-eight-four flop, it was Brandes’ set against Winter’s overpair and straight draw. Winter turned a straight to take the lead, but Brandes rivered a full house to win the hand, sending Winter home in third place.

The heads-up battle was a close one, but ultimately Brandes proved too much for Leonid Yanovski.

On the final hand, Brandes and Yanovski saw a flop of king-nine-four with two spades. The money went in with Brandes holding king-queen-jack-seven against Yanovski’s ace-king-nine-eight. Yanovski had the lead with top two pair on the flop, but a ten on the turn gave Brandes a king-high straight. The river was another ten, which wasn’t the board pair that Yanovski needed, and Brandes was crowned the winner of Event #39 at the 2022 WSOP.