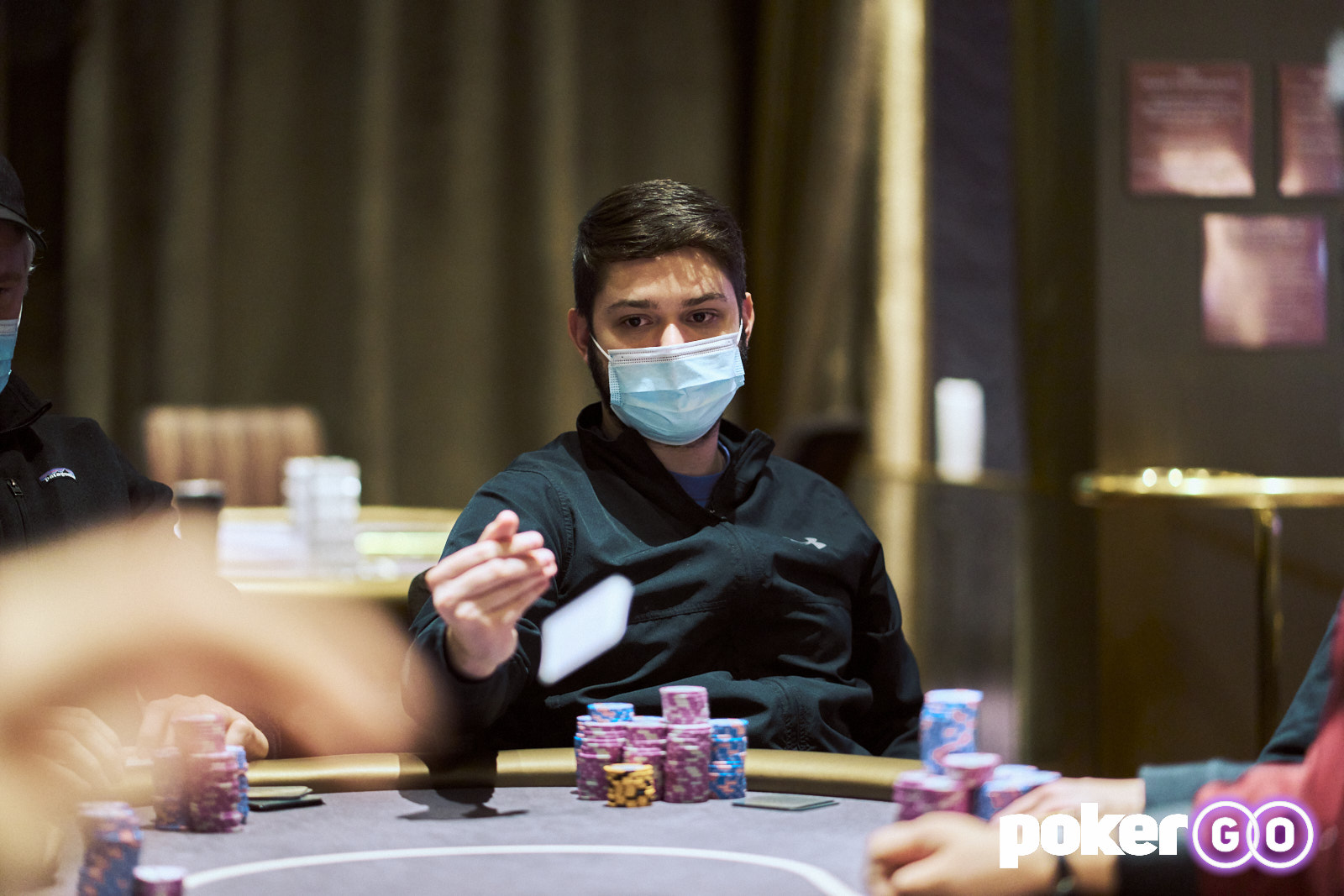 Ausmus held the chip lead for much of the day after eliminating Brendan Shiller late in level 10. Ausmus held pocket aces while Shiller held ace-jack. The flop saw Shiller hit two pair, but Aumus flopped top set. All the money went in on the river when a jack fell giving Ausmus over two million in chips and leaving Shiller shell shocked on his way out the door.

Aumus maintained his chip stack for the rest of the day as he hoovered around two million in chips for most of the afternoon and into the evening. Santiago, meanwhile, found favorable spots throughout the afternoon and slowly built his chips before eliminating Stephen Song in 12th place and Long Lui in 11th place to cross the three million chip mark. Santiago took the chip lead for good when he flopped the nut flush on Baldwin and got paid on river bet to move north of 3.4 million in chips.

Those that did not make the finals six but walked away with a seat into event #3 include Gary Leibovitz (10th), Stephen Song (12th), Michael Wang (13th), Jewook Oh (14th), Michael Santos (15th), Salim Admon (17th), Qing Liu (18th), and Kristen Nyman (19th). Event #1 final tableists Mehdi Anooshahr (16th) and Qing Liu (18th) also found a seat for the second day in a row, but it took multiple bullets for the duo to win their seats. Meanwhile, Seventh place finisher Jake Perry and 11th place finisher Long Lui will look to continue their journey up the Stairway to Millions as not only did both players win their way into Event #2, they have now won their way into Event #3.