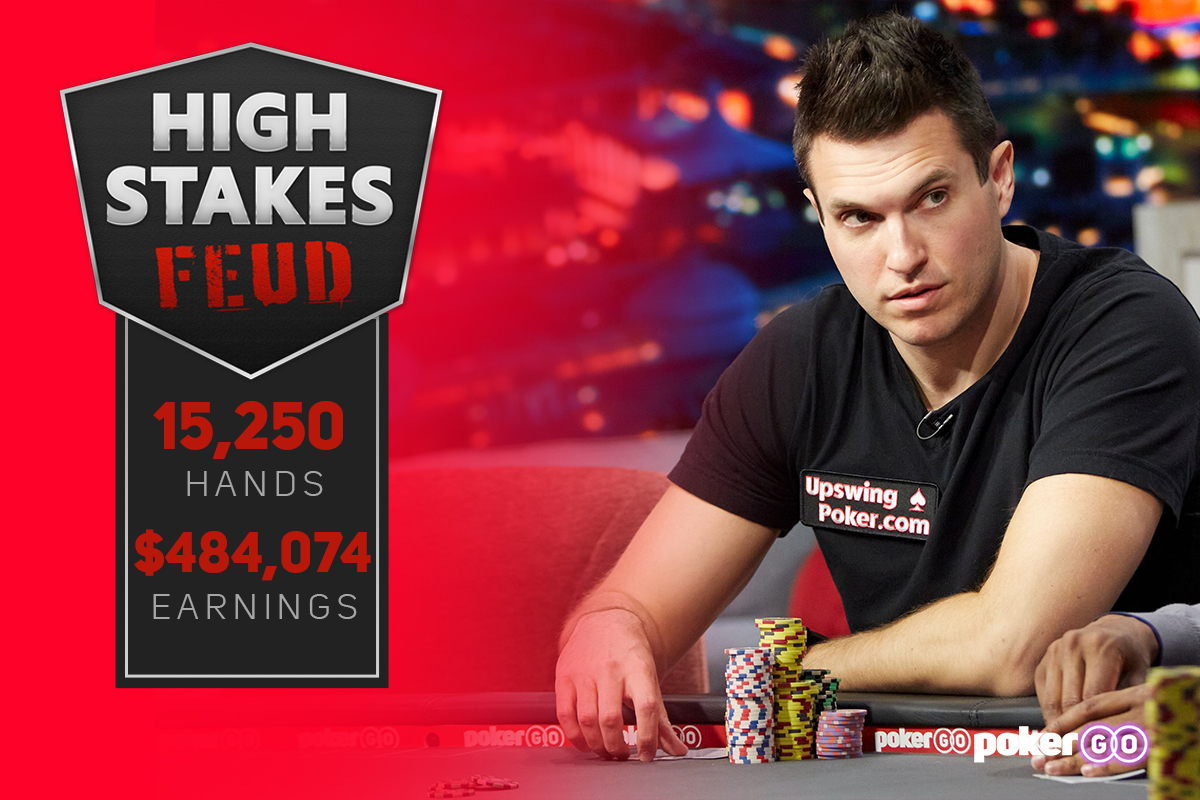 Following a small break over New Year’s Eve, High Stakes Feud between Doug Polk and Daniel Negreanu kicked back off with four sessions to begin 2021. Continuing where he left in the final session of last year, Negreanu is currently on a five-session win streak and reduced his deficit to just $484,073.93.

After beginning in the PokerGO Studio back in November 2020, High Stakes Feud eclipsed the halfway point as the year ended with Polk holding a lead of over $770,000. However, following this win streak from Negreanu, he has closed the gap significantly to be at his shortest deficit since Thanksgiving and roughly half of his previous worst mark of being down over $950,000.

The 23rd session of High Stakes Feud began with Negreanu flopping a flush draw and turning the nut straight to scoop a pot of nearly $80,000. In a three-bet pot, Polk flopped top-top with ace-king but Negreanu found a set on the river to prompt another rebuy from Polk. Down two buy-ins, Polk chipped away at the deficit before picking securing a big double when he picked off Negreanu’s bluff with eight-high as Polk had turned top pair to now only hold a slight lead over Negreanu. The session continued with Negreanu taking back the lead before it ended after 500 hands with the $27,005.80 advantage heading Negreanu’s way.

Negreanu began the next session by slowly chipping away at Polk as his lead blossomed out to roughly a buy-in. Negreanu would shove the river to push Polk off his hand in a pot that saw Negreanu further his advantage to nearly two buy-ins before the biggest pot of the session so far would see Negreanu flop trips and check-call Polk down as he emptied the clip on the river with a busted straight draw. Negreanu now held a lead of three buy-ins and it would grow to roughly $160,000 before the session ended after 750 hands with Negreanu winning $98,579.92.

The early wins went Negreanu’s way in the 25th session of High Stakes Feud before Polk snatched the advantage in a pot where he went uncalled on the turn. Shortly after, Polk rivered a set of aces but it would be no good against Negreanu’s turned flush as “Kid Poker” now held a lead of roughly a buy-in. Although Polk would mount a small comeback, he would be forced to rebuy when he ran pocket eights into Negreanu’s pocket tens on a seven-high flop to be down roughly $70,000. Polk’s deficit reached nearly $100,000 before the session ended after 750 hands with Negreanu booking a $27,945.80 win

On Monday the 26th session would be underway between Negreanu and Polk, and Negreanu bounced out to an early lead of a buy-in when he doubled up holding pocket aces against Polk’s top pair on the turn. Polk then shoved the river with pocket eights and Negreanu picked him off with pocket jacks to move into a lead of nearly $90,000. In a three-bet pot, Negreanu would shove over the top of Polk’s bet on the turn, while on the other table he overbet the pot on the river and went uncalled as his lead now moved to roughly $145,000. Polk would find a huge double when he outdrew Negreanu’s pocket queens by turning trip threes as the deficit was cut to just two buy-ins. Negreanu however regained his composure and began building upon his lead before the session ended after 750 hands with Negreanu winning $132,648.63.

I gotta say @RealKidPoker is playing just night and day better than at the start of the challenge. I still think I have the edge but I wouldn't be surprised if its pretty low at this point. Gotta give credit where credit is due.

With 26 sessions now complete, 15,250 hands have been dealt of the 25,000-hand quota in High Stakes Feud. Polk holds a lead of $484,073.93 over Negreanu as Poker Central will continue to provide weekly updates of all the High Stakes Feud action until a winner is crowned.