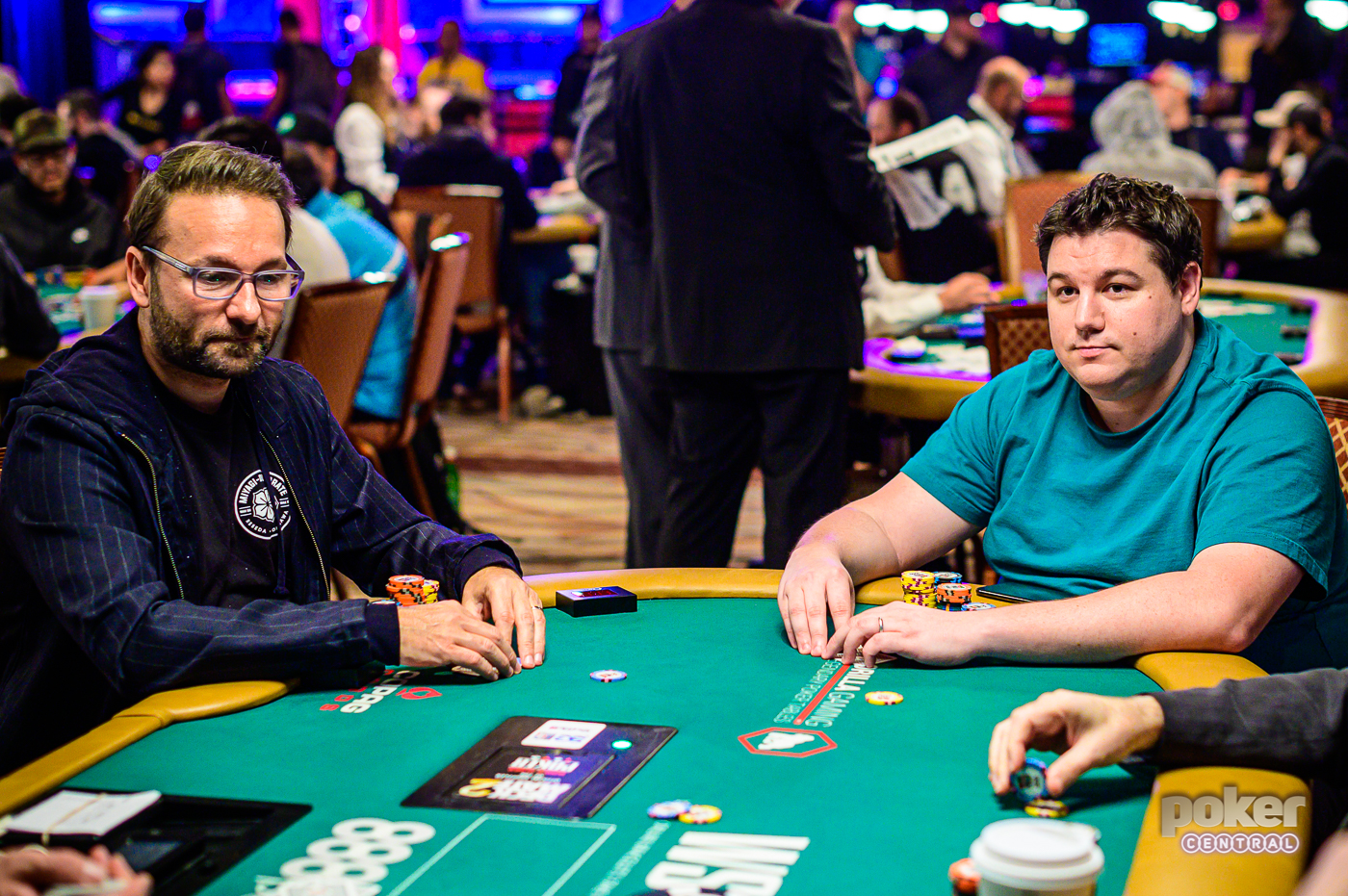 Daniel Negreanu and Shaun Deeb pictured 'together' at the WSOP 2019 felt.

Poker Twitter is never hotter than during the World Series, but with the 2019 WSOP well into its second half, those half-time refreshments are clearly kicking in. From tournament structure rage to personal vendettas, it seems like everyone has their second wind. Heck, even Tom Dwan has joined the party now…

Never one to hide his light under a bushel, Shaun Deeb reignited his bitter feud with Daniel Negreanu during the $50,000 Poker Players Championship, analysing the latter’s play with this hottest of takes. Surely Kid Poker isn’t going to be happy about this level of criticism from a fellow player. Watch this space.

DWAN RETURNS TO THE RIO

Tom Dwan’s run in the $50,000 Poker Players Championship may be over, but it was a lot of fun while it lasted, for the man himself too, it seems.

Just bought in to my first tournament at the wsop in quite a long time.

You’ve probably heard the phrase ‘planting an idea in your head’, but in poker, that’s known as ‘Laplanting an idea’. Razz event winner Kevin Gerhart might be buying the drinks for his friend tonight.

A LITTLE PIECE OF HOME

Danielle Andersen just convinced her son that live poker is just about the easiest game on the planet.

Kiddo called on FaceTime which is pretty unusual, so I answered as cards were being dealt. Ended up inadvertently letting him sweat his first ever hand of poker, in which I flopped bottom set & won 12k. So yeah, he now prob thinks we’re super rich & poker is super easy. 😬🤦🏻‍♀️

Connor Drinan once lost with aces against aces in a million-dollar entry tournament, so whatever he feels is fully justified. Even this, actually… especially this. Light the replies on fire.

WSOP Main Event runner-up (and still WSOP bracelet-free somehow) Jesse Sylvia has come up with a new event. Expect to see it added to next year’s schedule. Day 1z in the Chick-fil-A car park, anyone?

COMON DOWN TO THE JESSE SERIES OF POKER

CANT WAIT TO SEE YOU THERE!!1 pic.twitter.com/hGiPHBtbIm

Jason Gooch is into second place in the latest Player of the Year top ten, with Upeshka De Silva usurped and Dan Zack now hanging on. But just look who’s in sixth place and rising, having survived to Day 3 of the PPC. Yes, it’s Shaun Deeb, knocking on the door of the Top Five and only a solid final table finish away from even higher. Can Deeb go back-to-back?

You can check out the full WSOP Player of the Year standings right here.