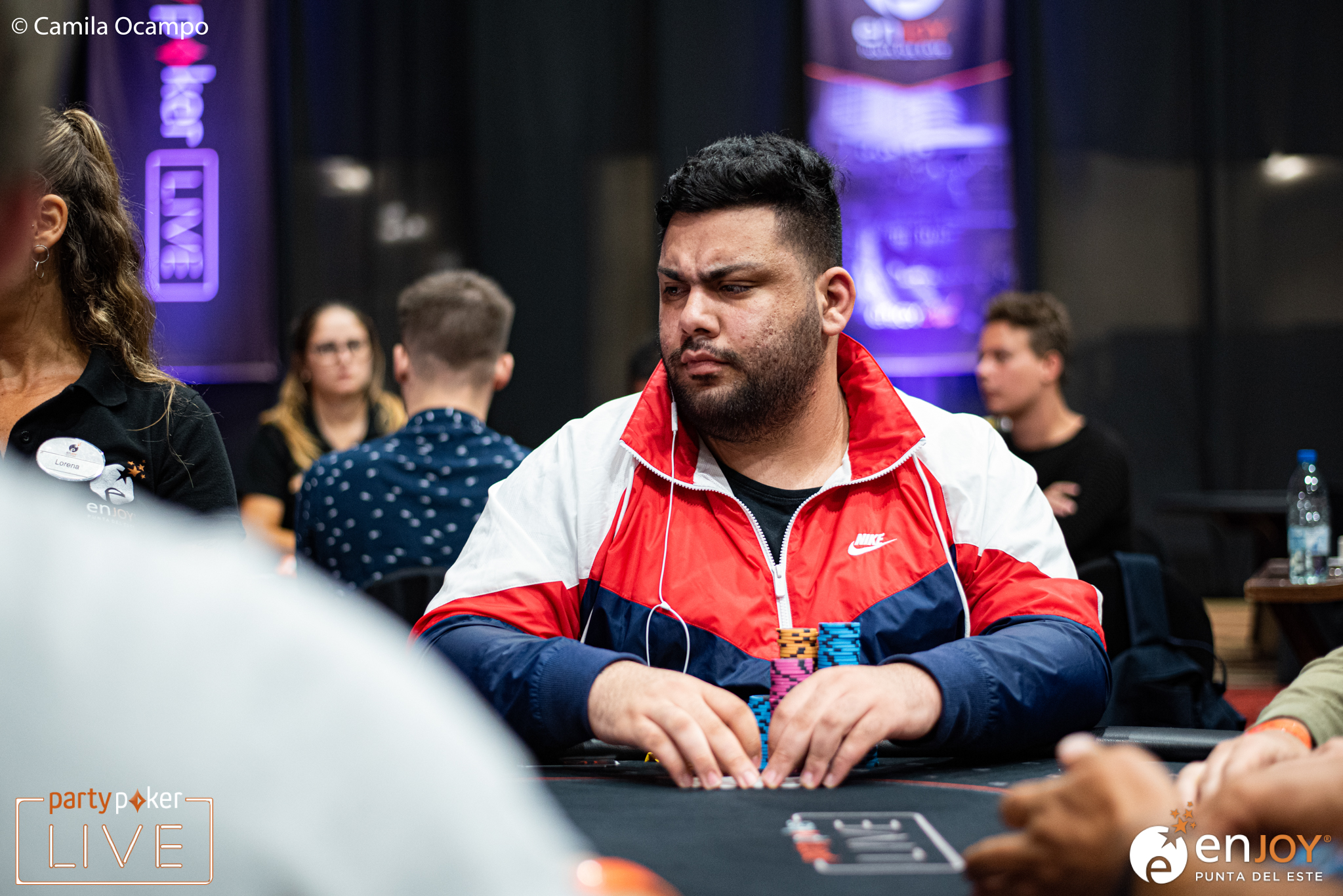 He showed up a little later than everybody else, but he used his time at the live felt optimal. Daniel Rezaei qualified for Day 3 playing online at partypoker and started the Day with 19 million. When the dust had settled after eight levels of play on the penultimate day of the tournament, just nine players remained, and Rezaei had almost 140 million in chips.

The Austrian leads the partypoker MILLIONS South America Main Event by a wide margin, with his closest competitor bagging 65 million.

Follow the Live Reporting of the Final Table right here or read back the coverage from the previous days. Watch the Day 3 action on PokerGO and check out the final table right here.

Day 3 of the Main Event started with 65 players, 60 who had survived the first two days live, the other five having played their heats online.

It was a real battlefield in the first levels, with countless players hitting the rail early. Amongst those to make the money but not get any further than a min-cash were Tatyana Barausova and WSOPE winner Jack Sinclair. The next pay jump, from $20,000 to $25,000, was reserved for such players as online powerhouses Ivan Luca, Ezequiel Waigel, and Diego Zeiter.

With the first big batch of players out of the way, things settled down a bit, and the average stack got a bit deeper again. Still, partypoker’s sponsored Day Kotoviezy, Roberto Romanello, and Richard Dubini exited in rather quick succession.

Hate him or love him, Chino Rheem had been the center of attention at the partypoker MILLIONS South America with numerous stints at the feature table. The PCA champion made a deep run but ultimately fell in 26th place for $35,000. First, he doubled Dzmitry Urbanovich with nines against aces and lost the remainder of his stack with ace-eight against ace-king.

Rainer Kempe, another familiar name to poker fans around the world, fell next. After some spots where he had gotten lucky, his fortune ran out in a hand against Martin Arce. Kempe check-raised all in with a straight draw, and Arce called with ace-high. A blank on the river saw Kempe depart.

Defending champion Marty Mathis, who won the partypoker MILLIONS South America in Brazil last year, ran kings into Arce’s aces.
With three tables left, it was the Rezaei show as he dominated all action. He seemingly couldn’t lose a hand, with even hands ending up in a chop where he was behind.

For the longest time, it looked like two tables would return on Day 4 but quick eliminations from Hiroaki Harada (12th), Charles Kassin (11th), and Martin Arce (10th) made for one table of nine remaining. Arce fell in the penultimate hand against, you guessed it, Daniel Rezaei. The two got it in with eights (Arce) against ace-queen (Rezaei), and a queen on the river sealed the deal.

When the final nine return to the beautiful ballroom in the casino of Enjoy Punta del Este, the blinds will be 600,000 and 1.2 million. partypoker’s Dzmitry Urbanovich brings a mere four big blinds. Can he be the next ‘chip-and-a-chair’ story? Find out tomorrow as play gets underway at noon local time with the live-streamed final table on PokerGO starting on a one-hour delay.