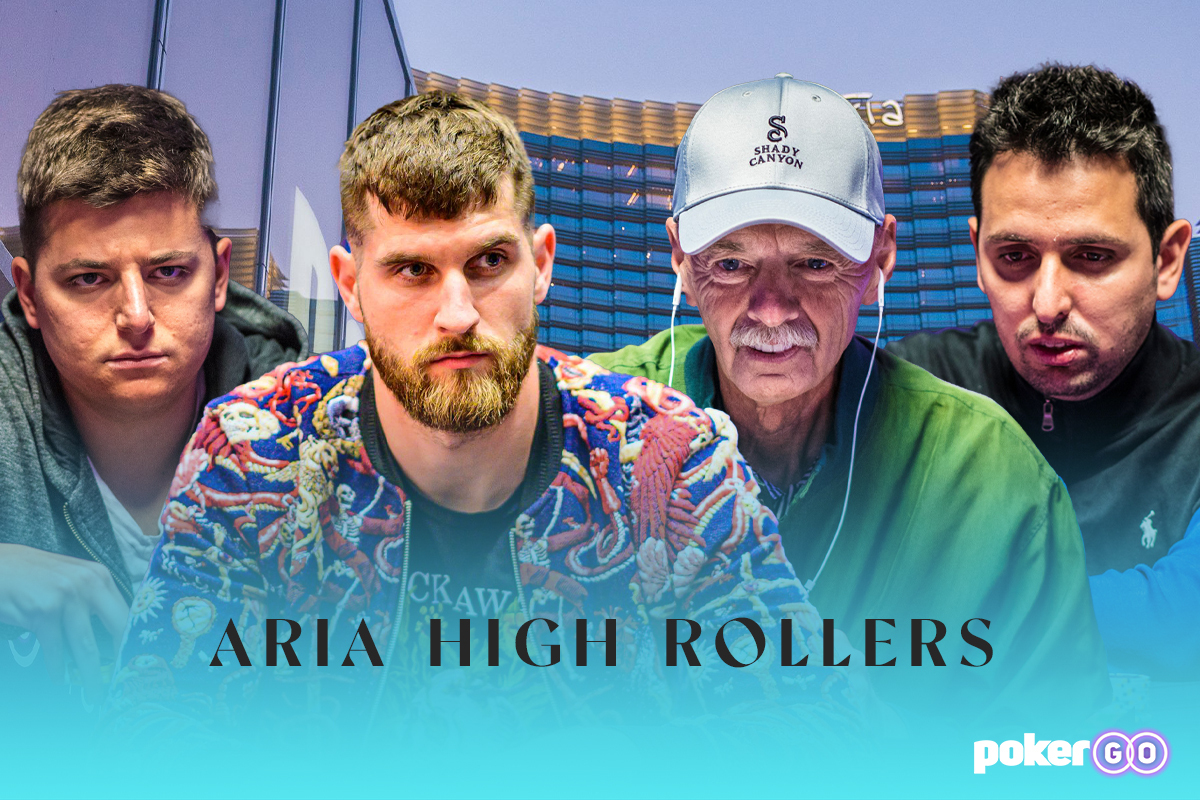 These tournaments are part of the PokerGO Tour with players earning points based on the amount they cash for. The full PokerGO Tour schedule can be found here, and the current PokerGO Tour leaderboard is available here.

Wednesday would see 51 entrants create a prize pool of $510,000 that paid the top eight finishers. It would be a battle of Europe when play reached three-handed as Poker Masters Purple Jacket winner Ali Imsirovic exited in third before Matas Cimbolas defeated Johan Guilbert heads-up to collect the $163,200 first-place prize.

On Thursday, a total of 47 entrants created a prize pool of $470,000 that paid the final seven players. Jack Hardcastle collected his second cash in two days, while Cimbolas would fall just short of back-to-back victories after losing heads-up to Sergio Aido. Aido pocketed $159,800 in prize money to see his lifetime tournament earnings eclipse $12.26 million.

The first of two $25,000 buy-in tournaments begin on Friday as the 36-entrant field created a prize pool of $900,000. The final six players finished in-the-money as Jake Schindler, Sean Winter, and Imsirovic all collected their second cash of the week. However, it would be Bill Klein defeating Seth Davies heads-up to pocket the $324,000 first-place prize as his lifetime tournaments now sit just shy of $4.85 million.

The final event of the week would see a $675,000 prize pool created from the 27-entrant field as both Eric Worre and Daniel Negreanu collected their first cashes, while Johan Guilbert claimed his second. However, it would be third time’s a charm for Schindler, as he collected the win and the $310,500 first-place prize and eclipses $25.9 million in lifetime tournament earnings.