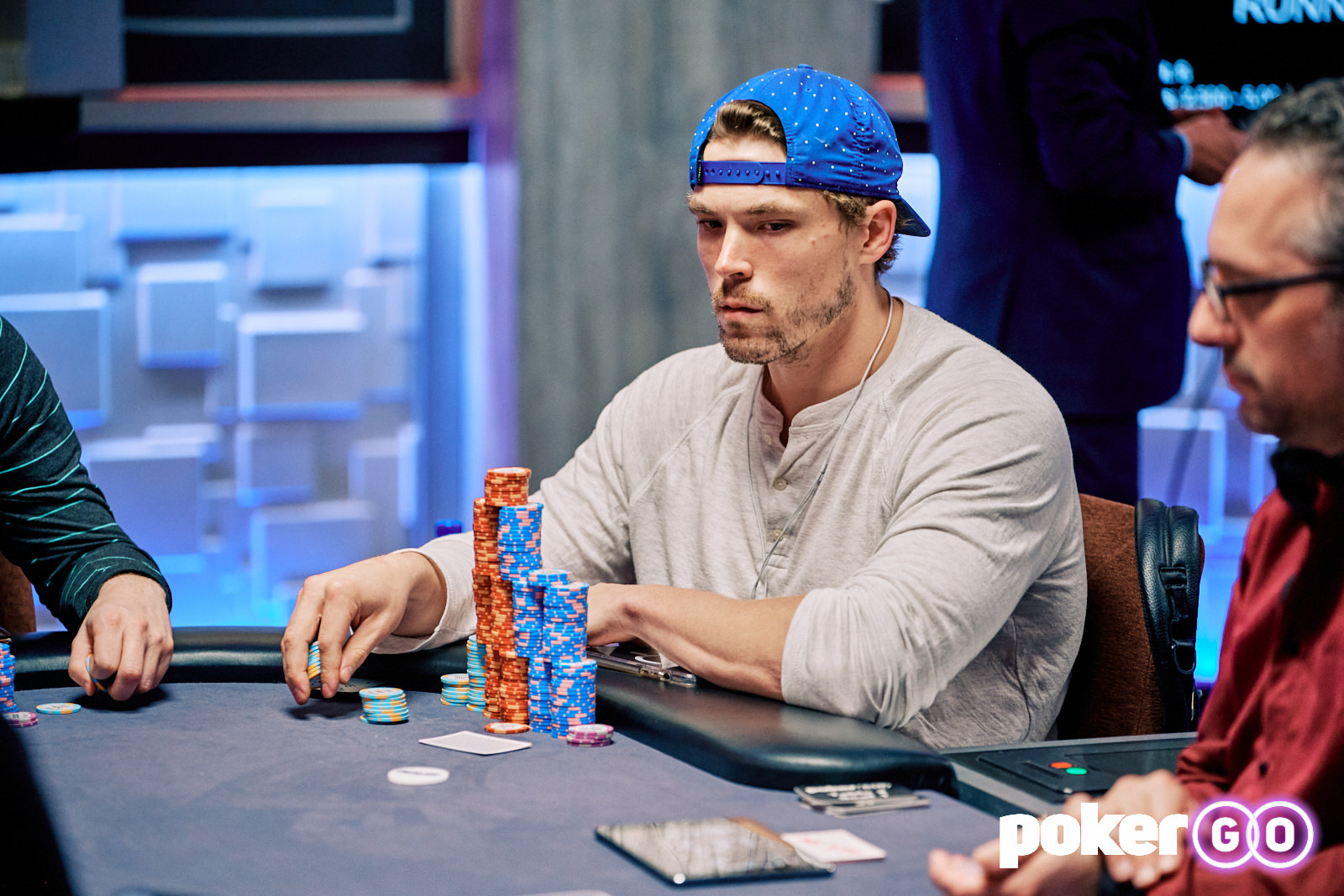 Alex Foxen amassed chips early in the day and stayed near the top of the leaderboard for much of it, ultimately bagging the chip lead heading into the Event #9 final table stream. He will be looking to win his second trophy in three days, as the seven remaining players battle it out on the felt, which is set to air exclusively on PokerGO at 4 p.m. ET on Friday, March 25.

Sam Soverel will be coming into the final day second in chips, while Japan’s Tamon Nakamura will be third in chips and will be looking for his third trophy of the 2022 U.S. Poker Open. Erik Seidel will be contending for the trophy as well, while Alex Livingston, Phil Hellmuth, and Ren Lin will begin the stream as the short stacks, each having less than 20 big blinds.

When play resumes, Level 15 will continue with 7:14 remaining and the button will be on Alex Foxen.

Nine players earned themselves a piece of the prize pool, although the bubble took a while to burst. Barry Hutter was knocked out in 13th when he ran his short stack into Shannon Shorr’s pocket tens and failed to improve. It would be another hour before the next elimination, when Dylan DeStefano was gone in 12th after a couple of unfortunate hands against Seidel.

It would again be more than an hour until Jason Koon lost his remaining chips to Lin after his queen-nine saw no improvement versus ace-jack, ending his run in 11th. Once again, it would be yet another hour before Ali Imsirovic ran his very short stack into Foxen’s pocket queens eliminating him in 10th and bursting the money bubble.

Once the players were in the money, Zhuang Ruan was the first one eliminated at the final table in ninth place when his ace-ten went up against Seidel’s king-queen. The board ran out to give Seidel a flush on the river and Ruan was gone. A short-stacked Shannon Shorr would be the next player out in eighth place. The remaining players played a few more hands before deciding to end play for the night and return to the final table stream seven-handed.

The seven remaining players have locked up $78,750, but all eyes are on the $472,500 first-place prize. A win or runner-up finish for Nakamura will put him back on top of the 2022 U.S. Poker Open leaderboard. Foxen, Hellmuth, and Lin are also currently in the top ten and have the opportunity to vault up to a higher spot depending on their finish at the final table. The player with the most points on that leaderboard at the end of the series will earn a $50,000 championship bonus and the Golden Eagle trophy.

The final seven players will return to the PokerGO Studio on Friday, March 25, at 12 p.m. PT with the final table airing on PokerGO.com and the PokerGO YouTube channel at 1 p.m. PT.