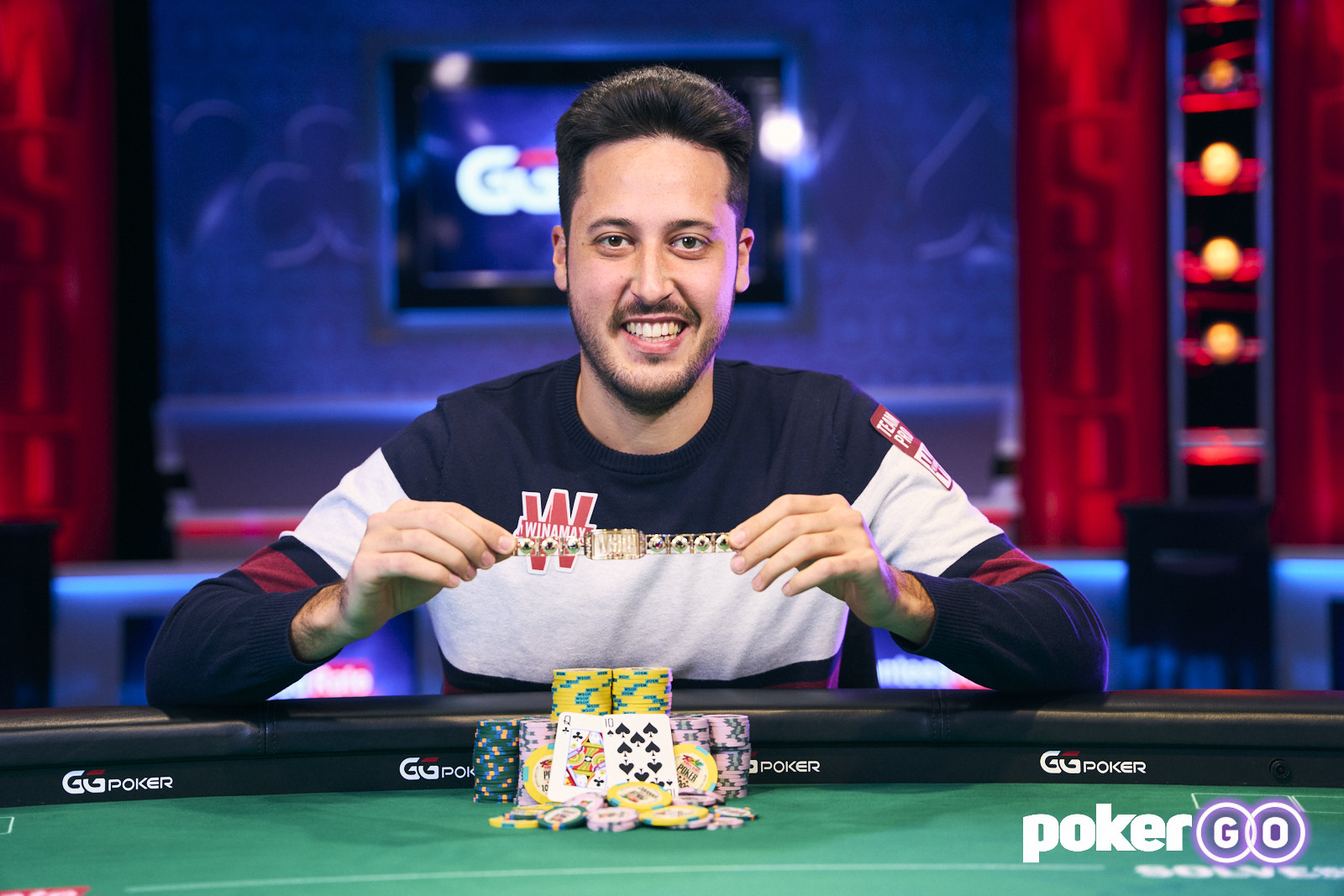 Adrian Mateos is one of the most accomplished and successful No-Limit Hold’em players of his generation, and following his victory in Event #82: $250,000 Super High Roller at the 2021 World Series of Poker, Mateos now has four WSOP bracelets at just 27-years old.

Although fellow high-stakes player Dominik Nitsche edged out Mateos as the youngest player to win four WSOP bracelets, Mateos has the advantage of sitting atop of his country’s All-Time Money List with over $25.2 million in lifetime tournament earnings. Mateos now climbs into 22nd on the All-Time Money List behind Christoph Vogelsang and John Juanda – and at just 27 years old – will see that number continue to climb as he continues to thrive in high-stakes tournaments around the world.

“The most important thing for me is feeling that I’m in the top of the players and tournaments,” Mateos said about what is the most important aspect to his game now that he has won his fourth WSOP bracelet. “Feeling that I can compete with the best of the best is what motivated me to stay here and I will continue to try my best to keep having good results in the high buy-in tournaments.”

The $250,000 Super High Roller attracted 33 entrants and created a prize pool of $8,217,000 as Mateos entered the PokerGO.com streamed final table as the overwhelming chip leader over Keith Tilston, Ben Heath, Seth Davies, and John Kincaid. Tilston was the first to fall in fifth-place before Davies exited next in fourth-place. After a long three-handed battle, Kincaid exited to leave Mateos holding the lead over Heath. Mateos immediately extended his advantage out to a four-to-one lead before the final hand played out where Mateos shoved with top pair and Heath called all-in with fourth pair to exit in second-place.

“I know that I was the favorite to win, but there are four more players to beat,” Mateos said about if he felt any pressure coming into the final table as the overwhelming chip leader. “But I was lucky enough and I played well to win.”

Mateos earned $3,265,262 in prize money which trumps his previous biggest score of €1 million when he won the WSOP Europe Main Event in 2013. After winning his first WSOP bracelet at just 18 years old, Mateos eventually made the transition to playing the high roller tournaments around the world against the best players all competing for the top spot on the All-Time Money List.

“Yes, because if not, I won’t play these types of tournaments,” Mateos said if he thinks he is among the best players in the world. “I think I’m a winning player in this tournament, and that’s why I play the tournament, and I hope to be the winner.”

Dominik Nitsche won his fourth WSOP bracelet at 27 years old, and Mateos is the second player to accomplish that feat. Amazingly, Mateos only players No-Limit Hold’em tournaments but will play across all the stakes on offer throughout the World Series of Poker.

“My game is a little bit different in a tournament with a lot of people compared to a small field,” Mateos said about playing in small high-stakes fields compared to bigger fields with less-caliber players. “The big fields I love to play to, I like to compete with people I never played with before. I really enjoy both.

Mateos is an incredibly accomplished poker player having now won four WSOP bracelets, along with titles at the EPT, ESPT, ACOP, partypoker MILLIONS, and PokerGO Tour events. Many poker players that have achieved the success that he has at such a young age can often fall out of love with a game that has brought them so much success.

“I still love the game. When I discovered the game I just fell in love and I am still in love with the game,” Mateos said about loving the game after having achieved so much success at such a young age. “I spend many hours playing and studying so I’m pretty happy that I have a little success.”