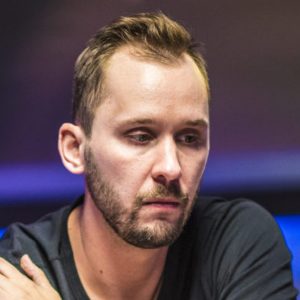 Jonathan Depa is a Chicago native, who has worked his way up from playing $235 buy-ins in 2009, to some of the biggest buy-ins around the world. Fresh off his win in October of 2019 in the WSOP $50K Short-Deck event in Razvadov, Depa has surpassed the $2.5 million mark in lifetime earnings. Depa has numerous other titles including a win at the 2019 Poker Masters short deck event, and partypoker MILLIONS South America high roller.

Remko Rinkema - June 24, 2020 The Poker Masters Online PLO Series on partypoker saw its third event wrap up last night when it was Jens Kyllonen who mounted an improbable comeback versus Jonathan Depa. Depa lead for most of the tournament but after a two-hour heads-up battle, he waved the white flag to his Finnish opponent. Marcello Margiliano remains the…

Remko Rinkema - November 8, 2019 After finishing as runner-up to Jonathan Depa in Event #4 of the Poker Masters, Alex Foxen took a few moments to appraise his approach to the Short Deck event and judge his own play against someone he has a huge amount of respect for in the format and game in general. Rewatch the entire Poker…

Remko Rinkema - November 7, 2019 The $10,000 Short Deck event at the Poker Masters has been won by Jonathan Depa who defeated a field of 37 entries to collect the top prize worth  $133,200. Depa dominated this event, holding the chip lead nearly from start to finish, busting Alex Foxen after an intense heads-up battle to close it out. “Heaters…

Tim Duckworth - November 6, 2019 The third event of the 2019 Poker Masters saw the deck shortened as 37 entrants took a seat inside the PokerGO Studio for Event #3: $10,000 Short Deck. After nearly 13 full levels of play, Jonathan Depa finished as the chip leader with 3,305,000 in chips heading into Thursday’s PokerGO streamed Event #3 final table….

Remko Rinkema - October 23, 2019 Phil Ivey is an enigma of enormous proportions in the world of poker and we were all very excited to see him join the action at World Series of Poker Europe in Rozvadov. With this excitement in mind, prior to the events starting and with very little knowledge of the situation, I took a stance…
All Jonathan Depa articles...
Top