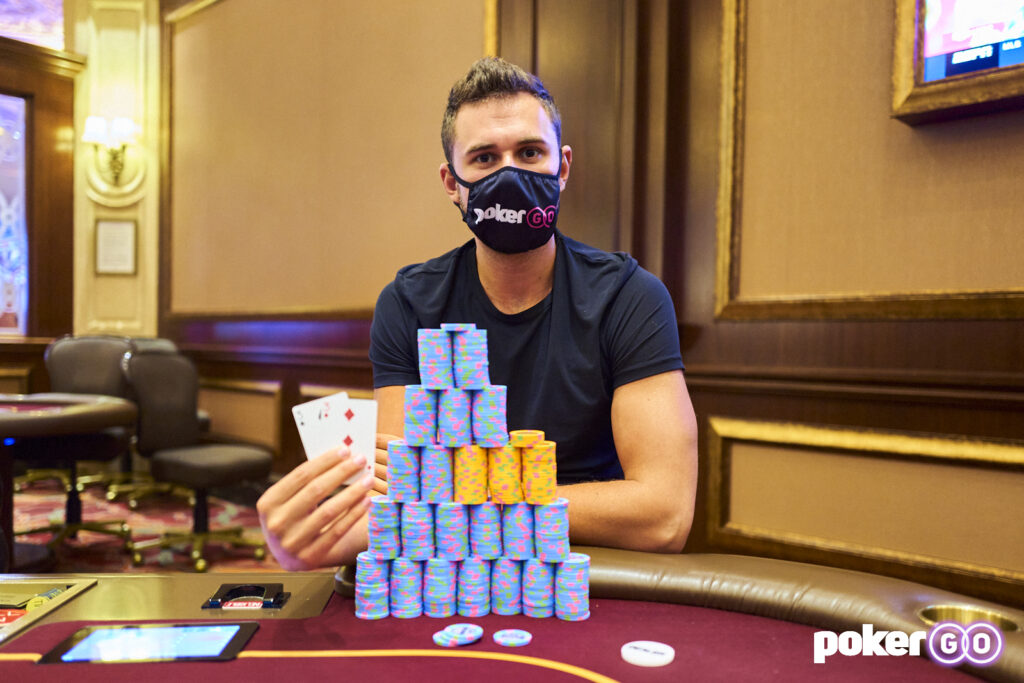 Perry has been jostling with Ali Imsirovic all year on the PokerGO Tour leaderboard presented by Guaranteed Rate. With this victory, Perry closed the gap slightly with Imsirovic even though he finished in third place himself. Perry now joins Imsirovic with over 2,000 points on the PokerGO Tour and has amassed nearly $2.9 million in winnings from his 18 cashes and five tournament wins.

The third high roller event of the series saw the stakes raised to $25,000, and a total of 29 entrants created a prize pool of $725,000. Following a series of late entrants, a total of 17 unique players made up the field, and soon once registration closed, the tournament was down to the final table of nine.

Eric Worre was dealt a bad beat when his ace-king suited was flushed by Antonios Roungeris’ ace-king suited to depart in ninth place before a short-stacked Chris Brewer fell in eighth. Cary Katz was eliminated in seventh place when his pair and straight draw couldn’t improve against the set of Imsirovic as he, Roungeris, and Perry were the overwhelming chip leaders on the money bubble. Perry took over from here and began accumulating chips at will as he sat with a third of the chips in play when Nick Petrangelo was eliminated on the money bubble by Sam Soverel.

The final five players were all in-the-money, but it continued to be Perry’s show as he kept extending his lead. Andrew Lichtenberger was eliminated in fifth place when he ran his pocket sevens into the pocket nines of Roungeris before Soverel lost a race holding pocket sevens to the king-queen of Perry. Perry now had roughly 3 million of the 3.6 million chips in play, and although he doubled Roungeris, he would eliminate Imsirovic in third place to enter heads-up play with roughly a ten-to-one advantage over Roungeris.

Heads-up play lasted only a few hands as Perry shoved with pocket threes and Roungeris called all-in with a suited ace. Roungeris turned counterfeit outs to go along with his pair outs, but a brick on the river saw him eliminated in second place as Perry collected the $290,000 first-place prize and his fifth tournament victory of 2021.

The PokerGO News Live Reporting team will be back on The Venetian Resort Las Vegas to provide live updates of Event #7: $25,000 No-Limit Hold’em starting Sunday, August 15, at 2 p.m. PT. 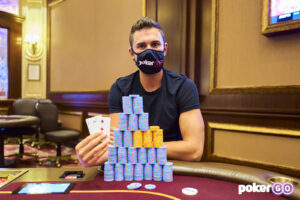 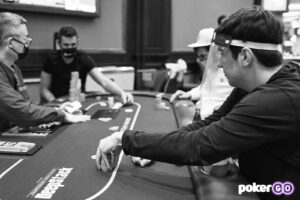 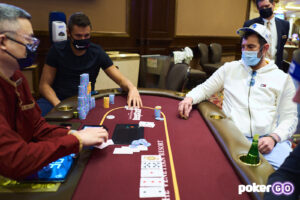 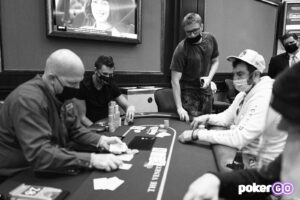 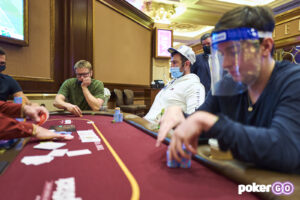 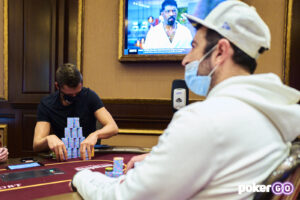 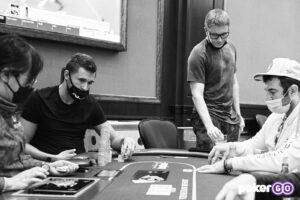 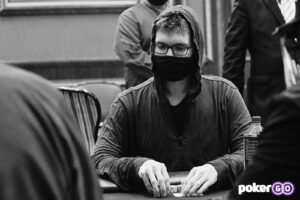 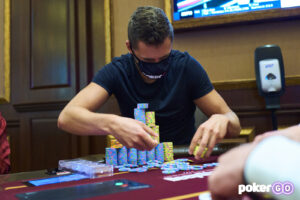 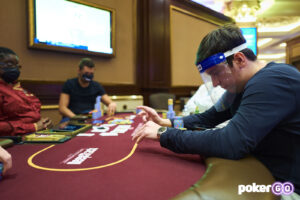 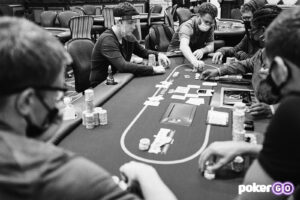 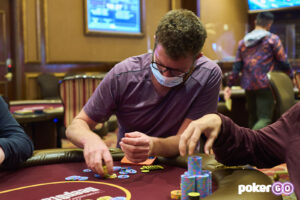 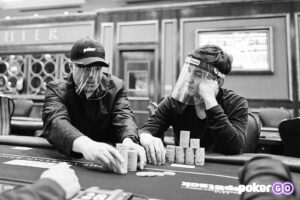 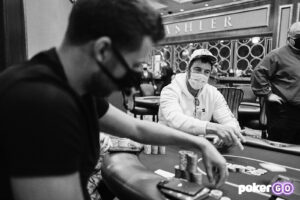 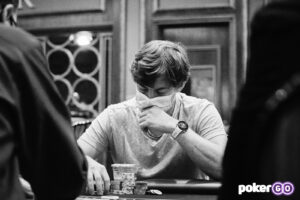 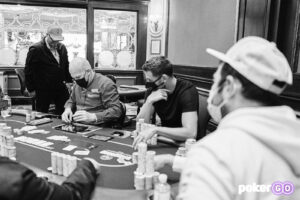 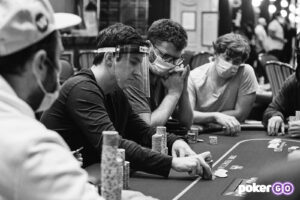 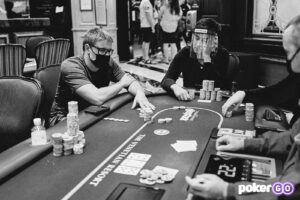 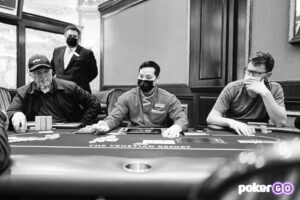 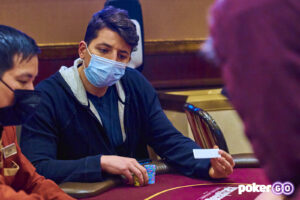 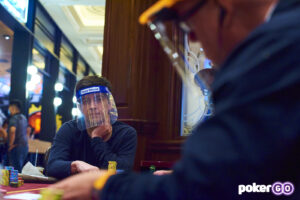 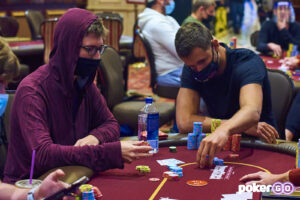 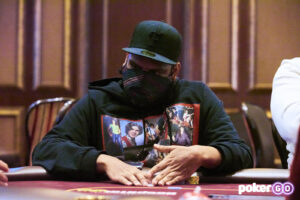 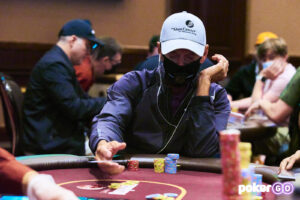 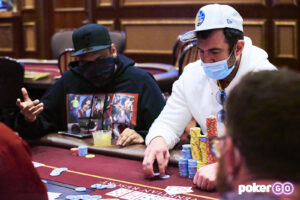 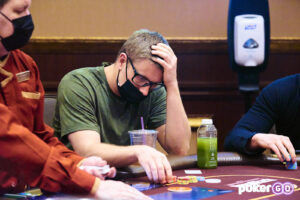 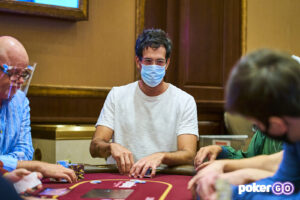 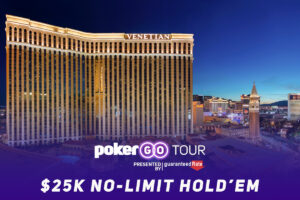