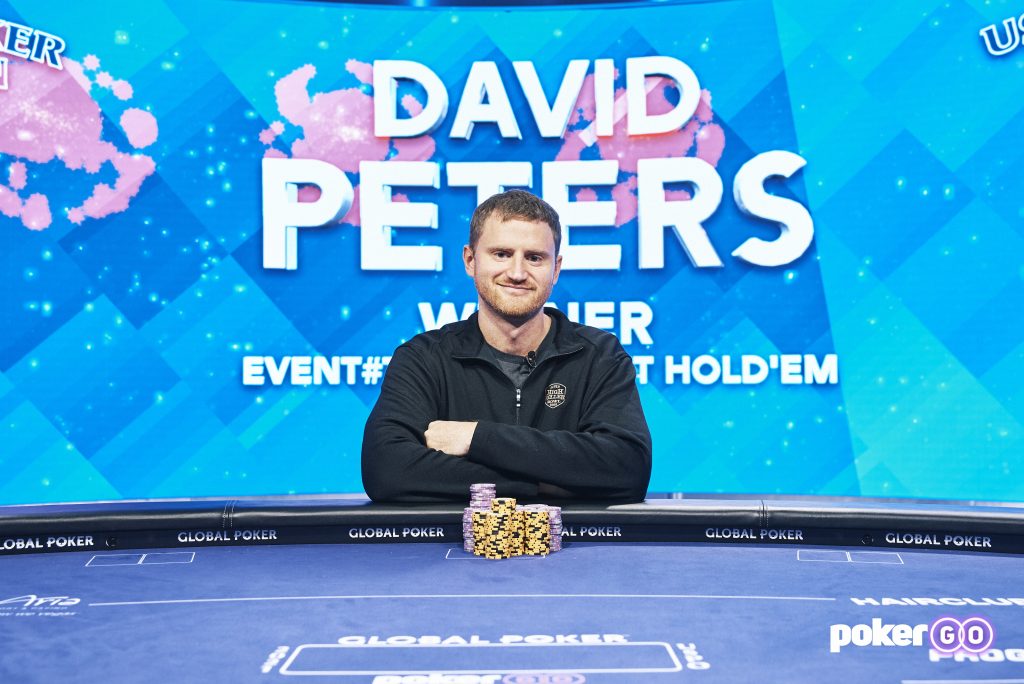 David Peters pulled off an incredible upset at the 2019 U.S. Poker Open by winning the Main Event to close out the series and steal the Championship from Sean Winter but today he reigned supreme from beginning to end. After a slow burn during heads-up play versus Jared Jaffee, Peters came out on top in the largest event of the series to date as 99 total entries created a first-place prize of $217,800.

At the final table, Kristina Holst was first to go before the bright lights were turned on and action got underway on the live stream with David Peters and Jared Jaffee nearly tied for the chip lead. Event #1 runner-up Dan Shak busted in seventh place when he couldn’t win the flip with sixes versus the ace-nine of spades of Peters. Shak added to his point total and now sits third overall on the championship standings.

Peters continued to chip up after Shak’s departure before putting Ivan Zufic all in from the small blind with six-four of diamonds. Zufic looked down on king-eight with 10 big blinds remaining and after some contemplation, he made the call. Peters managed to find a six on the flop and that reduced the field down to five players. At this point in the tournament, Peters held half the chips in play and he continued to dominate.

Down to 14 big blinds, Alex Foxen opted to shove from the small blind with king-jack offsuit and Jaffee snap-called holding ace-king suited. The flop gave Jaffee top pair and Foxen a gutshot but the turn nor river changed the outcome of this hand. After raking in this pot, Jaffee was firmly in second place with both Andrew Lichtenberger and Brock Wilson were in dire need of some chips.

Jaffee raised from the button to 275,000 and Lichtenberger defended the big blind with six-five suited after which the flop brought three-five-eight. Lichtenberger checked to Jaffee who put him all in for his final 8 big blinds and he made the call for his tournament life immediately. Jaffee spiked a jack on the turn to take the lead but a five on the river kept him in the game!

Lichtenberger’s double up put serious distance between him and Wilson who was left trailing the pack with just six big blinds. Peters raised from the button holding ace-ten of hearts leading to Wilson defending his big blind with ace-five. The flop brought out five-seven-king with two hearts and Wilson moved all in. Peters called with a flush draw as the equities ran really close but the three of hearts ended the hand immediately.

Three-handed play did not last many hands as Lichtenberger snap-called all in from the big blind when Peters put him to the test from the small. Peters tabled jack-ten offsuit against Lichtenberger’s ace-seven who risked 16 big blinds on this hand. Peters’ final table showdown luck continued as the dealer fanned out jack-jack-ten, reducing Lichtenberger’s chances to survive to 0.3%. The miracle wasn’t in the cards for Lichtenberger and Peters started head-up play with 9.3 million versus Jaffee’s 3 million.

Heads-up play was slow and passive as Jaffee was carefully picking his spots, chipping to even the stacks after about an hour of play. Then, out of nowhere, a giant cooler fell into Peters’ lap as he made a full house versus Jaffee’s trips. Peters overbet the river and Jaffee snap-called only to see the bad news. Two hands later, Peters put Jaffee all in from the button and he called all-in for his last 12 big blinds holding king-deuce. Peters tabled ace-eight and Jaffee muttered, “You always have it, huh?”

The board ran dry for Jaffee who collected $158,400 for his first-ever U.S. Poker Open cash while Peters came out on top to put him among the top contenders for the gold eagle trophy and $50,000 championship prize.

The 2021 U.S. Poker Open continues right now as Event #8: $10,000 Pot-Limit Omaha is in full swing. Check out our Live Reporting right here and tune into the final table of that event at 1:00 pm PT on PokerGO. Here are the Top 10 of the Championship Standings. 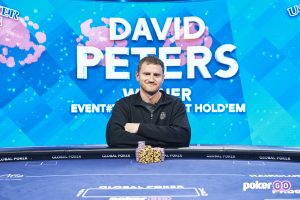 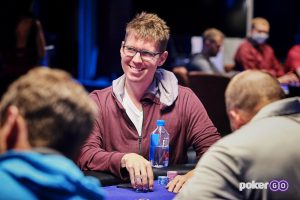 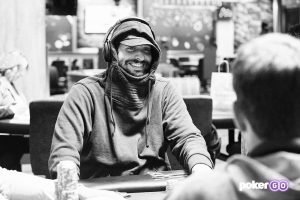 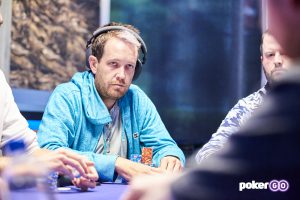 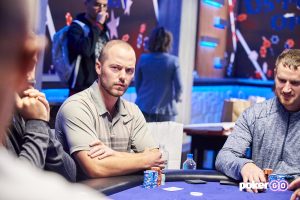 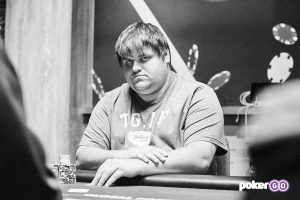 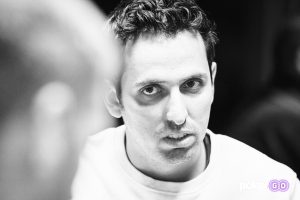 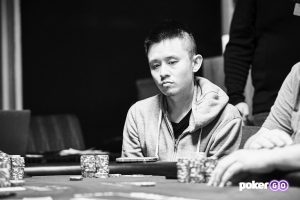 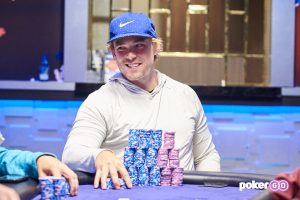 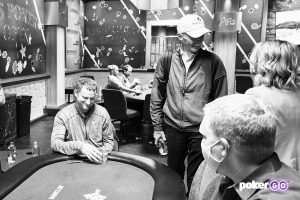 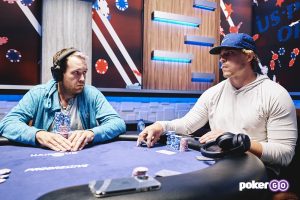 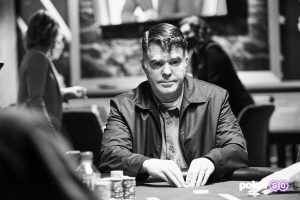 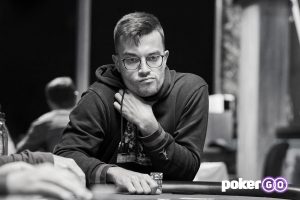 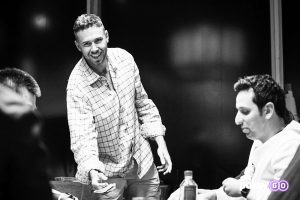 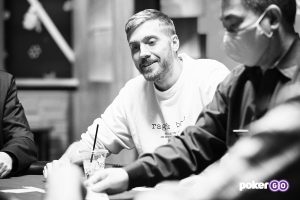 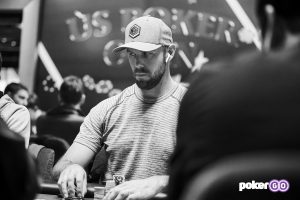 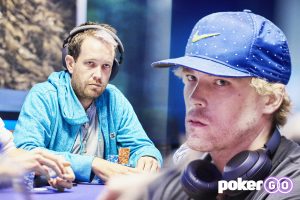 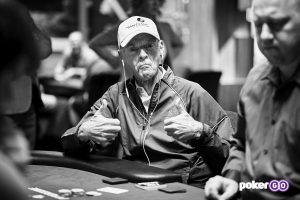 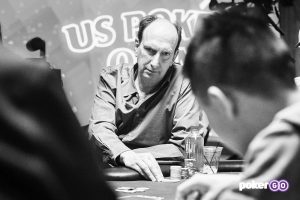 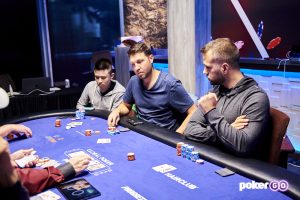 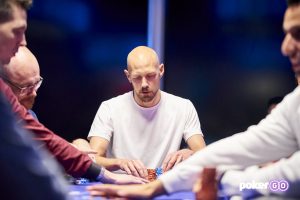 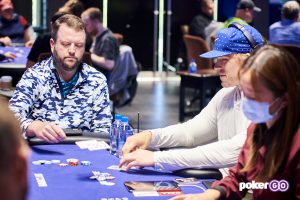 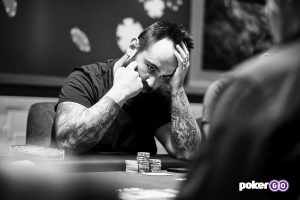 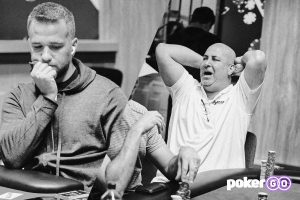 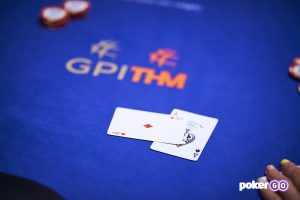