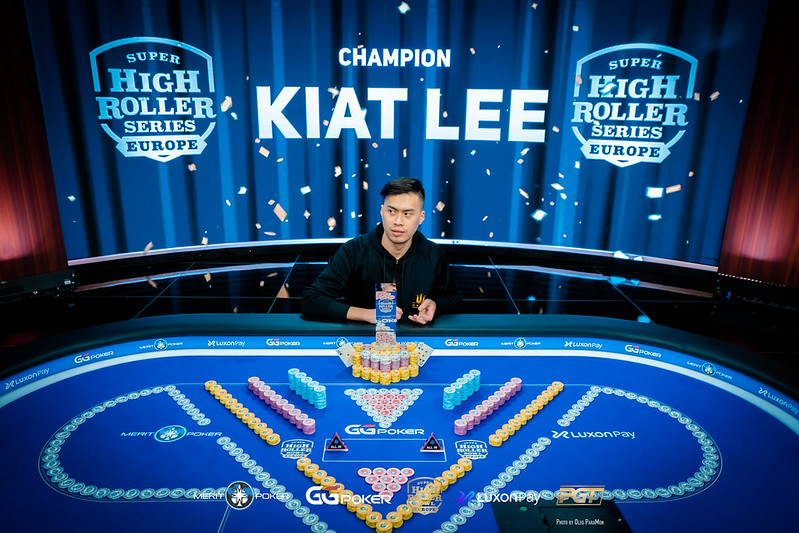 Wai Kiat notched his third short deck tournament cash at the extended high-stakes tournament slate at the Merit Royal Hotel Casino & Spa in North Cyprus. Together with his runner-up finish in a Triton Poker Cyprus event and a sixth-place finish in SHRS Europe Event #2, Wai Kiat was able to bring his festival winnings to $1,458,000.

On his way to victory in Event #9, Wai Kiat beat a 19-entrant field, featuring some of the best short deck players in the world. The top three finishers shared the $950,000 prize pool, with American pros Seth Davies and Jason Koon joining Wai Kiat on the podium.

Lee Wai Kiat battled with Jason Koon and Seth Davies on a three-handed table from early levels. They would eventually end up as the last three players remaining, which might have not looked like a likely scenario as Wai Kiat could not gain much traction early on.

The start was far from ideal for Wai Kiat, although he was still able to move into the top half of the standings by the time all bullets were put into play and registration closed.

While Koon and Davies were scoring knockouts to bring the field down to the last table, Wai Kiat was cruising steadily. He entered the seven-handed final table fourth in chips.

Chris Brewer was first to leave the table after he ran ace-queen into Danny Tang’s ace-king. Davies then took care of Phil Ivey, who four-bet shoved with king-jack only to see Davies call with ace-queen suited and hold.

A pivotal hand emerged five-handed, with Davies maneuvering the chip lead at the time. With the tournament close to the bubble, Davies tried to pressure his opponents, but his light open-shove with nine-eight offsuit came just when Wai Kiat peeled pocket kings. Wai Kiat faded Davies’ gutshot outs after the flop and doubled into the chip lead.

Next to leave was Danny Tang, who shoved the second-shortest stack on the table with the queen-jack of clubs. Koon found aces in the cutoff and a safe board for the best starting hand brought the event to the stone bubble.

Cary Katz ended up as the “bubble boy” for the third consecutive time in a short deck tournament at SHRS Europe. This one was rather uneventful as Katz could not find any spots on the final table and watched his stack slowly diminish to fewer than four button antes. Katz put his remaining chips into the middle with a flush draw in a three-way limped pot but failed to improve against Wai Kiat’s top pair with ace-nine.

Wai Kiat paced the three-handed play, during which Koon and Davies swapped positions when Davies called Koon’s preflop jam. Davies had the king-queen of diamonds and he held against king-jack to move into second place.

Shortly thereafter, Koon was knocked out in third place. Wai Kiat shoved from the cutoff with jack-ten and Koon called with a dominating queen-jack suited but a ten on the flop eliminated him.

Wai Kiat had more than a 2-1 lead at the start of the heads-up match but Davies was able to continuously inch closer to his opponent. At one point, Davies took over the chip lead but, for the most part, the two stacks were fairly close.

With the tournament progressing and antes getting more expensive, Wai Kiat and Davies were open-shoving a considerable portion of their hands. For a while, they traded pots preflop with no contest. During that stretch, Wai Kiat was able to pull slightly ahead.

The final showdown came when Wai Kiat shoved for an effective 15 button antes with the ace-six of clubs. Davies called with queen-jack, and while he flopped the top pair, Wai Kiat hit trip sixes on the turn. The river was a brick and Wai Kiat was crowned the winner.

Ivey cashed for a total of $2,880,100 at the Triton Poker Cyprus and SHRS Europe festival. For topping the leaderboard, Ivey added a $25,000 bonus to his name and claimed the Super High Roller Series Championship title. 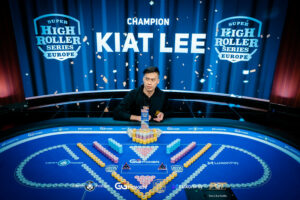 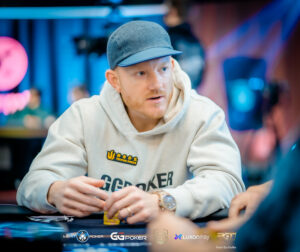 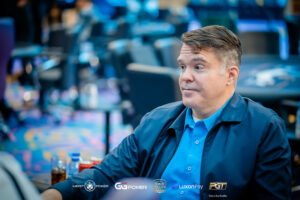 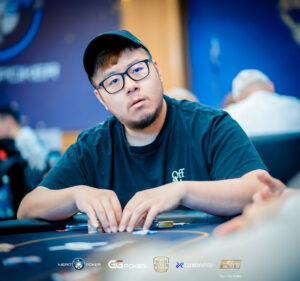 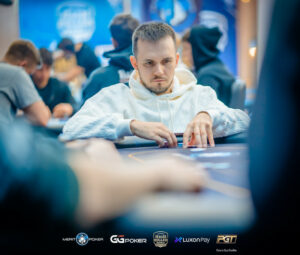 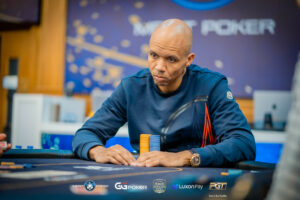