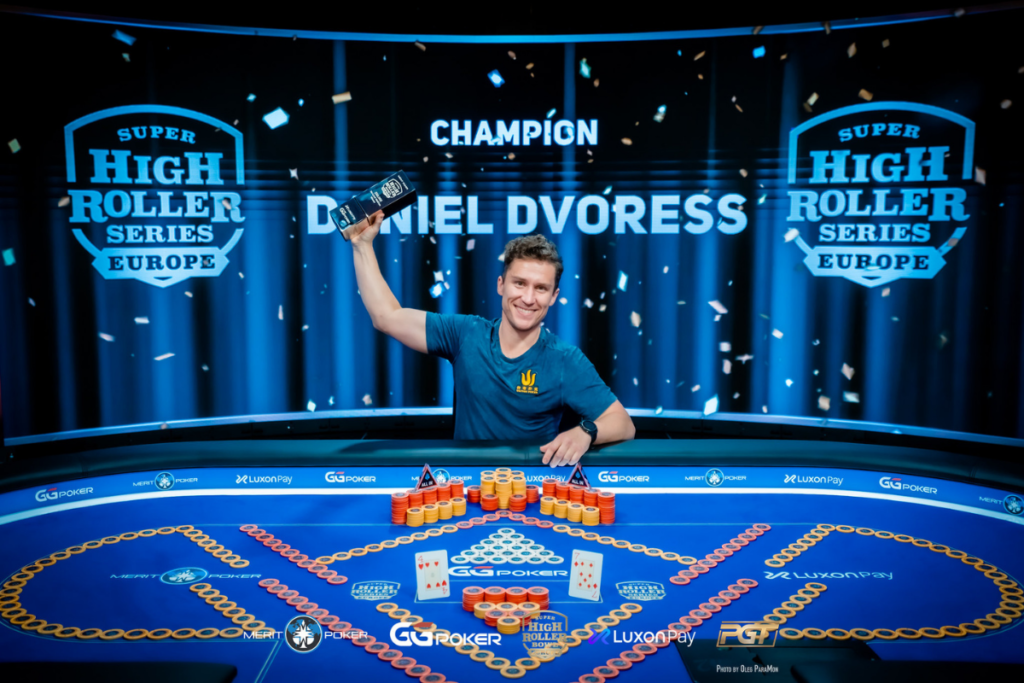 With the win, Dvoress improved to third place on the 2022 Super High Roller Series Europe leaderboard, which includes the Triton Poker Cyprus events. Dvoress now has one victory and five cashes for $1,732,000 at the joint festival.

Event #6: $50,000 NL Hold’em of Super High Roller Series Europe took place at Merit Royal Hotel Casino & Spa in North Cyprus. The final table was live-streamed on PokerGO’s YouTube channel. The tournament had a $50,000 buy-in and drew 43 entries, creating a prize pool of $2,150,000. The top seven finishes reached the money, with all players to cash earning PGT leaderboard points in addition to their cash prize.

Dvoress came into Wednesday’s final table fifth in chips with seven players remaining, having locked up $86,000. Dvoress began working his way up the leaderboard and then busted Tom Vogelsang in seventh place when his ace-king bested Vogelsang’s pocket sixes.

After Vogelsang’s exit, Artur Martirosyan hit the rail in sixth place. Martirosyan was also eliminated by Dvoress, and once again it was Dvoress winning a flip. Martirosyan had pocket eights against Dvoress’ ace-queen of clubs, and Dvoress made a flush to win the hand.

Viacheslav Buldygin was next to bust, getting his money in good with pocket queens against Jason Koon’s pocket tens. Koon flopped a ten and Buldygin turned a flush draw, but Buldygin couldn’t find help on the river to get the double up.

Timothy Adams, who began the day as the chip leader, then busted in fourth place when he ran king-queen of diamonds into Dvoress’ pocket aces on a four-bet shove.

Falling in third place was Koon, and he went out to Sam Greenwood while Dvoress sat on the sidelines and watched it go down. Koon check-raised all in on a seven-three-two flop with queen-three and got called by Greenwood with king-seven. Greenwood’s hand held up and it was off to heads-up play.

Heads-up play began with Dvoress in the lead, but this wasn’t a quick match, lasting almost three hours. Eventually, Dvoress won a huge pot to double up when his flopped trips got paid off by Greenwood’s two pair, and Greenwood was left with just 300,000 in chips, which was two big blinds.

Dvoress finished off Greenwood on the next hand, making two pair with seven-four against Greenwood’s four-three to win it all.

The 2022 Super High Roller Series Europe leaderboard is still very much Phil Ivey’s to lose. He’s on top with 1,725 points and nearly 700 points clear of anyone else. Jason Koon is second with 1,048 points, and he is the only other player with more than 1,000 points at this time, and then Daniel Dvoress is third with 881 points. 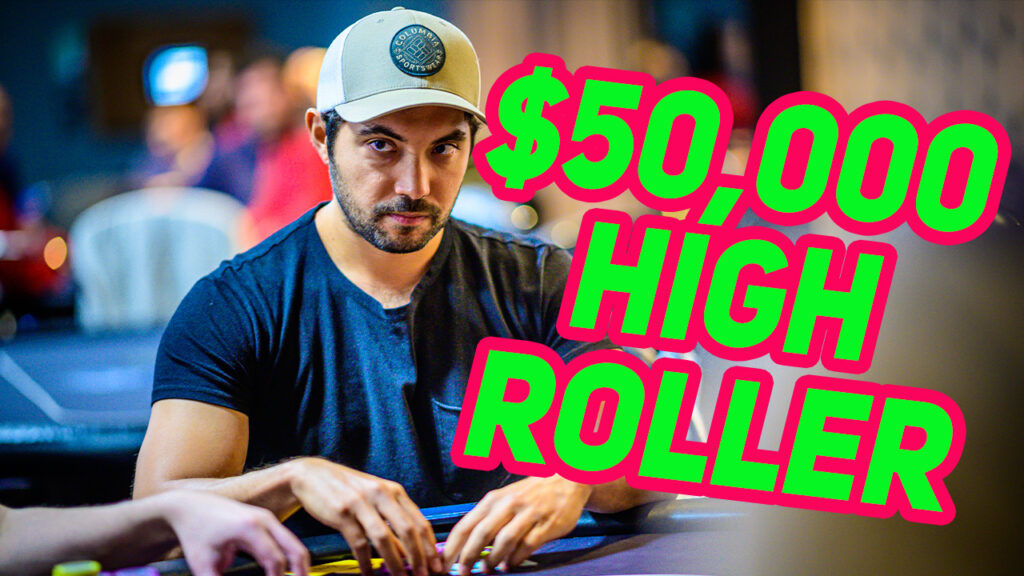 Timothy Adams finished Day 1 as the chip leader with 1,655,000 in chips ahead of Sam Greenwood, Jason Koon, Artur Martirosyan, Daniel Dvoress, Viacheslav Buldygin, and Tom Vogelsang. The final seven players have locked up $86,000 in prize money, while all eyes are on the $731,000 first-place prize.

The final seven players will return to the Merit Royal Hotel Casino & Spa on Wednesday, April 13, at 1 p.m. local time with the final table airing on the PokerGO YouTube channel at 7 a.m. ET / 4 a.m. PT with David Tuchman and Brent Hanks on commentary. 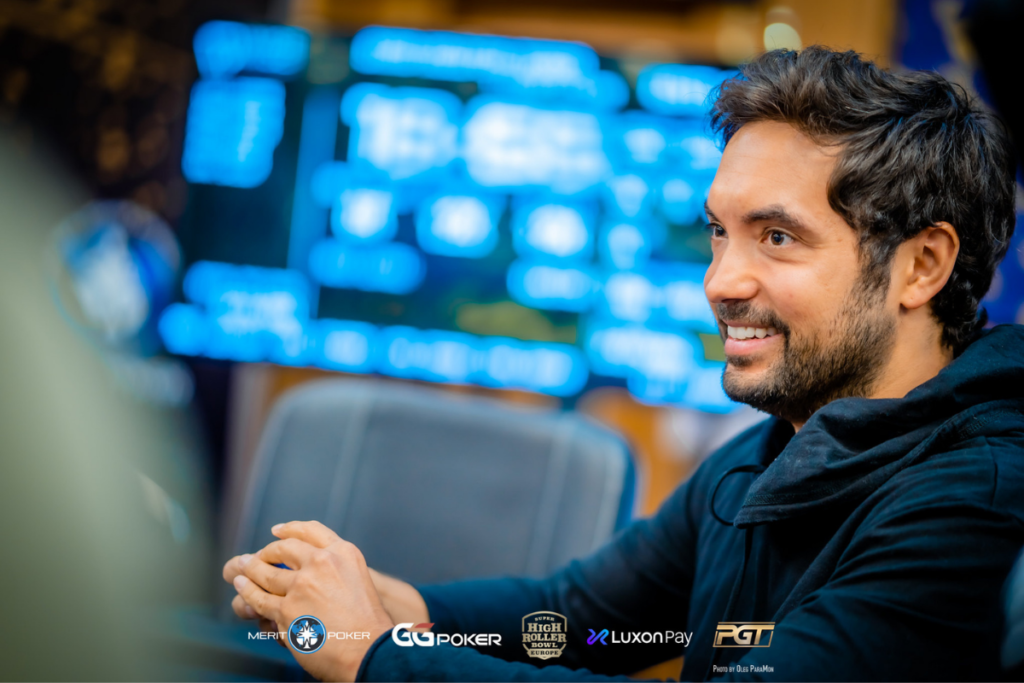 Event #6 at Super High Roller Series Europe has $731,000 up for grabs for the winner, and Adams will have to battle with a tough group of competitors to get first place. Sam Greenwood is second in chips, Jason Koon is third in chips, Artur Martirosyan is fourth in chips, Daniel Dvoress is fifth in chips, Viacheslav Buldygin in sixth in chips, and Tom Vogelsang is seventh in chips.

Adams secured the chip lead by knocking out Cary Katz on the money bubble to end Day 1. Katz moved all in with pocket eights and ran into Adams’ pocket queens. Katz was able to take the lead when he flopped a full house on the king-king-eight flop but a queen hit the turn and did him in.

All seven players remaining are in the money and guaranteed $86,000 in prize money.

Timothy Adams is having a quiet yet powerful year, already having won two events for a combined $1,125,811 despite not playing as full of a schedule as he once did. Adams won the €50,000 Super High Roller at EPT Prague and a $25,000 NL Hold’em Turbo at Super High Roller Series Europe.

Sam Greenwood finished fourth and eighth in events at Triton Poker Cyprus and will be looking to close this one out for what would be his first live tournament victory since December 2019.

Jason Koon is third in chips entering Day 2 and second on the Super High Roller Series leaderboard with 854 points. Although it will be hard for anyone, including Koon, to catch Phil Ivey and his 1,725 points, Koon could put another dent in Ivey’s lead by moving up the leaderboard in Event #6. Koon is making his sixth cash of the Triton Poker Cyprus and Super High Roller Series Europe festivals, with three third-place finishes in a row.

Tom Vogelsang is currently eighth on the series leaderboard after winning Event #1 of Super High Roller Series Europe and cashing in another tournament here in North Cyprus.

The final seven players will be back in action at the Merit Royal Hotel Casino & Spa in North Cyprus on Wednesday, April 13, for play to begin at 1 p.m. local time. Viewers from around the world can tune in to the PokerGO YouTube channel at 7 a.m. ET (4 a.m. PT) to watch this one play to a winner.

Cary Katz shoved for 225,000 from the hijack and Timothy Adams isolated from the small blind. Tom Vogelsang got out of the way.

flop pulled Katz ahead, but the

was a dagger for him. He could only hope to hit the last eight on the river, but the

eliminated him on the bubble.

“I always get the maximum pain,” Katz said before he left the table.

Artur Martirosyan open-shoved from the cutoff and Daniel Dvoress called for 340,000 from the big blind.

flop was pretty much as good as it gets for Dvoress, and the

turn already confirmed his double. The

Sam Greenwood Adds to His Stack

Sam Greenwood made it 40,000 from the middle position and Viacheslav Buldygin flatted from the cutoff.

completed the board. Greenwood bet 65,000 and Buldygin folded. 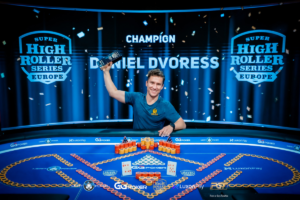 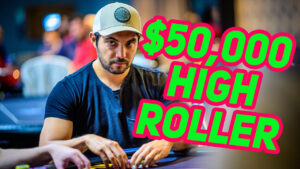 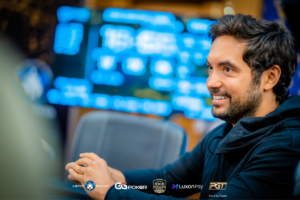 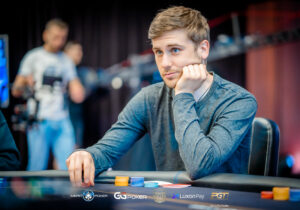 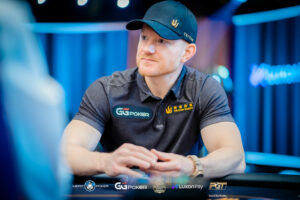 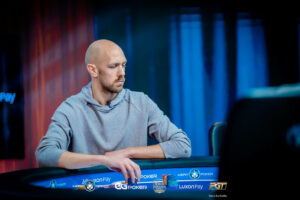