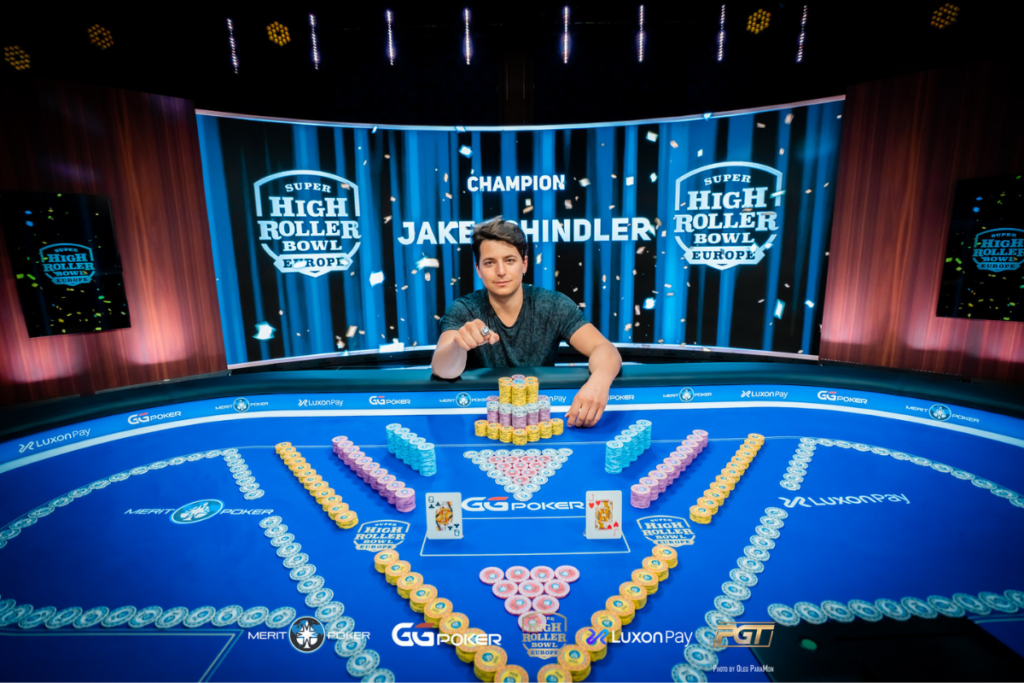 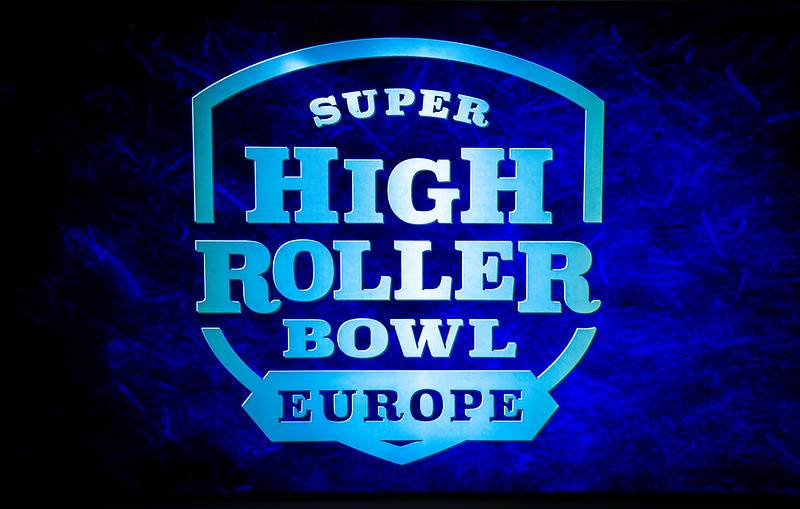 The final day of the $250,000 Super High Roller Bowl Europe sees seven players returning to play for the $3.2 million first-place prize. American Jake Schindler is in prime position holding the chip lead, but he will have to contend with previous Super High Roller Bowl champions and the defending PGT Player of the Year if he is to walk away with the title.

The final seven players will return to the Merit Royal Hotel Casino & Spa on Friday, April 15, at 1 p.m. local time with the final table airing on the PokerGO YouTube channel at 7 a.m. ET / 4 a.m. PT with Jeff Platy and Brent Hanks on commentary. 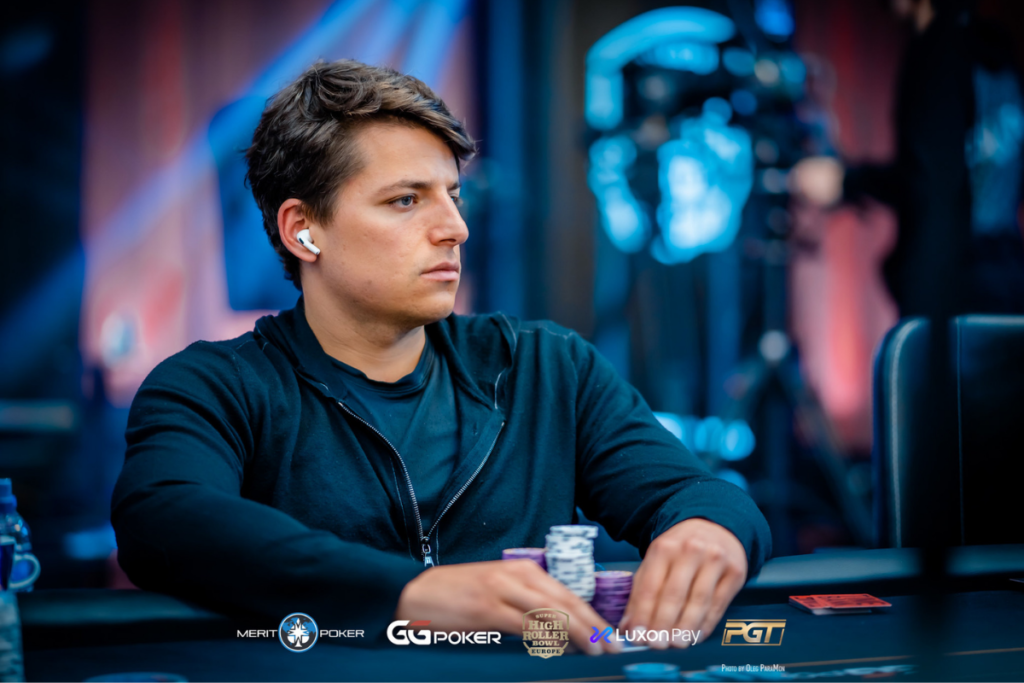 Just seven players remain in the $250,000 Super High Roller Bowl Europe, with American Jake Schindler leading the way into the third and final day of play. The top five places will make the money, with a $3,200,000 first-place prize on offer.

Early eliminations on Day 2 included Elton Tsang, Benjamin Heath, Artur Martirosyan, and Phil Ivey. Ivey, who won Super High Roller Series Europe Event #4 for $640,000, went out at the hands of Danny Tang when Tang’s ace-queen found a queen on the river to beat Ivey’s pocket eights. Ivey remains the current frontrunner of the Super High Roller Series Europe leaderboard, but he will have to take to the remaining events on the schedule in order to build upon his lead.

After that, Marius Gierse, who won Super High Roller Series Europe Event #3 for $432,000, went bust, and then the likes of Laszlo Bujtas, Stephen Chidwick, Viacheslav Buldygin, and Cary Katz hit the rail. Gierse was knocked out by Jake Schindler, whereas Bujtas, Chidwick, Buldygin, and Katz were all eliminated by Paul Phua. Katz’s elimination sent the field down to nine players.

When the players joined to one table of nine, Phua was in the lead and Michael Addamo was the shortest stack. Addamo quickly found a double-up through Ali Imsirovic, leaving Sam Greenwood as the short stack. Greenwood then lost nearly all of his chips against Schindler and was left with the amount of just one small blind – 6,000. Greenwood battled back to more than 100,000 in chips before Phua knocked him out in ninth place. Tang then busted in eighth, running pocket sevens into Christoph Vogelsang’s pocket kings.

There was a lot of jockeying for position during seven-handed play, including Addamo doubling through Imsirovic and Schindler making a straight against Phua to move into the chip lead. Vogelsang took some chips from Schindler right before play closed out for the day, but Schindler was able to maintain the chip lead entering Day 3.

Day 2 has concluded with seven players remaining. The final day will start on Friday, April 15, at 1 p.m. local time (6 a.m. ET). The top five finishers will reach paid places, with the winner taking home a whopping $3,200,000.

You can watch the action thanks to a cards-up live stream on the PokerGO YouTube channel (from 7 a.m. ET).

Below is the final table lineup: 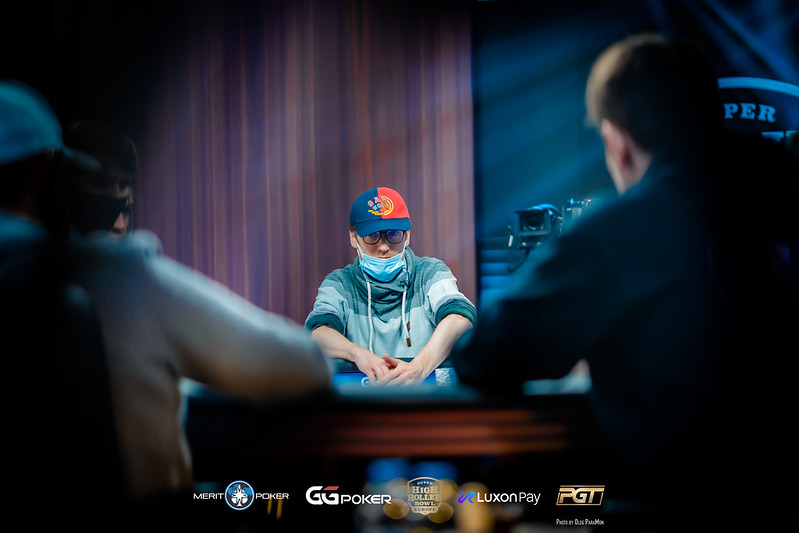 Jake Schindler raised to 40,000 under the gun and only Christoph Vogelsang called, from the big blind.

landed on the river and Vogelsang checked again. Schindler checked back and saw Vogelsang turn up the

, which was superior to his

Jake Schindler made it 45,000 from the hijack and Paul Phua called from the big blind.

and they continued to the

and Phua checked one more time. Schindler sized his third shell at 300,000 and Phua matched the wager.

Schindler rivered a backdoor straight with the

Jake Schindler opened the cutoff to 45,000 and Ali Imsirovic defended his big blind with a call.

flop and Imsirovic checked again on the

and both players checked. Imsirovic had the

but Schindler claimed the pot with the

Teun Mulder raised to 40,000 from the cutoff and Ali Imsirovic and Paul Phua called from the blinds.

flop landed on the table and Mulder bet 35,000 in position. Both Imsirovic and Phua called.

turn was checked to Mulder again, and he bet 125,000. Imsirovic folded pocket sevens, but Phua called.

completed the board and Phua checked. Mulder bet 210,000 and Phua tanked for two minutes before he called with the

. Mulder, however, had the

and took it down.

Timothy Adams raised to 45,000 under the gun and Teun Mulder called from the big blind.

Mulder checked on the

turn and Adams burned a time extension before he made it 200,000. Mulder called again.

hit the river and Mulder checked to Adams again. Adams checked back and Mulder turned up the

. Adams, however, bested him with the 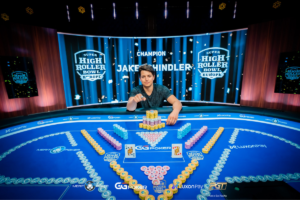 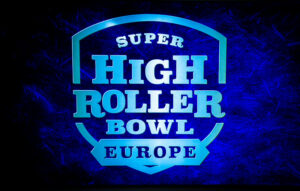 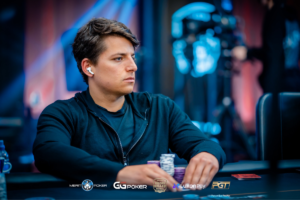 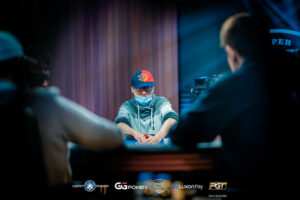 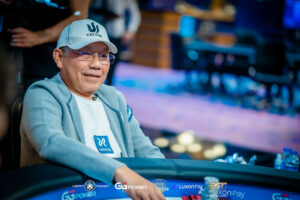 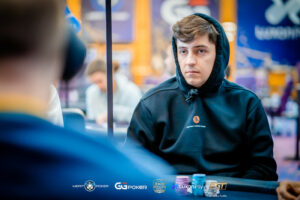 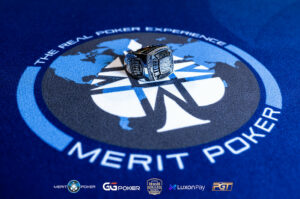 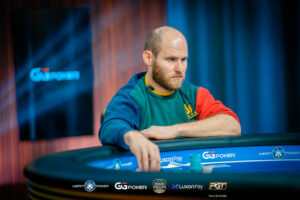 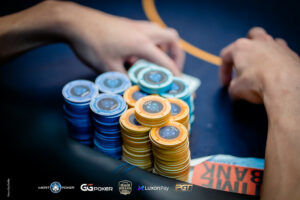 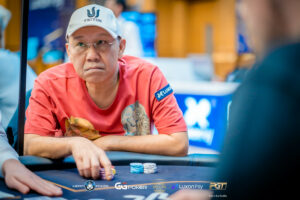 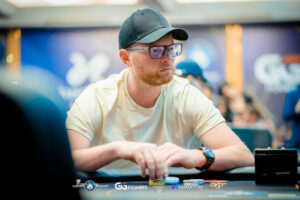 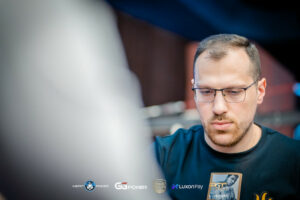 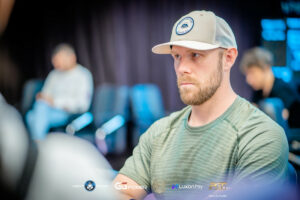 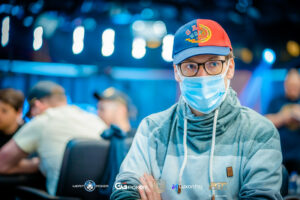