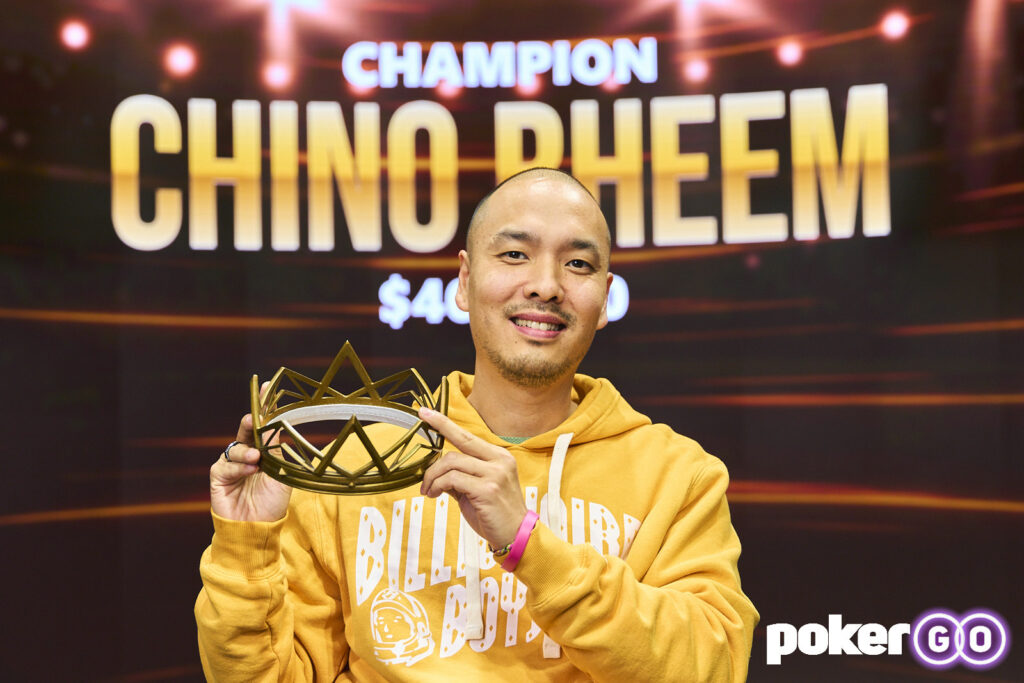 Chino Rheem wins the first-ever PGT Heads-Up Showdown, taking home a first-place prize of $400,000 after he defeated Darren Elias in the final duel on Saturday at the PokerGO Studio in Las Vegas. Rheem bested a field of 32 players in the $25,000 buy-in heads-up bracket-style tournament to get the win.

On his way to facing Elias in the final, Rheem defeated Nick Schulman in the first round, Jeremy Ausmus in the second round, Bill Klein in the quarterfinals, and Isaac Kempton in the semifinals. Elias had gone through Landon Tice, Erik Seidel, Daniel Negreanu, and Justin Young. That left Rheem, a three-time World Poker Tour champion, up against Elias, a four-time WPT champion, for the championship title in the first-ever PGT Heads-Up Showdown. Each player was guaranteed $200,000 and playing for an additional $200,000 in prize money. The final match took about an hour and 40 minutes before Rheem finally took the crown.

Rheem had clipped Elias down to just a few big blinds. In a hand that saw the money go in on a seven-five-four flop that included two diamonds, Rheem had ten-four of diamonds against Elias’ top pair with eight-seven. A ten on the turn and a jack on the river gave Rheem a commanding chip lead, his 474,000 to Elias’ 26,000.

Elias fought his way off the mat with one double-up, but Elias was still short and ended up getting the last of his money in with queen-five against Rheem’s ace-eight. A jack-ten-seven-two-nine board was run out by the dealer and the first-ever PGT Heads-Up Showdown had its winner, Chino Rheem.

“I’m feeling good,” Rheem said after. “It’s a really good feeling. Honestly, it’s just a privilege and an honor to play in these events, especially given where I was at less than a year ago. I’m really grateful. It just feels good to be able to come and play and actually win.”

Following the win, Rheem mentioned that he’s now playing poker sober for the first time in his career. Rheem exhibited a similar openness at the recent U.S. Poker Open when he had some big results with a $271,350 win and a $210,000 second-place finish. During that series, Rheem was open with other players about the journey to sobriety he’s been on for the past several months, and he opened up about things once again after this victory.

“It’s no secret in the poker world that I’ve had my ups and downs,” Rheem said. “At one point in my life, I was in a really dark place. I’m just really, really grateful to have been shown the light and find god and the people that he’s put in my life to help me sustain a much more healthy, sober life. I owe it all to that, really.”

“I have my support group that helped me with that,” Rheem said of the changes he’s made in his life. “My sponsor and the people that I’m surrounded by right now – Dave and Tina Powers, John Hennigan – these people, they’ve been a tremendous help in my life. They have my best interest at heart. They give me genuine life advice, and they help keep me on the straight and narrow, on the right track.”

For many on the road to recovery, a regimented lifestyle is something often pointed to as an important tool to turn things around. Rheem has his, and part of that involves daily trips to the gym for some physical fitness.

“My sponsor helped me with my regimen,” Rheem said. “I never went to the gym, but [my sponsor] helped me get into a good routine. I’ll be honest, I didn’t follow all of the suggestions they gave me and I had a little setback in between, I’ll be perfectly honest, but we’re back on the right track. God willing, thank god, if I can just stay there.”

The win marked the 14th live tournament victory of Rheem’s career and pushed his career live tournament earnings to more than $12,000,000, according to HendonMob.com. Rheem also has 12 second-place finishes in live poker tournaments on his résumé, including once in a heads-up tournament.

“The cool thing about this, is when you come in on Day 1 you just have to win your first match,” Rheem said. “Then Day 2, it’s a little more pressure and you have to win two matches and get over that hump just to make the money. Honestly, once I made the money, once I won the first three matches, I was like, ‘whatever happens from here it’s all good.’ Like I said in the interviews with Jeff [Platt], things just went my way, and I’ll take it, obviously. I can’t complain at all.”

When Rheem won his third World Poker Tour title back in 2016, he mentioned wanting to be accepted as a good player among his peers. With everything Rheem has achieved in his career, a career that now includes this PGT Heads-Up Showdown title, Rheem’s ability on the felt, especially in big buy-in tournaments, speaks for itself. Now, when asked about his legacy, he took an introspective approach.

“I was still an addict back then, I really was,” Rheem said. “Now, of course, I still want the respect and admiration from my peers, but now it’s more about me and my own personal mindset. That’s what’s most important to me – my mindset, my spirituality, my faith. Don’t get me wrong, I’ve still got a lot to learn. I still have my own little issues with stupid stuff, just life stuff. As I said, I’m really grateful to have these people to help keep me in check, help humble me when my ego gets the best of me and lets me get arrogant, and stuff like that. Now, what means the most to me is just being at peace. That’s important to me.”

As for what’s next for Rheem, he’s off to catch a flight to go and see his girlfriend, then he’ll be attending his cousin’s nursing school graduation and seeing his mom for Mother’s Day. When that “time off” is all said and done, it’ll be just about time for the 53rd World Series of Poker to start up, and Rheem expects to be out in full force at the WSOP. Playing sober for the first time in his career and the wind at his back, don’t be surprised to see Rheem ride the momentum he’s found in 2022 to his first piece of WSOP hardware this summer. 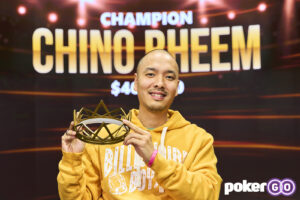 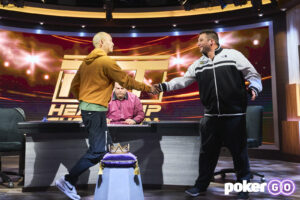 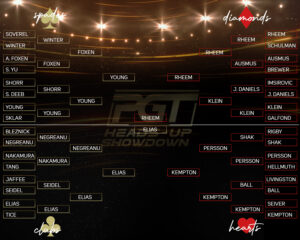 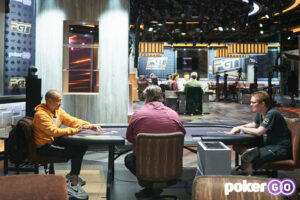 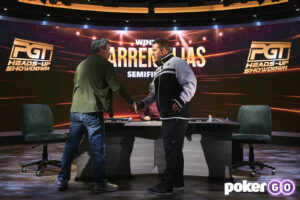 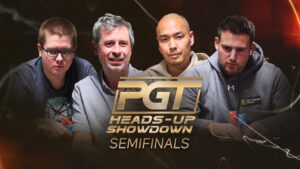 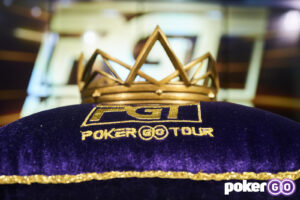 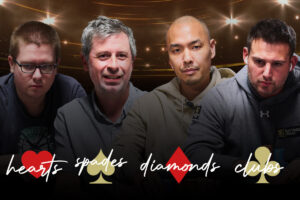 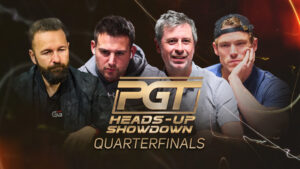 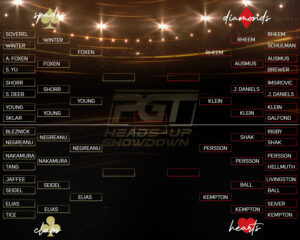 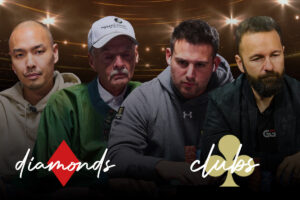 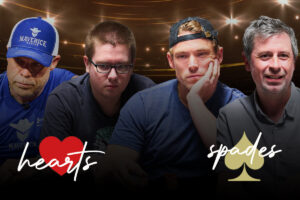 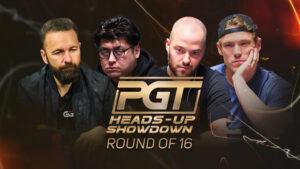 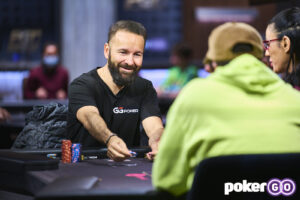 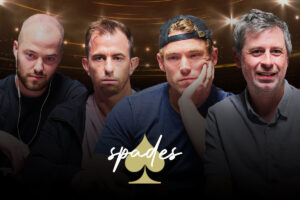 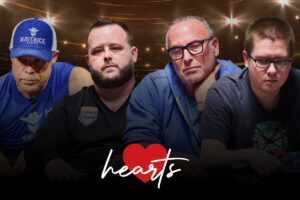 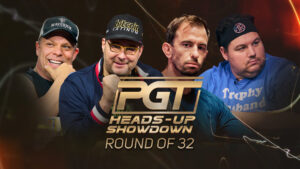 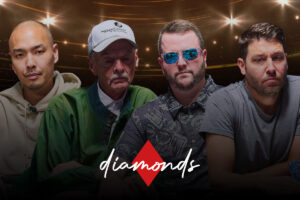 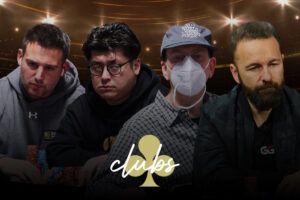 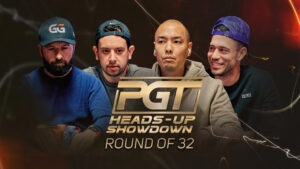 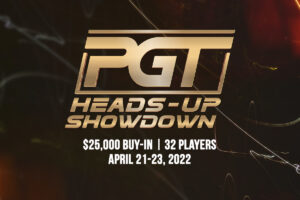