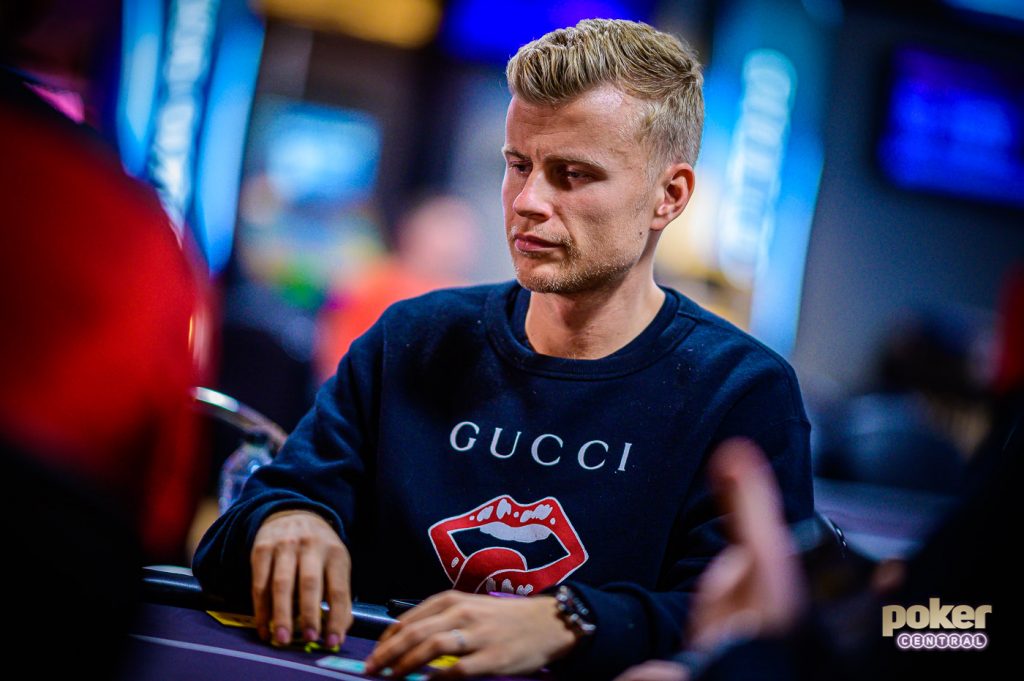 The Poker Masters Online PLO Series on partypoker saw its third event wrap up last night when it was Jens Kyllonen who mounted an improbable comeback versus Jonathan Depa. Depa lead for most of the tournament but after a two-hour heads-up battle, he waved the white flag to his Finnish opponent. Marcello Margiliano remains the overall standings leader with 280 points out of two cashes ahead of Depa. The series champion will receive the Poker Masters Purple Jacket and a $50,000 entry into the series-ending Main Event.

The action at the final table of Event #6 started with the elimination of Veselin Karakitukov who ran top pair into the better top pair of Andriy Lyuobvetskiy to send him to the rail in sixth place. Eelis Parssinen from Finland was next to go when he shoved it all into the middle with pocket aces only to get sent packing by Jonathan Depa’s jack-ten-seven-six with three spades. Parssinen was short-stacked and Depa ended up flopping a straight to send him to the rail.

The Jonathan Depa show continues four-handed as he held an enormous chip lead, sitting on more chips than the other three players combined at this stage. High Stakes Pot Limit Omaha legend Sami Kelopuro was next to go as king-king-ten-nine wasn’t kind to him. Depa called Kelopuro’s three-bet and on a three-four-queen flop with two spades the remaining money went in. Depa tabled straight and flush draws, hit his flush draw, and sent Kelopuro to the rail.

Three-handed, Depa had 6.7 million chips versus Kyllonen’s 1 million and Lyubovetskiy’s 291,000. Kyllonen ultimately sent Lyubovetskiy to the rail when his queens held up versus jacks to start an epic two-hour heads-up battle. After a tough back-and-forth it was Kyllonen who came out on top as he flopped Depa nearly dead when Kyllonen’s king-queen-queen-six ended up all in against ace-ten-seven-six of Depa. The flop brought three eights, giving Kyllonen a full house and a hammerlock on the hand.

The final table of Event #5 is now underway and you can watch the live-action in the player below as Andrew Pantling leads the final five players with a whopping $440,000 up top in this $25,000 buy-in Pot Limit Omaha high roller. Jake Schindler, Aku Joentausta, Eelis Parssinen, Gavin Cochrane are also in contention as Jeff Platt and Joey Ingram provide live commentary.