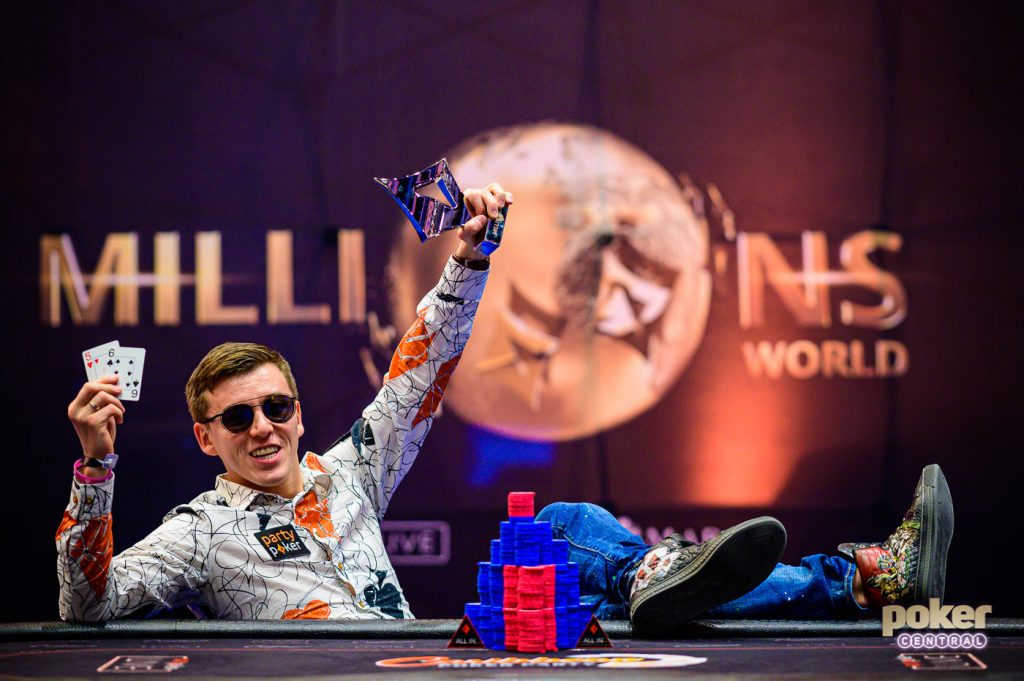 The final day of the $10K MILLIONS High Roller was a roller coaster ride for Anatoly Filatov. The partypoker pro opened Day 3 as one of the top stacks, but as the final table approached he found himself near the bottom half of the leaderboard.

Filatov then entered the final table as the shortest of nine stacks before chipping up early and never looking back. The Russian won pots in every way possible – bluffing the big stack, bluffing fellow partypoker pro Joni Joukimainen, calling bluffs – and Filatov scored knockout, after knockout to open the Caribbean Poker Party with a $280,000 win.

That CPP victory comes after a career-best score in the World Series of Poker Europe €100,000 Diamond High Roller – as well as two MILLIONS High Roller podium finishes over the last nine months. Filatov finished 2nd in Brazil this past March and then 3rd in Montreal in May.

Just three days into another massive partypoker LIVE MILLIONS series, Filatov proved that the third time might be the charm. He added a MILLIONS High Roller title to his growing partypoker trophy case and with bigger events on the horizon, Filatov could be hard to stop after his Bahamas breakthrough. 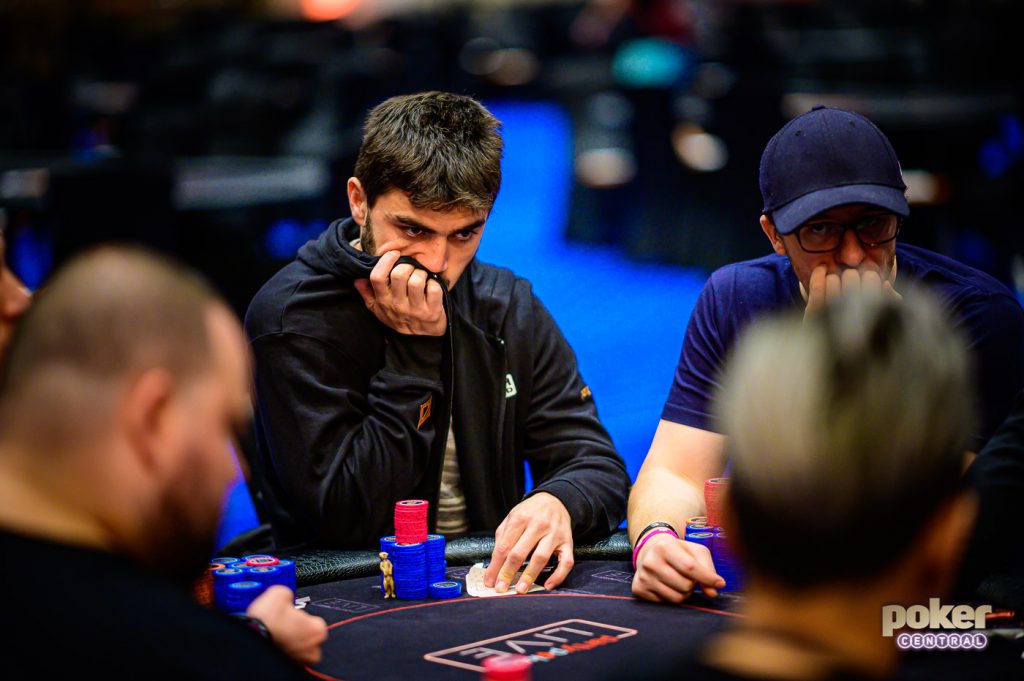 Gonzalez then check-called a pot-sized bet to see the

fall on the turn and Gonzalez checked again.

– for the nut straight.

and stood from his chair when he saw the cooler.

completed the board and confirmed the victory for Anatoly Filatov. 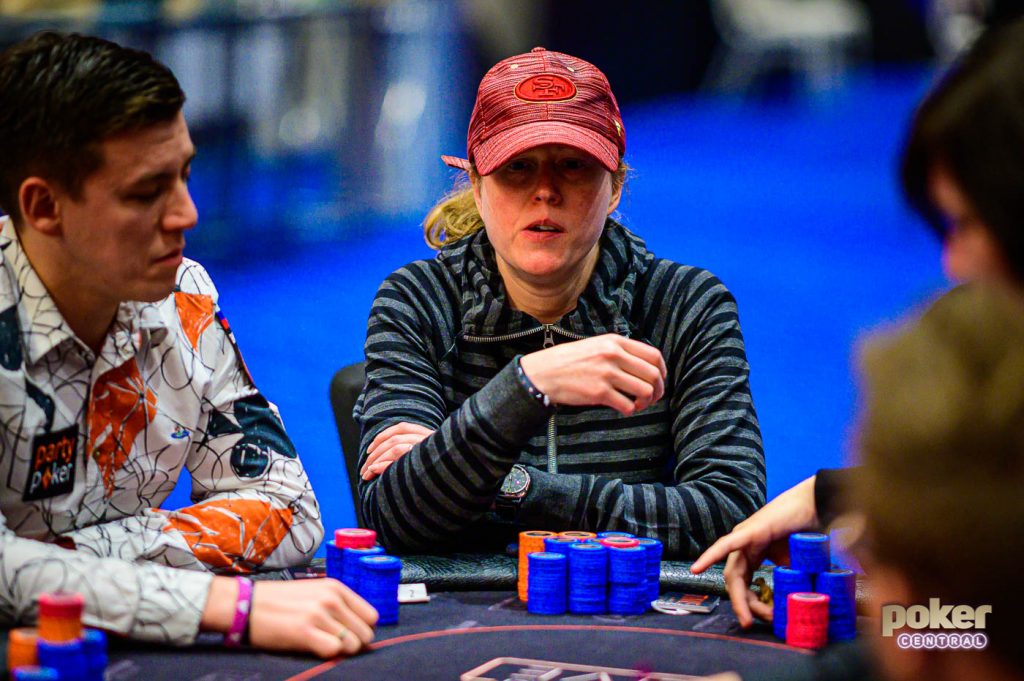 Gonzalez then used an extension – with just shy of Holst’s stack behind – and after he folded Filatov called.

He did – as the board ran out

and Filatov scored another final table knockout to extend his chip lead.

Holst earns $126,000 and we’re now heads up for the MILLIONS High Roller title. 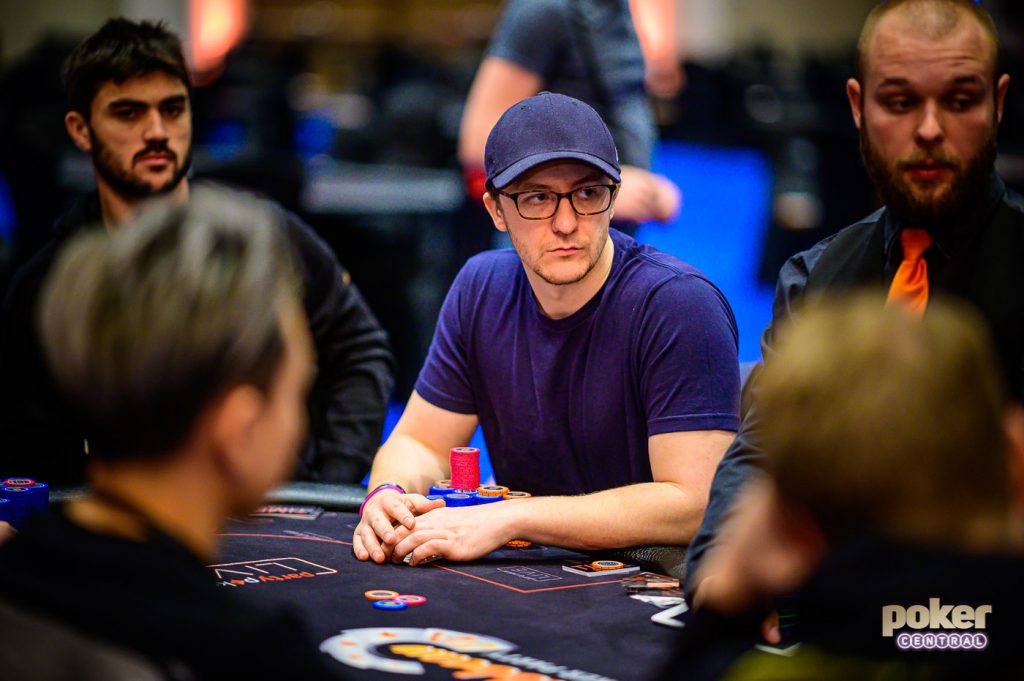 In one of the first hands after the dinner break, Kahle Burns moved all-in from the button for 10,900,000.

Anatoly Filatov folded his small blind and Kristina Holst used an extension before she called – for a majority of her stack – in the big.

and he was up against

came on the turn.

then completed the board and Burns was rivered to the rail. 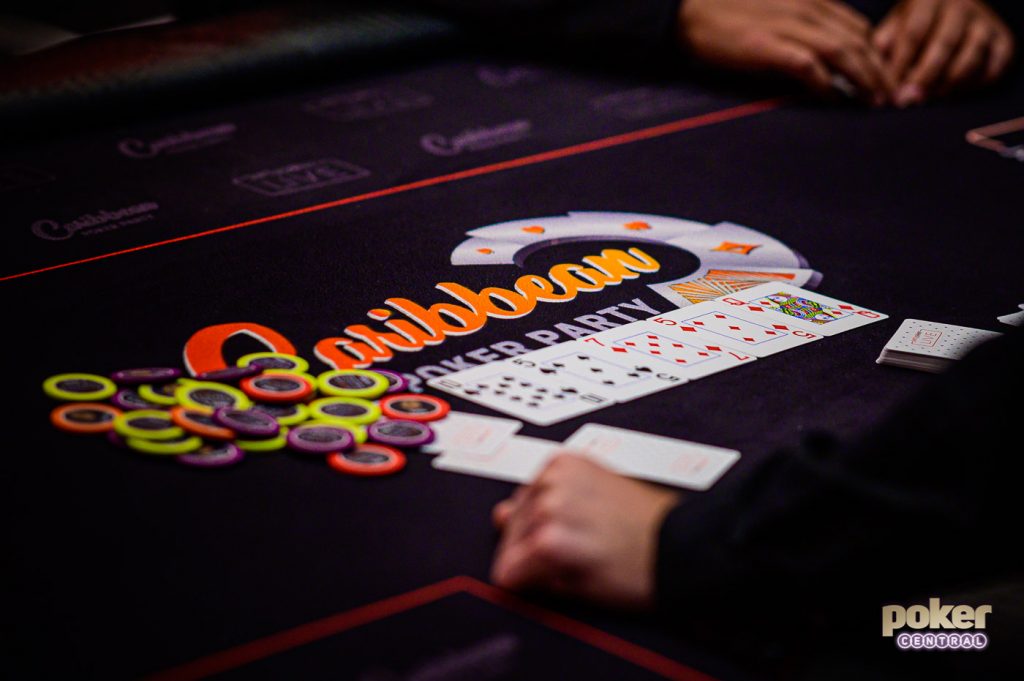 The remaining four players are now on a 60-minute dinner break.

Anatoly Filatov still holds a sizable chip lead and he’s increased his advantage since our last update. The partypoker pro now sits with just shy of 63,000,000 – which is more than 50% of the total chips in play. 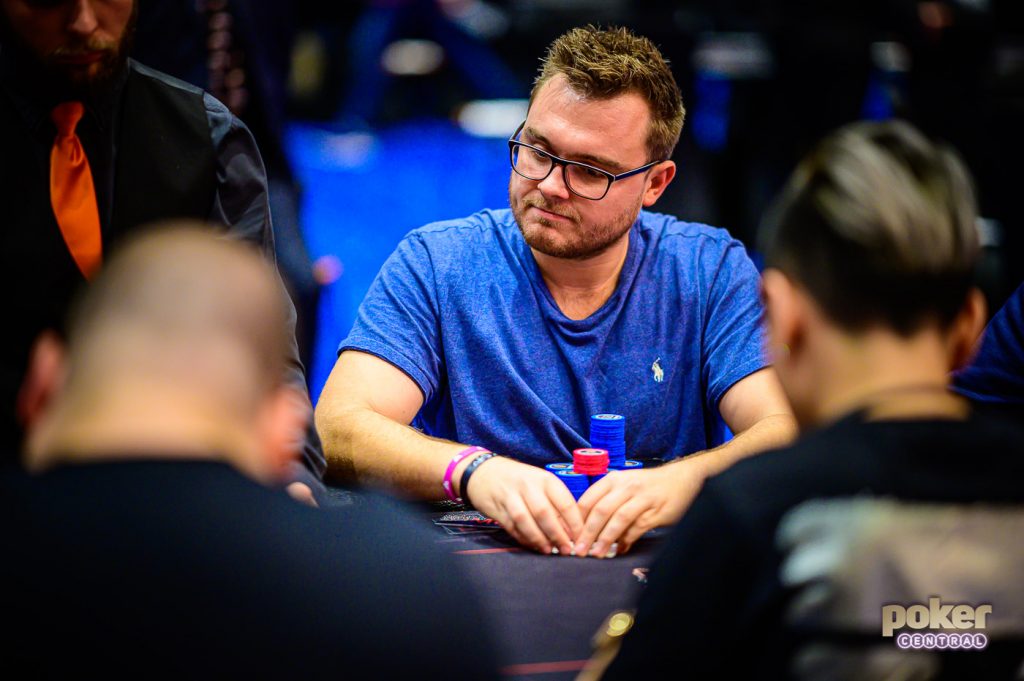 That flip went Gonzalez’s way after the

flop and he held after the

Margereson earns $75,000 and the remaining four players are just under 15 minutes from their dinner break.

Since the MILLIONS High Roller final table started, Anatoly Filatov has done nothing but chip up.

There are just over 20 minutes remaining in Level 22. 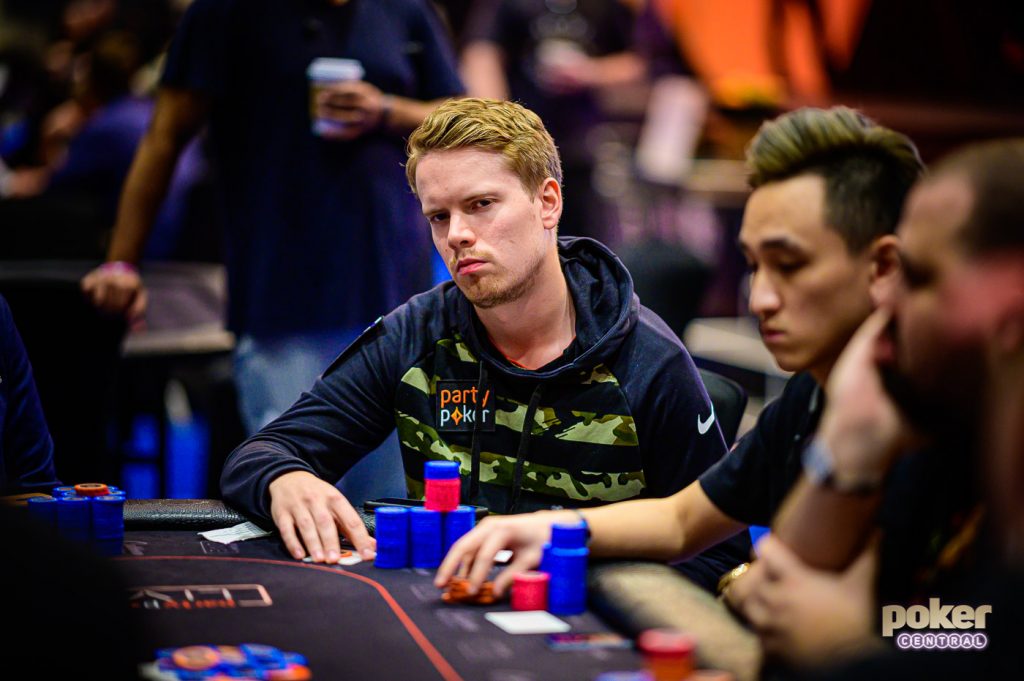 Joni Jouhkimainen raised to 3,000,000 off of just shy of ten bigs and Kahle Burns re-shoved from the big blind.

The short stacked partypoker pro called for his remaining stack and needed to hit to stay alive.

flop, he couldn’t connect on the end.

completed the board and the Fin’s elimination in 6th place. He’ll earn $60,000 and the remaining five players are now 30 minutes from their dinner break. 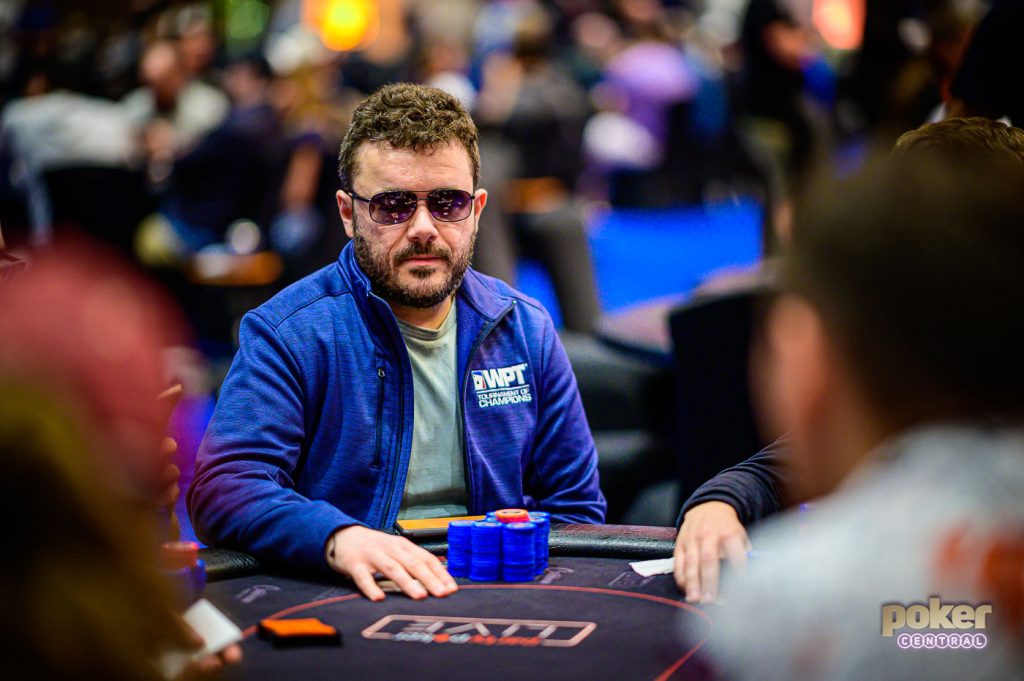 Kristina Holst shoved from middle position and Anthony Zinno called with a slightly shorter stack in the big blind.

and Holst turned a straight to secure the knockout.

Zinno earns $50,000 and Holst is now near the chip average with six players left. 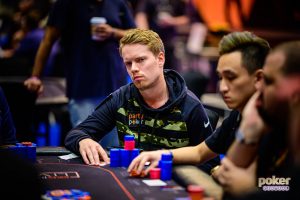 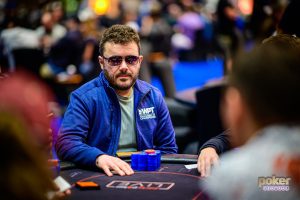 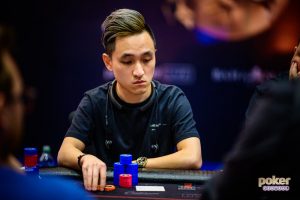 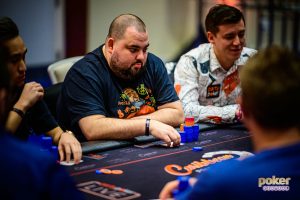 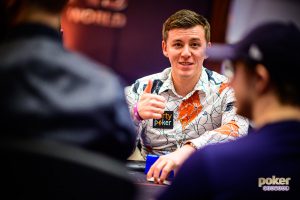