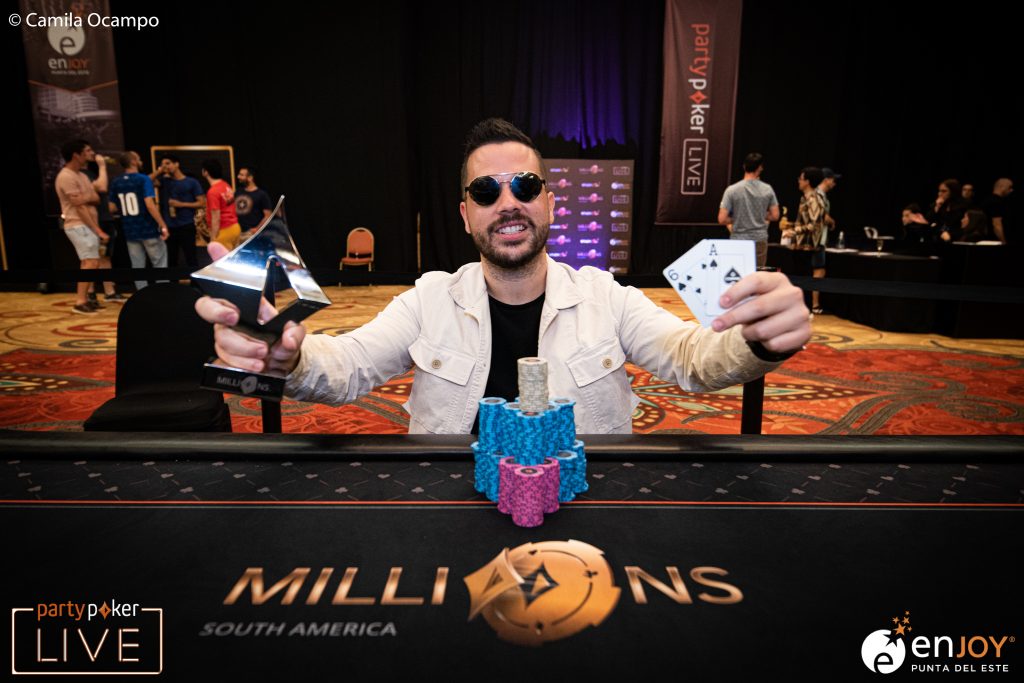 Colombia’s all-time winningest player Farid Jattin already had a massive lead over the number two, and he has widened the gap even more in Punta del Este by winning the partypoker MILLIONS South America $10,300 High Roller Finale. Jattin beat a field of 84 entries to take home the $200,000-first-place prize.

With 33 players from a field of 61 entries having survived Day 1 of the partypoker MILLIONS South America $10,300 buy-in High Roller Finale, it was clear it was going to be a long day. When registration closed at the start of the third level of the day, another 23 entries had been made into the event, bringing the total to 84.

The road to the money was a fast-paced affair with the money bubble reached right when the Main Event in the same room reached its conclusion. With 12 players getting a share of the prize pool, it was unlucky Damian Salas going out in thirteenth. He got it in with king-ten versus the kings of Michael Del Vecchio. He flopped a flush draw but never got there and exited as the last player not to take home a cheque.

In the money, bust-outs were rapid with Mario Bonanata, Oliver Price, and Julio Alfonsin eliminated before the unofficial final table of nine was formed. WSOP and EPT champion Kevin MacPhee exited in ninth, losing ace-eight to tens to go out as the official final table bubble for $35,000.

Luis Gustavo was the first to go from the official final table, losing ace-five to king-ten.

WSOP Main Event winner Jack Sinclair just about followed the Brazilian out the door hitting the rail minutes later in seventh place. Sinclair had a real hand with ace-king, but so did Rodrigo Seiji, who had shoved with pocket jacks. A board full of blanks later saw Sinclair go to the payout desk to collect $45,000.

Michael Del Vecchio, who had doubled on the bubble but had gotten short since, lost his last chips to Marvin Rettenmaier. Del Vecchio’s king-nine improved against Rettenmaier’s ace-ten hitting a king, but the latter rivered trips to bust his tablemate.

While Marvin Rettenmaier was responsible for Del Vecchio’s bust, he himself was the next to go. The German longtime poker pro got it in with a dominating ace-king against king-seven but saw Rodrigo Seiji hit a seven on the flop.

Roberto José Sagra then lost with ace-eight against Seiji’s aces to make it three-handed, and Hilario Quijada lost with deuces to Farid Jattin’s aces to form the heads-up.

Rodrigo Seiji and Farid Jattin started the mano-a-mano fight about even in chips, and it didn’t take long before a winner was crowned. Seiji lost a big clash with king-deuce against ace-six but doubled up a couple of times to get back in it. Ultimately, though, a showdown between queen-deuce and ace-six ended up with Jattin’s superior starting hand to hold.

We congratulate Farid Jattin with winning the partypoker MILLIONS South America $10,300 High Roller Finale. A month after winning two events at the Aussie Millions, the Colombian shows his prowess again, taking down the closing event of the biggest festival ever held in Uruguay. 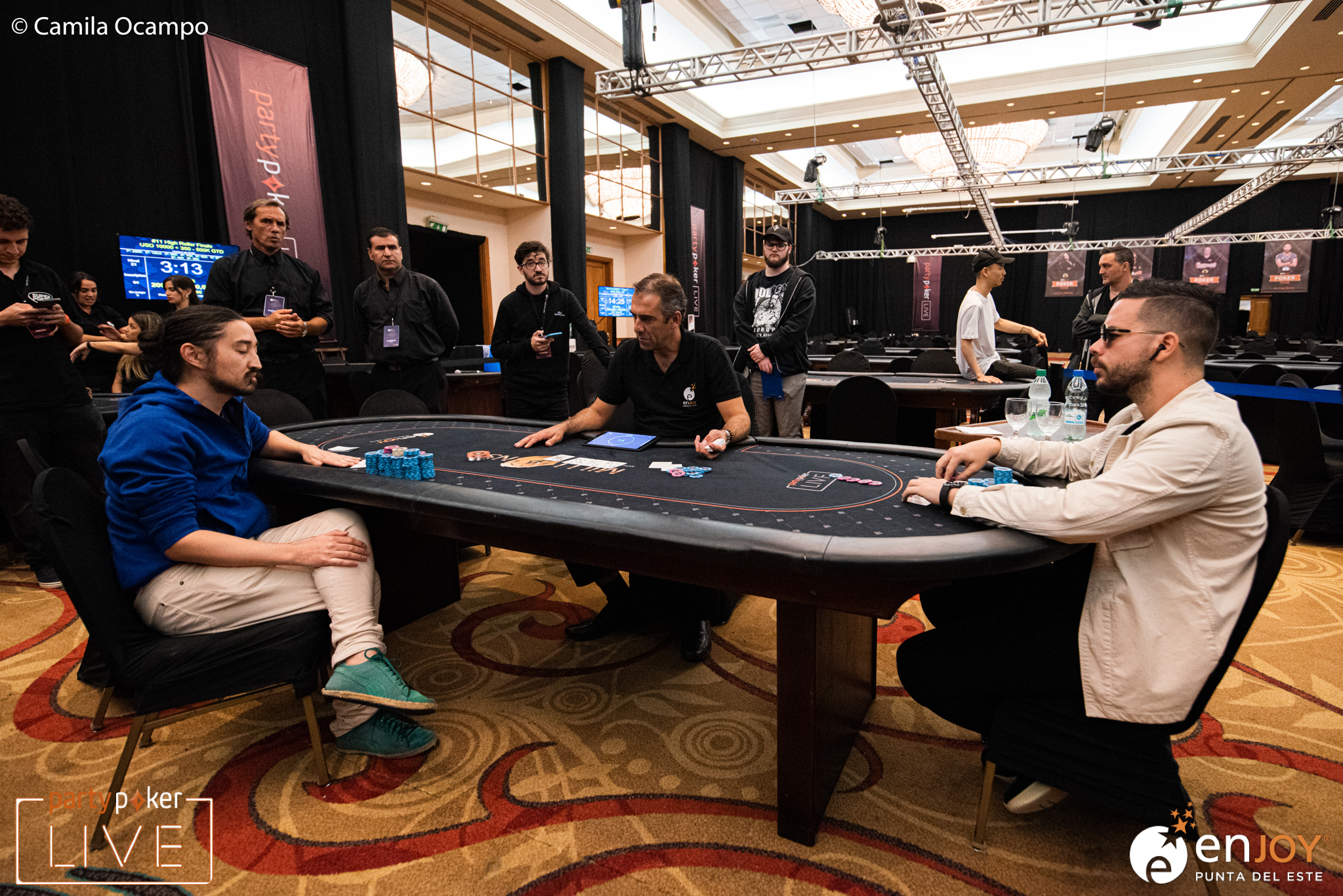 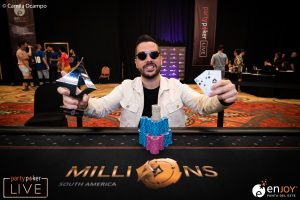