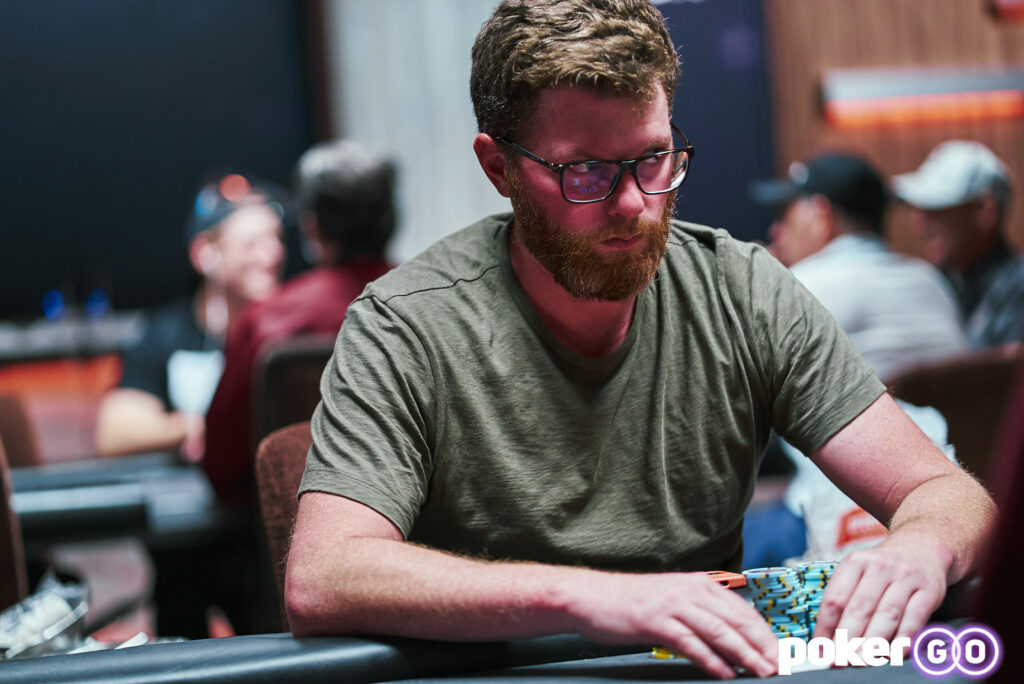 Nick Petrangelo got hot at the right time and survived a wild 45-minute stretch to claim the $151,200 first-place prize and the title in the Bellagio High Roller Event #11: $10,000 No-Limit Hold’em.

The madness began after Anthony Marquez was eliminated to burst the money bubble. Sung Joo Hyun found himself all-in with ace-jack against David Mock’s ace-queen. Hyun could not find a jack and was eliminated in sixth place for $25,200.

Fifteen minutes later, the hand of the tournament began. Sergio Fernandez moved all-in on the button for approximately 400,000. Petrangelo was next to act in the small blind and re-shoved for over a million in chips. Johan Guilbert was in the big blind and didn’t take much time before calling all-in for 850,000 total.

Fernandez held pocket fours, Petrangelo held ace-king, and Guilbert held ace-queen. The board ran out ace-high, Petrangelo had the better kicker and sent both players out the door. Fernandez finished in fifth place for $33,600, while the 2021 WSOP-Europe Main Event runner-up Guilbert walked away in fourth place for $42,000.

Dominik Nitsche fell ten minutes later when his ace-king fell to the king-six of Mock. Both players rivered a straight, but Mock held the higher end to eliminate Nitsche in third place for $67,200.

Even with the knockout of Nitsche, Mock went into the heads-up portion of the match at a three-to-one chip disadvantage against Petrangelo. With the big chip lead, the heads-up match lasted all of another ten minutes as Petrangelo flopped a straight against the overpair of Mock. Mock had outs to a better straight but found no help on the turn or the river, and the tournament was over in the blink of an eye.

Monday will host Bellagio High Roller Event #12: $25,000 No-Limit Hold’Em, where cards will be in the air at 12 p.m. PT. The PokerGO News Live Reporting Team will be on-site providing exclusive live updates throughout that event and the entire high roller portion of the Five Diamond World Poker Classic schedule. 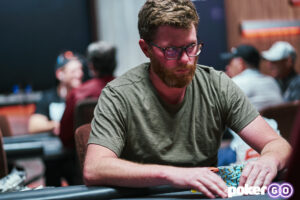