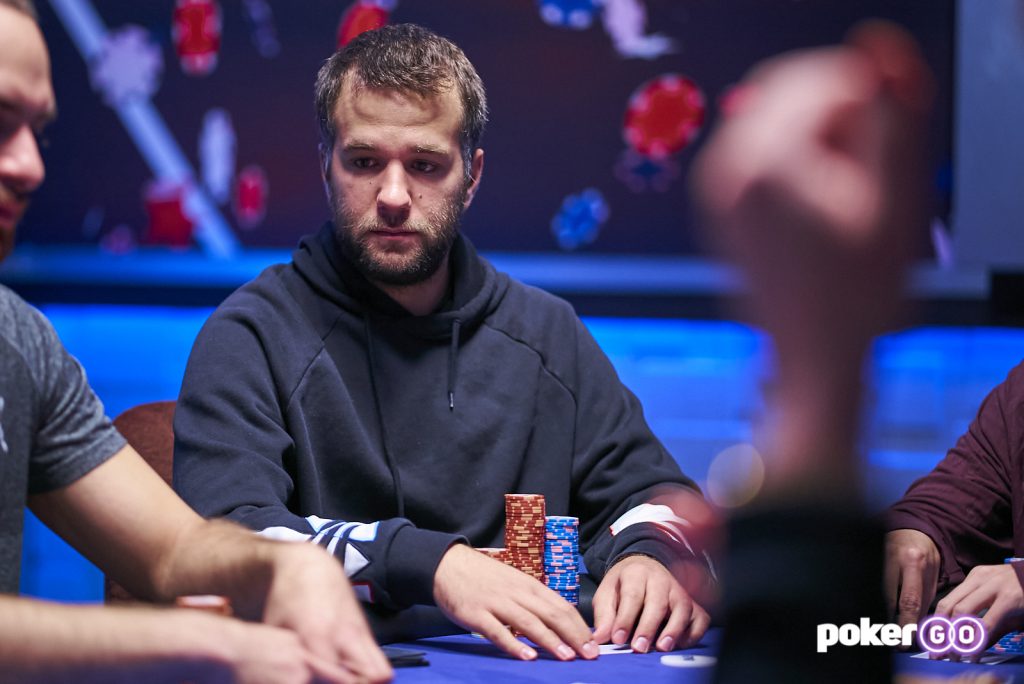 Croatian Ivan Zufic finished on top to win $198,000 after defeating Alex Foxen ($128,700) in heads-up play in the third event of the 2022 Aria High Roller Series. The tournament saw 33 entries create a prize pool of $495,000 in the PokerGO Studio at ARIA Resort & Casino in Las Vegas, Nevada, and five players made it into the money.

Sean Perry ($79,200), Daniel Negreanu ($54,450), and Johan Guilbert ($34,650) round out those who were able to grab a piece of the prize pool. Foxen, Perry, and Negreanu all cashed for the second consecutive day, after finishing in third, fourth, and fifth respectively in Event #2.

When nine players remained, those in contention converged on the final table, and Jeremy Ausmus was the first to make his exit. Negreanu then made a nut flush on the river against Foxen to take the chip lead, and eliminated Vikenty Shegal soon after.

Guilbert soon made his exit in fifth place after being eliminated by Zufic, and four-handed play then lasted around an hour and a half before Negreanu was ousted in fourth. His flopped pair of aces were ahead against Foxen’s pocket eights, but an eight on the turn dealt a devastating blow and his run came to an end.

The three remaining players swapped chips around with the rising blinds until Perry fell to Zufic in third place. Perry called off the rest of his stack on a completed board and had run into Zufic’s rivered trips, sending him home and leaving Zufic with more than three times as many chips as Foxen.

There was a short break before the start of the heads-up match, and on the second hand, Foxen’s chips went in with pocket sevens against Zufic’s pocket fives. A five hit the flop, and the board ran out blanks to knock out Foxen and leave Zufic with all of the chips and the $198,000 top prize.

According to Hendon Mob, Zufic earned his biggest live cash back in June 2021 with a runner-up finish in the $25,000 No-Limit Hold’em – U.S. Poker Open #11, and now claims his first victory inside the PokerGO Studio.

With the result, Perry reclaims the second spot on the 2022 PokerGO Tour Leaderboard with 859 points, Foxen moves up to sixth with 498 points, and Negreanu gets bumped up to eighth on the leaderboard with 360 points. 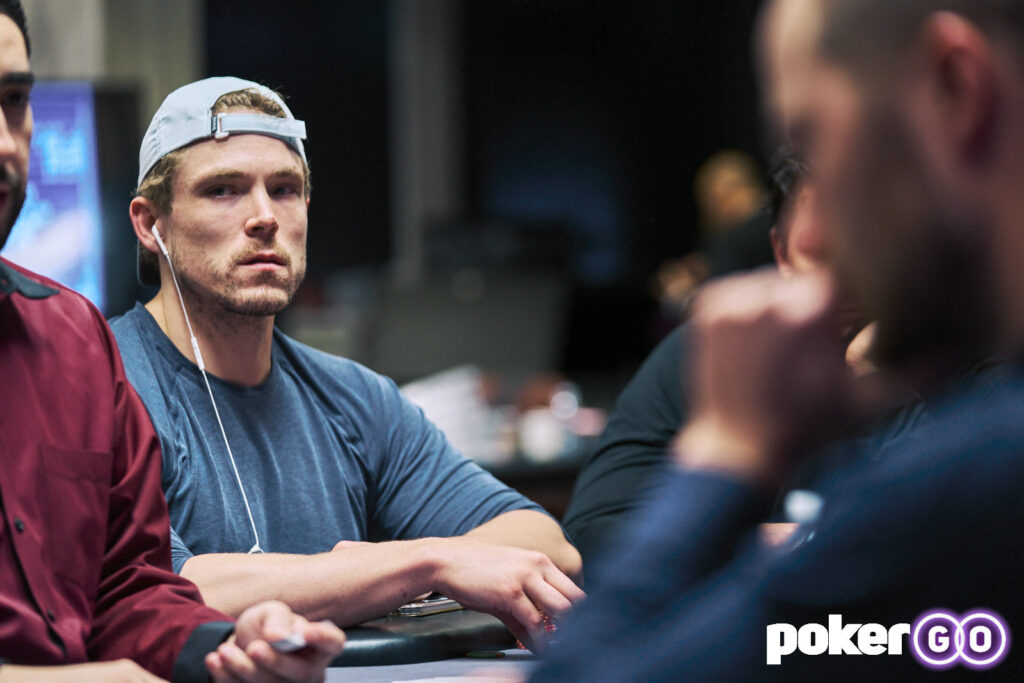 flop vaulted Zufic ahead, and although the

completed the board, eliminating Foxen in second place for $128,700. 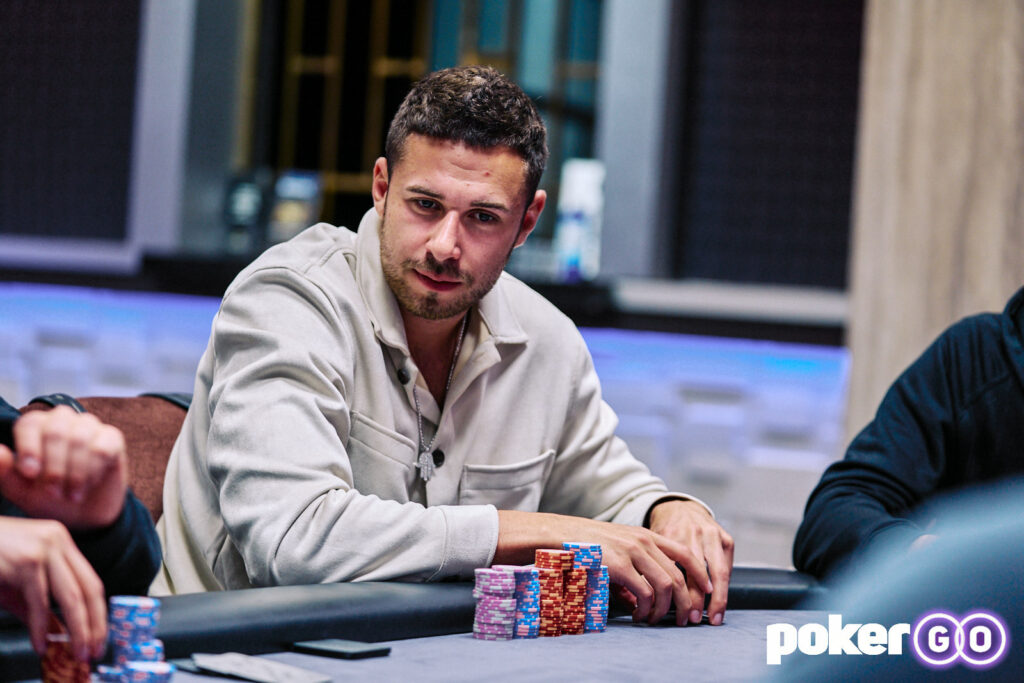 With roughly 500,000 in the middle on a completed board of

but it was no good against Zufic’s

Ivan Zufic opened to 100,000 on the button and Sean Perry defended the big blind.

board, Ivan Zufic checked the small blind and Alex Foxen bet 200,000 in the big blind. Zufic folded to concede the pot to Foxen without a showdown. 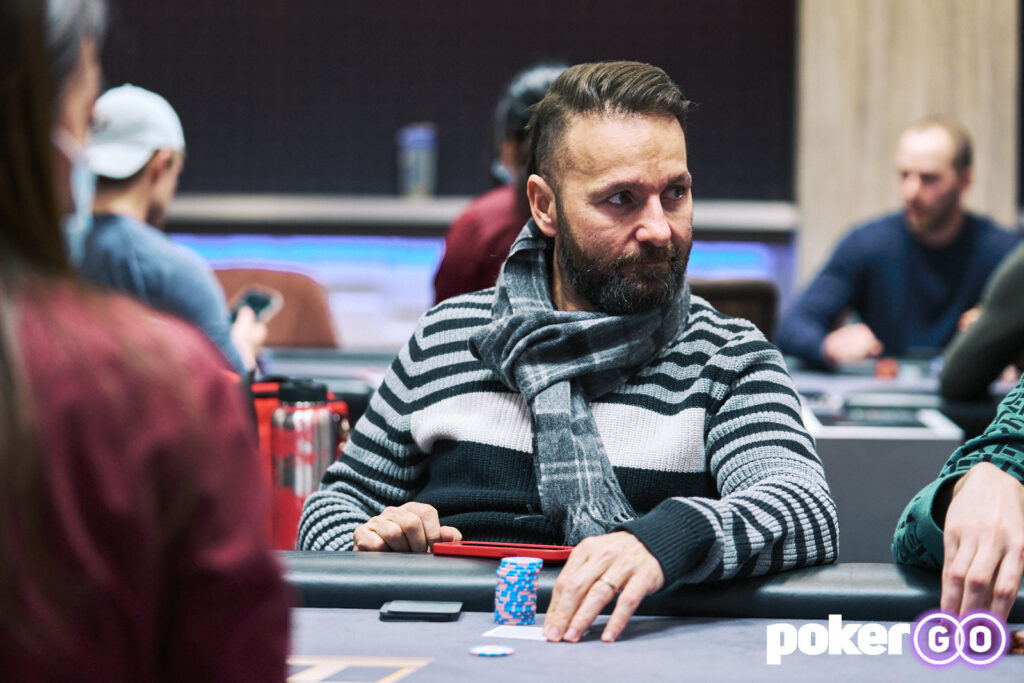 Alex Foxen opened to 275,000 in the cutoff and Daniel Negreanu called the big blind.

and Negreanu check-called for his remaining 135,000.

Negreanu just needed to fade two outs, but unfortunately for him, the

spiked the turn to give Foxen a set and the meaningless

completed the board, ending Negreanu’s run in fourth place for $54,450.

Alex Foxen shoved the small blind and Sean Perry called for his 615,000 chips in the big blind.

The dealer put out the board of

and Perry’s cowboys held for another double.

and Perry faded the turn sweat to find another double.

Alex Foxen ended up getting his 485,000 chips in preflop from the small blind and was at risk against Ivan Zufic in the cutoff. 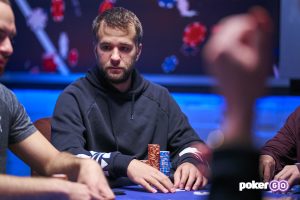 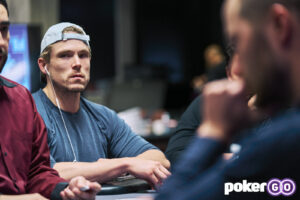 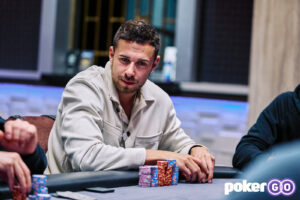 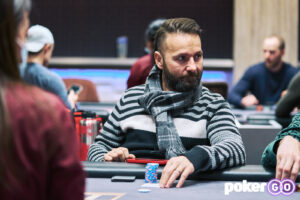 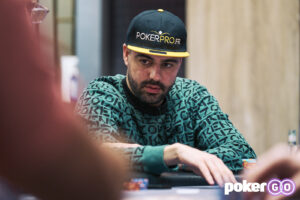 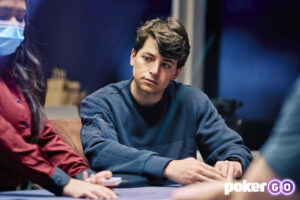 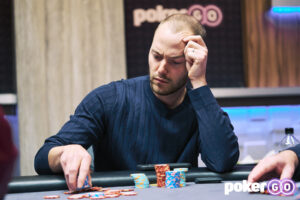 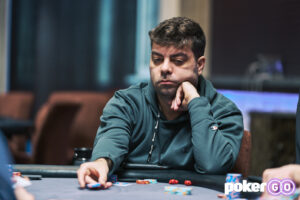 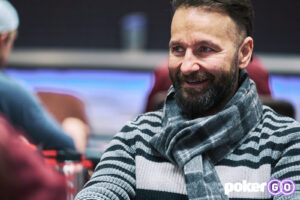 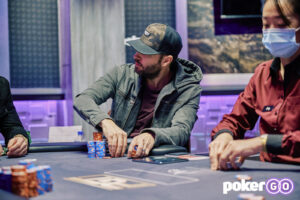 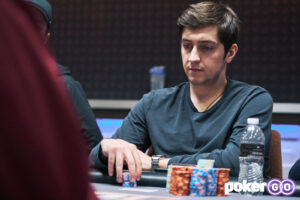 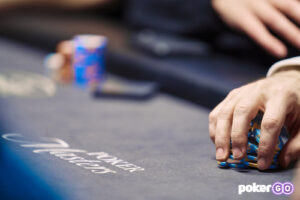 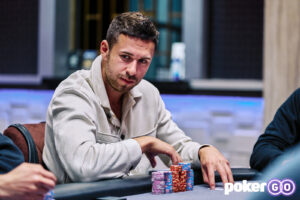 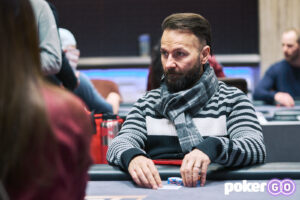 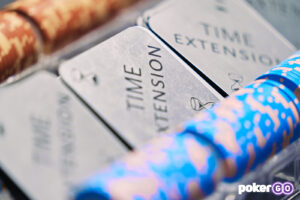