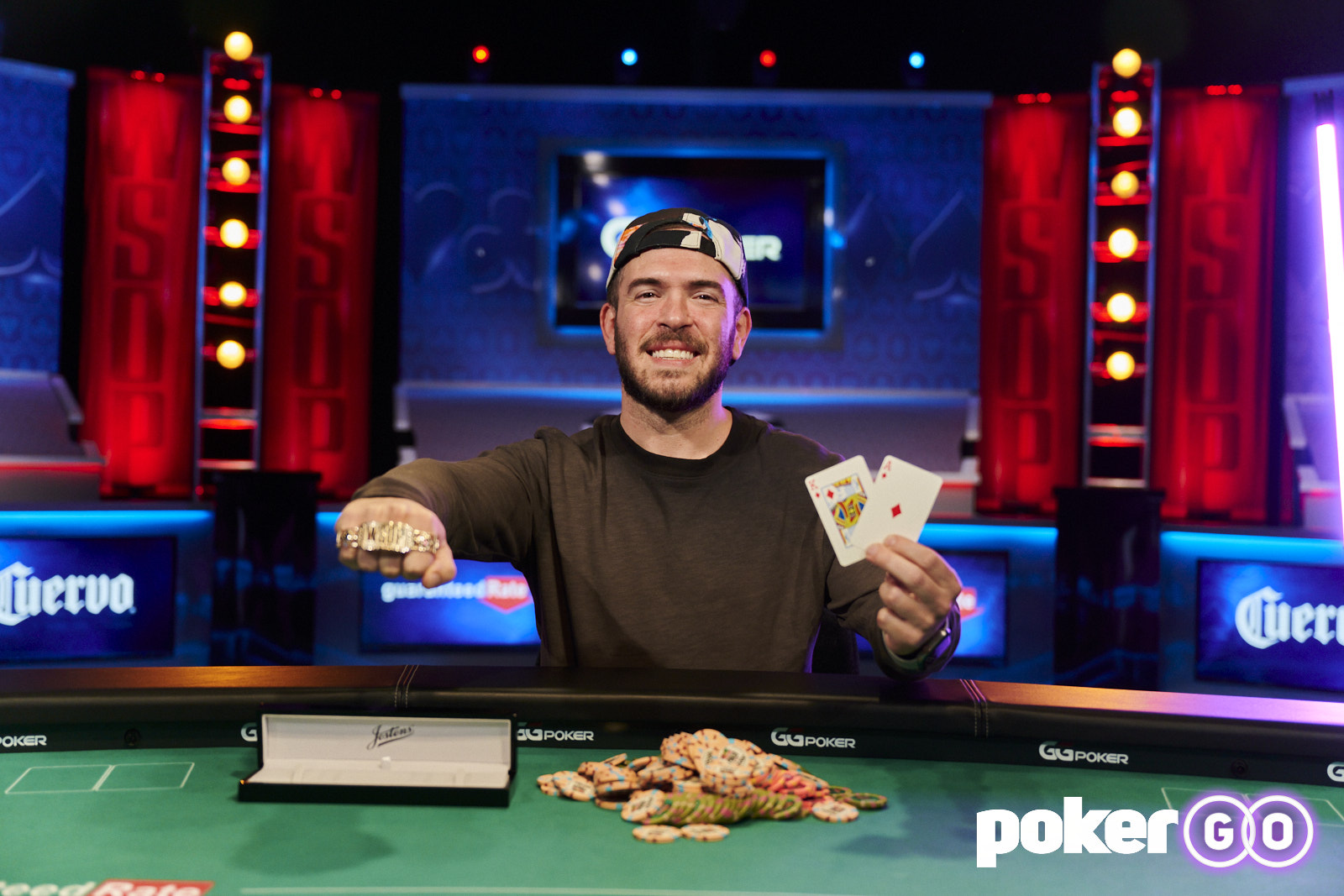 Easily considered as a WSOP veteran, it took Bronshtein over 12 years to break through to win his first WSOP bracelet when he won the $1,500 No-Limit 2-7 Single Draw at the 2019 WSOP for $96,278. At Bronshtein’s next final table – and 11th of his career – he won his second WSOP bracelet after topping the 422-entrant field in the first Limit Hold’em event of the series.

Bronshtein entered the unofficial final table in the middle of the pack, but ascended to contend for the chip lead early at the final table. As notables Zachary Gruneberg (6th), John Bunch (4th), and Tom McCormick (3rd) all found themselves on the rail, Bronshtein entered heads-up play with roughly a three-to-one disadvantage against Erickson.

Erickson and Bronshtein traded blows back-and-forth for nearly three hours, but it wouldn’t be until late in their match when Bronshtein surged into the lead. Bronshtein continued to apply pressure before the final hand saw him hold with ace-king against Erickson’s king-queen to be crowned the Event #11 champion.

“In this heads-up match, I was down to approximately 500,000 in chips like five different times of the nearly 11 million in play,” Bronshtein said regarding his match against Erickson. “Considering all those times I was down, I never give up, but what are the chances I’m actually going to win? The feeling to overcome all that, and to triumph like this is unbelievable. I can’t imagine anything better right now.”

“I nearly didn’t play this tournament,” Bronshtein said about nearly missing his chance at winning his second WSOP bracelet. “I don’t really enjoy limit Hold’em when I play mix. It’s kind of the game we don’t want to pick. I just played it by default. I’m super happy it worked out, and I’m just as happy as can be right now.”

One of the prolific mixed game players that has been a constant at the WSOP for many years, Bronshtein is always battling fellow world-class players in these small mixed game fields. With final tables and cashes in nearly every discipline, Bronshtein is not just well-rounded, but extremely accomplished when it comes to all the games.

“I feel like I have an edge in almost every game, against almost everybody,” Bronshtein said about playing against his peers. “There are a lot of players that are very good and world-class and we’re all a similar skillset and don’t really make a lot of mistakes. But I feel comfortable playing any game, with anybody. I’ve always been that way.”

“Professionally it was one of the most disappointing things for me in a tournament that I’ve ever felt,” Bronshtein said about being eliminated on the money bubble. “I was so devastated because I really wasn’t planning on playing any tournaments over $25,000. That was kinda like my Main Event. Of course, I’m going to play the actual Main Event, but going in, I was like the 25k H.O.R.S.E. might be my biggest tournament of the year, and to bubble it like that was devastating. I felt like crying. I didn’t quite cry, but it was really heartbreaking to bubble like that.”

“I’ve lost $200,000 of my money in one day before and I got over it the next day when I woke up,” Bronshtein continued about his $25,000 H.O.R.S.E. elimination. “This took me two whole days to recover from and feel ok about it. Safe to say now I’m more than fully recovered.

Bronshtein has now accumulated over $1.78 million in lifetime tournament earnings that now includes two WSOP bracelets. But what still motivates Bronshtein? Is it the money or the wins?

“Just winning. Definitely. That’s what the World Series of Poker is all about. It’s all about bracelets.”