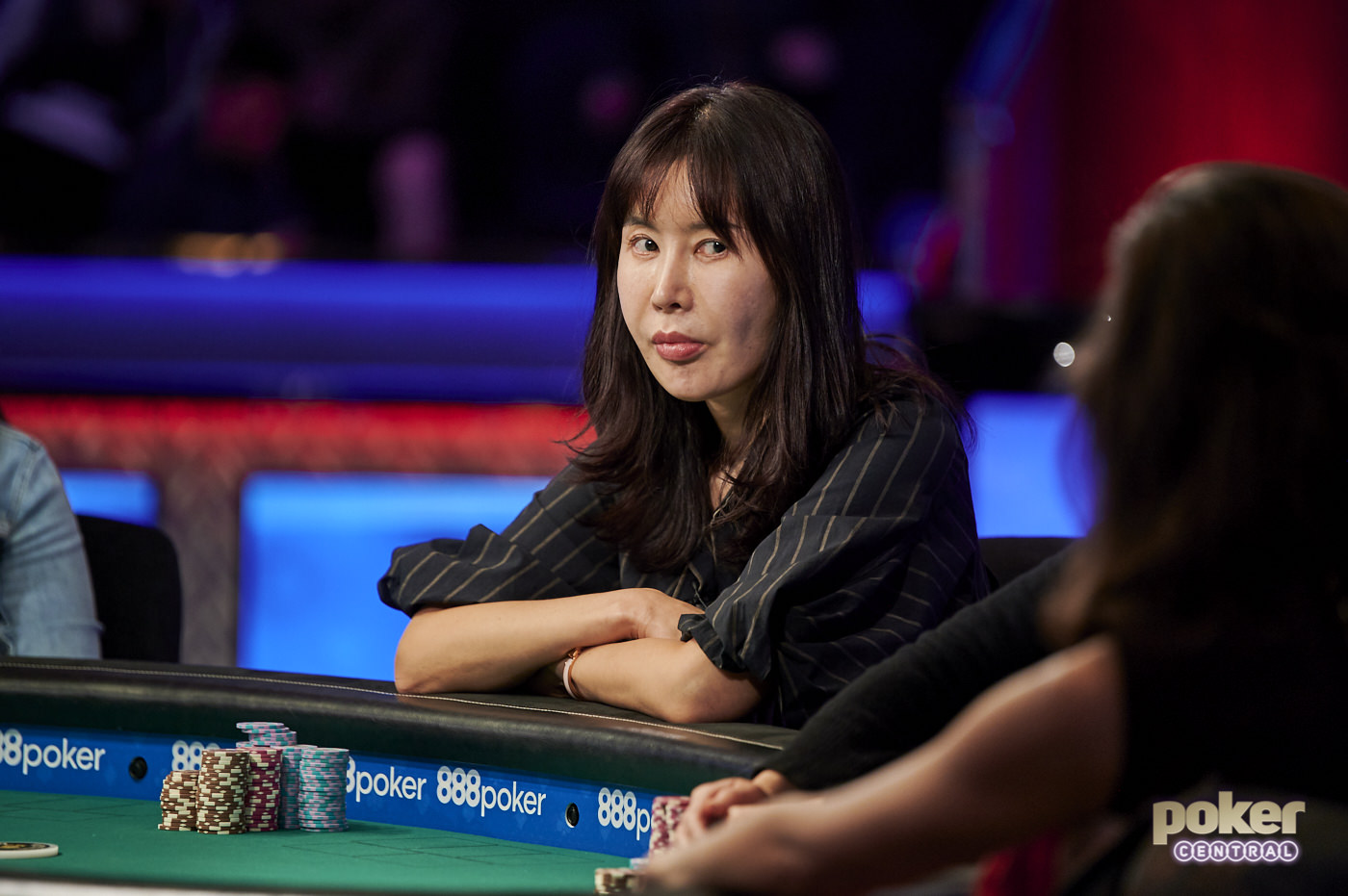 Three more WSOP winners were draped in gold on Sunday night as the $1,000 Ladies Event, $2,500 Mixed Omaha Hi-Lo 8 or Better, Seven Card Stud Hi-Lo 8 or Better event and latest Online event all met with completion. Let’s start with the ladies.

It was South Korea’s Jiyoung Kim who won her first-ever WSOP bracelet and $167,308 by defeating Nancy Matson heads-up to win the $1,000 Ladies No-Limit Hold’em Championship. With just under a thousand entrants, 968 ladies parlayed up the $1,000 to take part and it was Kim who run over most of the final table to book her first-ever WSOP title and dedicate the winnings to her family.

It was only Kim’s second cash, but she outlasted plenty of pros and took on all comers at a dramatic final table. While players such as Tu Dao, who dominated early in the event, would get close (Dao finished 4th for $52,007) and others closer still, such as Nancy Matson, the lady Kim beat heads-up for the title, Kim got the job done in some style. She won by far her biggest-ever tournament score and a historic WSOP bracelet in the process.

Want to watch a full replay of the final table action? You can do so right here.

After an extra hour-long level was added to the structure, Yuri Dzivielevski ended three days of swingy mixed game action as the only player with chips to book a win and the latest first-time WSOP bracelet holder to triumph in Las Vegas this World Series. .Taking down the $2,500 Mixed Omaha Hi-Lo 8 or Better, Seven Card Stud Hi-Lo 8 or Better event, Dzivielevski saw 400 players leave the room as he battled through three days of action.

After defeating Michale Thompson in the final hand, Johnson declaring his hand ‘dead’ on the turn, Dzivielevski would bank $213,750 and the all-important piece of poker jewelry, the historic 50th WSOP bracelet.

GOOCH GETS THE GOLD AS ONLINE EVENT ENDS IN SPECTACULAR STYLE

If you thought live poker was dramatic, then you weren’t watching the final stages of the $1,000 Double Stack event play out online. Jason Gooch, playing under his online pseudonym ‘TheBigGift’ had the only prize the 922 entries wanted as he bagged the WSOP bracelet and a massive $241,492.94 for 12 hours of poker work at the virtual felt.

Sending his hourly rate skyward, Gooch overcame Brian ‘Pure__reason’ Wood heads-up, with both men taking the chip lead then losing it again across an epic heads-up in online terms, lasting over an hour. Before that showdown, players such as Dario ‘Sirio87’ Sammartino (4th for  $75,094) and Gianluca ‘inmyhouse’ Speranza (7th for $29,885) had busted, along with the first casualty at the final table, Max ‘Max Sparrow’ Pescatori, who banked  $17,348 for his ninth-place finish.

With several WSOP cashes already to his name this Series, Gooch had already finished second in another online event, but finally got the win to take gold.