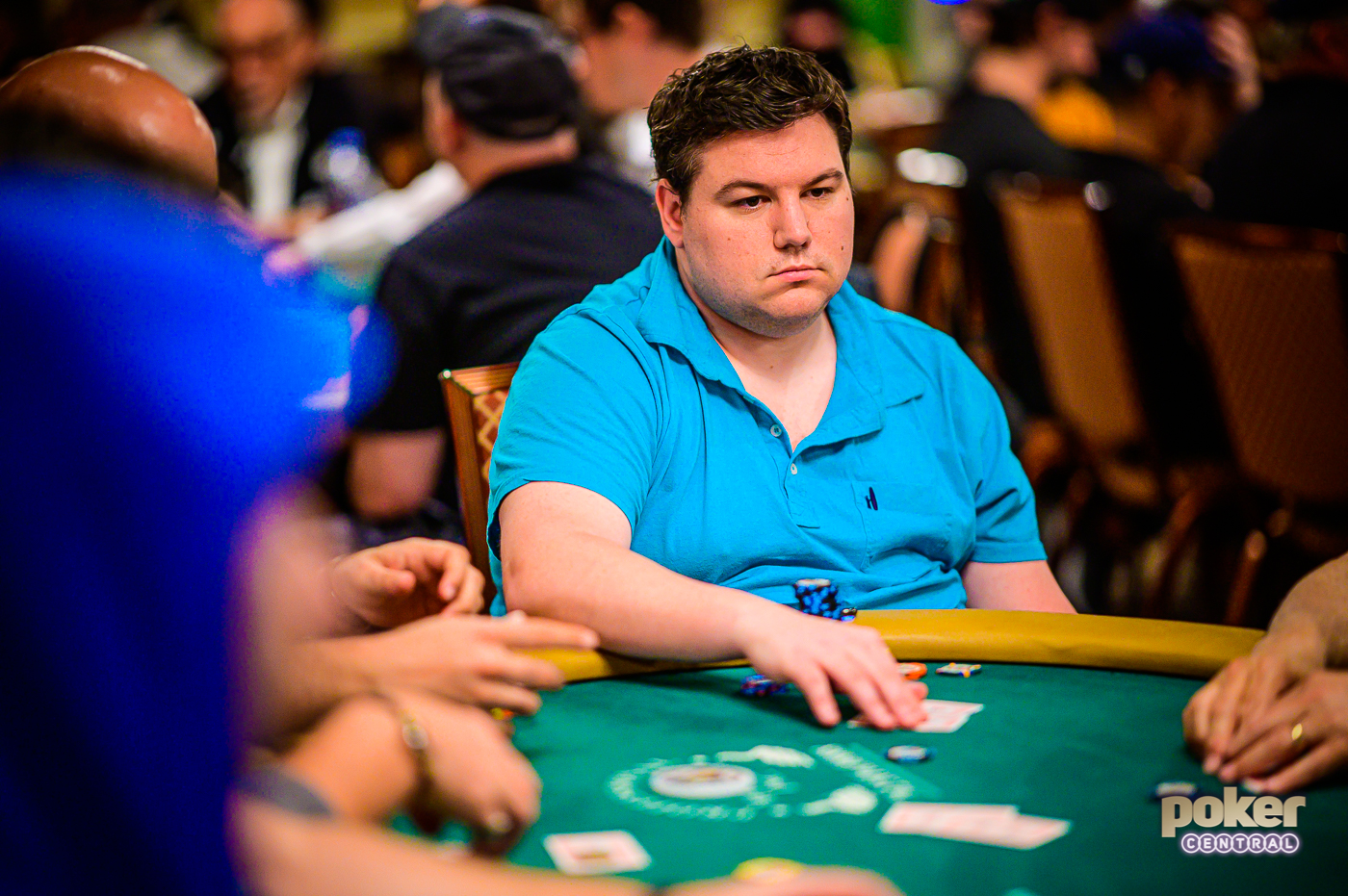 Shaun Deeb during another great WSOP day...could he be back-to-back for Player of the Year?

A grand total of five events other than the WSOP Main Event took place on a very super Tuesday at the 50th annual World Series of Poker at the Rio All-Suite Hotel & Casino. We take a look at all the action, from reaching the final table in the Final Fifty to brand new Day 1s in both Pot Limit Omaha and No Limit Hold’em events.

DEEB LEADS THE LITTLE ONE FOR ONE DROP

Day 2 of the $1,111-entry Little One for One Drop has wrapped, with a massive 6,246 total entries being whittled past the money bubble at 937 players, ending on just 412 hopefuls looking to seal a WSOP bracelet victory and bank the $690,686 top prize.

Deeb is putting up a tremendous defense of his Player of the Year flag, and there’s every chance he’ll have another one right next to it, wherever the WSOP might end up next year. He’ll have to battle past plenty of experienced players in this event, but won’t have to contend with David ‘ODB’ Baker, Joe Serock, Nick Binger, Aaron Massey or Maria Konnikova after they all busted having made the money on Day 2.

Some others weren’t so lucky, with Phil Hellmuth, Will Kassouf, Jamie Gold and Greg Raymer all failing to get past the bubble. With just two days of the tournament left to run, how Deeb does will have a big impact on the likely destination of this year’s Player of the Year accolade.

With just seven players still in the hunt for the WSOP bracelet and $1,608,406 top prize, the $50,000-entry Final Fifty No-Limit Hold’em event will return to play to a winner streamed on PokerGO with Brandon Adams in a commanding lead as things stand.

Adams, who has already won an online WSOP.com bracelet this Series under the pseudonym ‘Dr Octoagon’ has four tentacles around the bracelet at the current point, sitting with a stack of 11,970,000 with just seven players left. He’s followed in the counts by Adrian Mateos, who began the day ahead od Adams, but can still feel extremely pleased with his final count of 7,375,000 and will attempt to win his fourth WSOP bracelet.

Following the two men at the top of the counts are two more with everything to gain. Michael Addamo (5,765,000) will fancy his chances of pushing the leaders for the win, while Danny Tang (4,550,000) is shooting for his first bracelet, with the British-based player capable of some spectacular moves at any time. His rise to prominence this year is something of a fairytale, with Tang having cashed over a dozen times for well over $2 million since the year began. He has everything in his locker to win a debut WSOP bracelet.

Three more terrific players will hope for victory too, with former WSOP bracelet winner Sam Soverel (3,600,000) well-placed to make a run. Shorter-stacked Ali Imsirovic (2,190,000) and Keith Tilston (1,500,000) will both need to get off to a strong start to make an impression on the leaderboard before the blinds harm them.

Could Tu Dao join Susan Faber as a female player to win an open WSOP event this summer? That’s the question on many fans’ lips as we head to the final six in the $3,000-entry Limit Hold’em final table.

Dao didn’t lead heading into play but after busting Calvin Anderson, the Canadian player who has already cashed in this year’s WSOP, built her stack time and time again throughout the day. With 954,000 chips, Dao leads from French player Alain Alinat, who has 805,000.

With Oleg Chebotarev (672,000) also threatening the top of the leaderboard, the other players battling for the title, Jan Suchanek (599,000), Chad Eveslage (431,000) and Ian O’Hara (410,000) are not so far behind as to count themselves as anything other than serious threats. The final table should be a very close affair, with the bracelet truly up for grabs for anyone who plays great and runs well on the day. With a top prize of $133,189 on the line, anyone could win.

OTHER EVENTS HAVE KICKED OFF

The $3,000-entry No-Limit Holdem event saw Romanian player Vlad Darie grab the chip lead with a stack of 284,000 chips in his bag at the end of the night. Darie’s lead is close, with Andras Nemeth (264,000) and David Margi (263,500) both chasing him down closely, along with slightly less chip-rich players such as two-time WSOP bracelet winner Athanasios Polychronopoulos (221,000). They’ll all be desperate for the top prize of $380,090, but plenty of the 148 players who go into Day 2 will be hoping to survive to twelve tables stage, with just 101 players making the money, trebling their buy-in to $4,506.